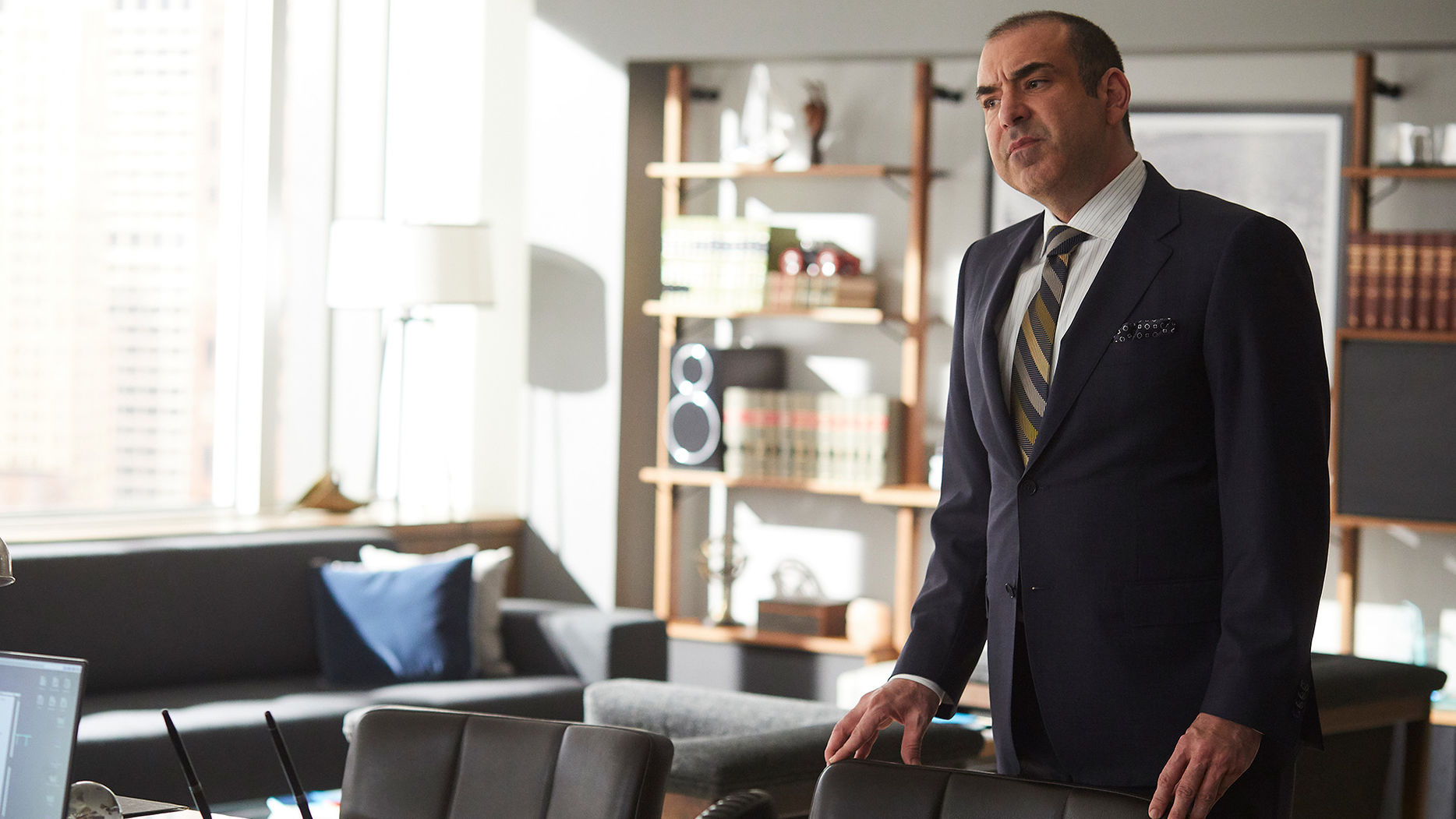 Suits is doing good so far with its set of six leads that it’s chosen to focus on this season. And often, for the purposes of storytelling, it chooses to follow a few of them from episode to episode. This episode, Robert and Donna got the backseat as plot lines of Harvey, Louis and Samantha took center-stage, with a bit of Alex thrown in for good measure.

What’s also interesting is a conscious (or subconscious) decision to have all three narratives involve children at some level. Harvey is forced to handle his brother Marcus’s divorce case and fight over custody of Marcus’s children which his wife Katie refuses to share. Samantha takes Alex William’s young daughter Joy under her wings and gets her entangled in one of her cases. Louis hesitantly agrees to undergo a fertility test to ascertain if he’s going to have any problems having children. Whether or not the children are shown explicitly, they’re certainly at the helm of things around them.

Like a lot of episodes of Suits these days, the emphasis is not really on the legalities of the cases themselves, but more on the personal toil it takes on our leads. As Harvey explains by the end of his case’s resolution to Donna, the fight for shared custody of his children took a piece of him. Louis would agree with that sentiment, having to give up his most passionate activity to improve his chances of having a child – Mudding. Sheila rightly argues that if Louis can’t give up something before their child is even born, who’s to say he’s going to be willing to do anything for the child going forward. Besides, I don’t really see why it’s hard for Louis to give up mudding, given that it’s only for the duration of their conception; once they’ve conceived a child, he could very well go back to indulging in his dark fantasies. 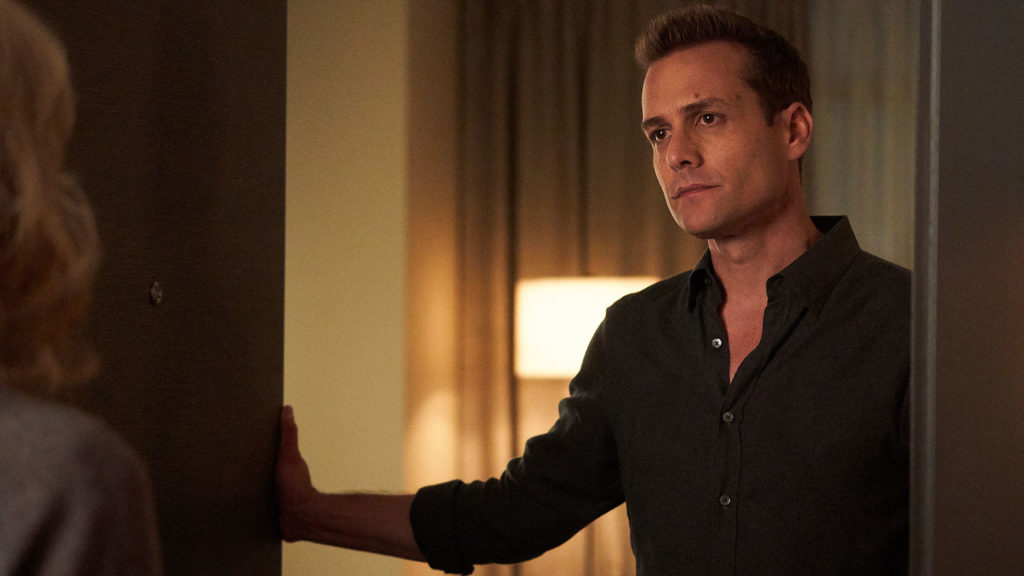 Things also get intensely personal when Alex confronts Samantha about involving his teenage daughter in a law case, by using her to spy on their opponents in a public place and putting her in a deposition. To an extent, I agree with Alex, in that his 15-year old is too young to be taken through the ropes of a legal case. It could’ve easily backfired had the shady duo on the other side decided to do something in retaliation for what Joy did. Thankfully nothing of that sort happens and Samantha quickly realizes her folly and pushes Joy towards her dad, in a heartwarming moment that also feels kind of hackneyed at the same time.

Somehow, with most episodes of Suits, the central conflicts are always resolved by the episode’s end. And no matter how deep a pit the characters dig themselves into, they almost always find a way to crawl out of it. Gone are the days of say, Season 2, when Daniel Hardman’s entry into the firm, then called Pearson-Hardman, introduced a multi-episode arc of sorts than kind of lasted the entire season, even spawning mini-episode arcs in its own right. These days, quick resolution is the norm. However, to the credit of the writers, there still is the issue of the firm’s next named partner building up consistently over the past five episodes and it looks set to continue until the end of this 10-episode run at the very least. Let’s hope we get more of such arcs in the future; it raises the stakes when things don’t pan out happily by an episode’s end.