Suits wraps up its decade long run on an emotional note, giving a fitting send-off to each of its characters. 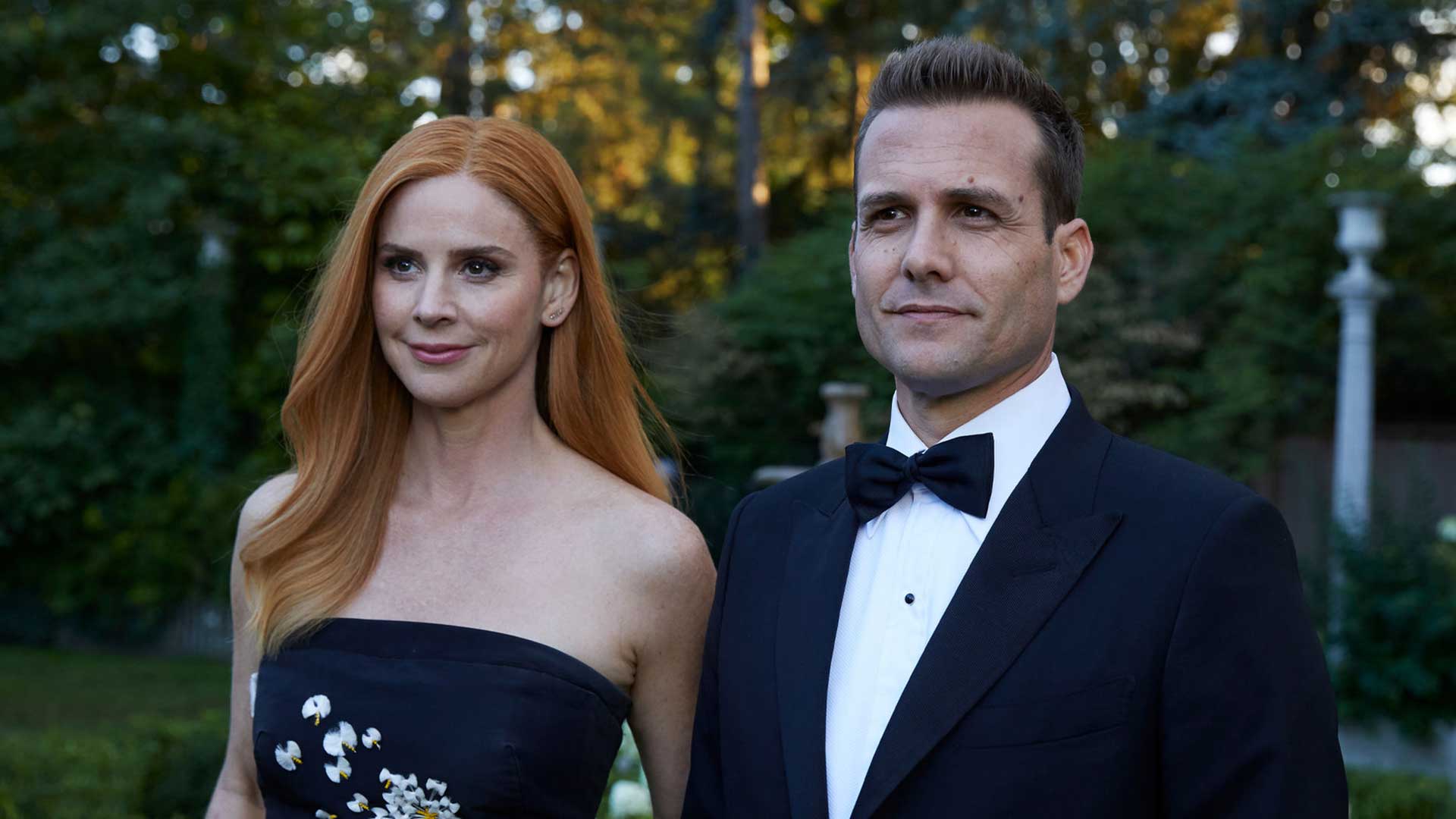 Suits wrapped up what was nearly a decade’s run relatively smoothly as it gave fitting send-offs to its pivotal characters. Callbacks abounded, emotions ran high and everyone got their fair share of high points in an episode that didn’t soar as much on plot as it did on settling its characters. Showrunner Aaron Korsh returned to write and direct the episode and you can see he had a finish in mind as despite the marginally extended runtime, he closes out the narrative with plenty of time to spare.

It naturally follows then that Faye’s subplot wasn’t going to last long. Conveniently enough, she’s pretty much done with in the first half of the episode as Harvey brings Mike in on his deal with Faye and the duo concoct “one last con”, a reference to the times they’ve spent working together on cases, to pull the firm out of this state and dispense with her once and for all. But the final blow that gets Faye to depart is even more conveniently handled off-screen as Harvey seemingly proves he’s the best closer in town as he gets Faye to walk away with a catch that’s revealed much later.

I liked how the focus here wasn’t really to drag Faye’s conflict through the episode and instead, spend time to carefully wrap up the storylines of the show’s central players Harvey and Louis. From being a douchebag in the show’s initial episodes, Rick Hoffman has had a great turnaround as Louis as he became the show’s other protagonist. He gets a nice wedding with Sheila and a daughter delivered thereafter. But the real test is that despite these seemingly overwhelming situations, Louis doesn’t lose his calm and keeps it all together. His long-running therapy sessions with Stan turn out to be the segments that bring his arc to a close as he transforms from a man of anger to a man of patience. And he finds a new friend in Stan who officiates him and Sheila as man and wife.

Speaking of weddings, I’m also glad the episode didn’t shy away from bringing Harvey and Donna together. And by together, I mean Harvey proposing to Donna in a surprise move and the duo officiating their own marriage in Litt’s ceremony itself. While the sequence itself ran longer than it should’ve, the showrunners understandably wanted to give #Darvey several romantic moments that viewers could carry memories of for quite a while after the show’s end. Again, it may not necessarily be the best of storylines and was more reminiscent of a wedding movie than a legal drama but it was a well-deserved one for the characters and as good a close as we could’ve gotten for them.

Finally, the status quo undergoes a dramatic shift as Harvey decides to leave for Seattle, a move which likely got Faye to relent to begin with. He’s decided on the importance of living a good life, but more importantly, a selfless life where he can help others, spend time with his love, and not be a part of this aggressive New York environment that he was so caught up in. This leave’s Samantha, Louis and Alex as the firm’s new named partners and while Harvey doesn’t apologize to her directly, the trio name Katrina as a named partner as well. Again, a lot surprising given her relative lack of experience but it completes her own arc as well from starting out as an associate and working her way to the top. Korsh also sneaks in a joke about the firm changing its name so often and asks them t

The beauty about the finale is that it uses its time well and so, doesn’t end up rushing through any of the moments. Without overstaying their welcome, each of the closing punches get enough breathing room to play out in their entirety and land with just the right amount of impact. And Harvey’s final decision leads him to work with Mike and consequently get interviewed by him, in a touching callback to the show’s very first episode where an on-the-run Mike was interviewed by Harvey and taken in. Being one of the episode’s last scenes, it really helps bring things full circle.

Looking at the time Korsh took to wrap things up, it was evident this ending was planned for quite a while. And that’s great because it’s much better going out like this than abruptly ending up being cancelled or delivering a forced ending due to ratings not doing well. By knowing a year in advance that it was time for Suits to wind up, the show’s creators were able to deliver a finale that ties everything you’d expect together. It was a shame that we didn’t get to see Meghan Markle cameo as Rachel Zane-Ross or Gina Torres as Jessica Pearson make a comeback; while the latter’s absence was in part due to Pearson, the former it seems got a small shoutout in regards to her marriage to Prince Harry.

The end result of this planning is that Suits went out on its own terms instead of being rushed to completion. And that’s what makes the ending so memorable, instead of being an afterthought. For all its ups and downs, for all the subplots that were hits or misses and for all the cockiness at display by its characters, Suits has entertained us for close to a decade now. It feels good to see the characters get such a touching finish and move on with their lives, as we will move on to other shows. For what it was worth, Suits will be dearly missed. This is me signing off on reviewing Suits, it’s been a great ride.