Donna and Harvey take their relationship to the next level as Faye tries to drive a wedge between the two. 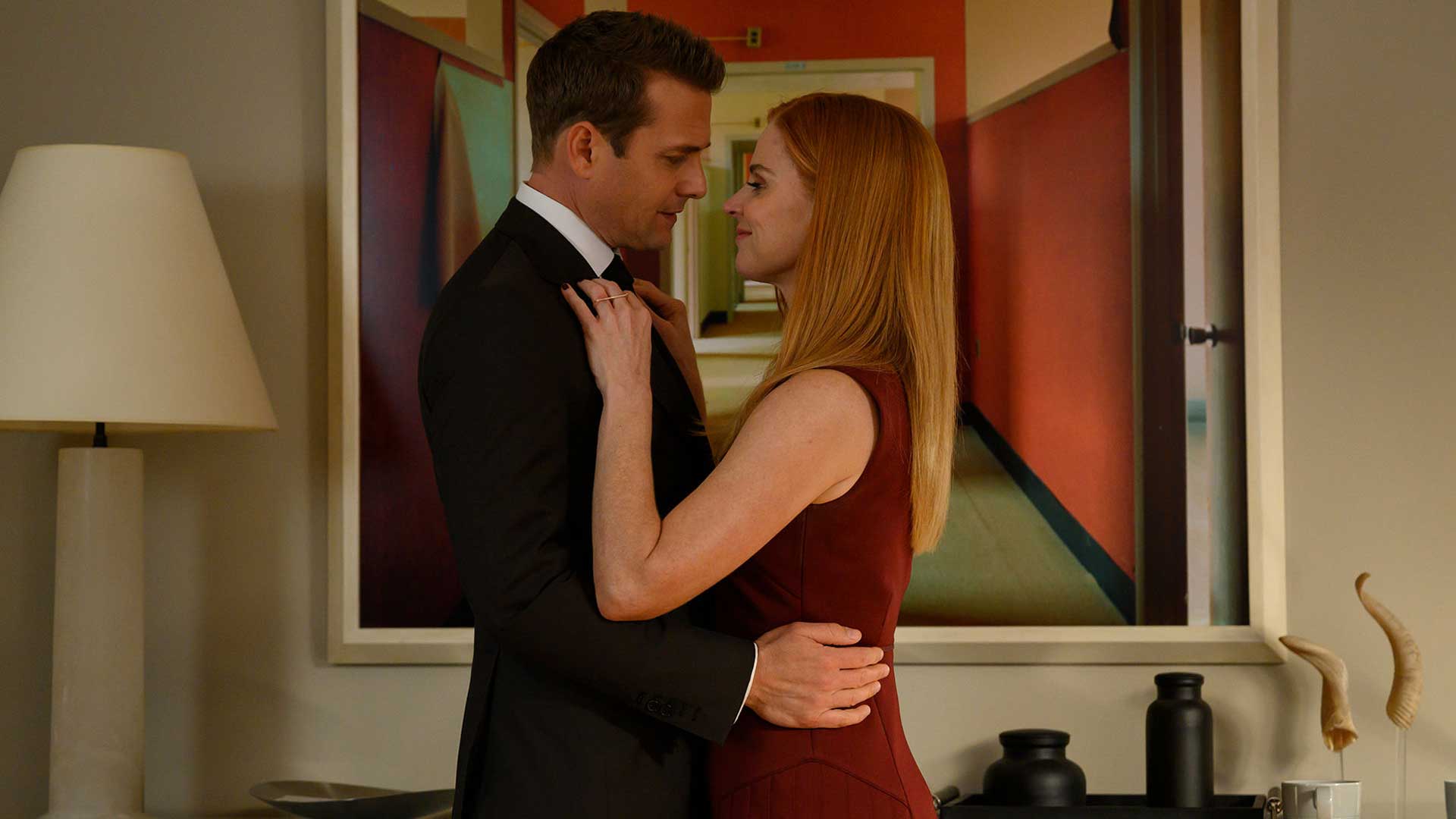 This week, Suits was yet again heavy on Donna and Harvey’s relationship as the duo encountered a stumble courtesy Faye Richardson’s attempts to drive a wedge between the two. Louis continues to grapple with the dual loss of his named partnership role and his associate Gretchen as Alex Williams finds himself in unlikely trouble thanks to a past deed rearing its ugly head.

Darvey ran into quite a bit of problems as Faye found out about their ongoing relationship. Being the taskmaster that she is, she saw problems when two of the top company members who have voting rights were together. Consequently, she gets one of them to back down and relinquish their voting rights, a decision that sits well with neither of them. Add to this Donna’s father trying to accept her decision to choose Harvey who he feels is a selfish, egotistical man, and you got yourself some trouble brewing.

I half-expected Harvey to give away his right to vote and let Donna keep hers. While it would’ve been a great gesture on his part to declare that he values Donna’s career as much as his own, it would have been predictable enough to wear out thin. Instead, he rallies together his comardes who together pull out the rug from under Faye’s feet as they slam the updated code of conduct that explicitly forbids her from doing anything of the sort.

That said code of conduct was drafted by Katrina who continues her ascent into the good books of Faye. At this point, she’s the only one Faye can somewhat confide in and who Faye knows is more concerned with doing the right thing than siding with one party over another. And because Faye isn’t an outright antagonist, considering a lot of what she says does makes sense, Katrina is against betraying her entirely. So when Louis calls upon his friendship with Katrina to seek a favor to get Gretchen back by sneaking in a page in the conduct code, Katrina is upset. She’s been put in a tough spot by Samantha in the past and that’s one thing she doesn’t appreciate: people taking advantage of their relationship with her to put her in uncomfortable professional situations.

Harvey meanwhile made great strides as a gentleman though a lot of it did feel forced. I guess it has to do with the transition happening over the course of a single episode, as opposed to it being an arc. Harvey has always been the cocky type so in that sense, you could say it was a series-wide transition, but it still felt abrupt and sudden enough to fail to make an impact. Similarly, Louis and Harvey’s fights have lost all steam in recent seasons, if only because we know they’re going to be resolved fairly quickly. I’m okay with that though since the duo have been through their fair share of quarrels, rivalries and upmanship battles so having them reconcile fast is indicative of how strong their friendship has grown over the years.

Alex got quite a bit to do during this period in a case that tied back to Mike’s time in prison. Again, it’s all too convenient for a huge conspiracy he kept hidden to rear its ugly head all of a sudden but that’s what we’ve come to expect of Suits for now. In short, Alex inadvertently helped cover up a prison guard’s murder and was framed in the conspiracy. So when an old “friend” Greg shows up demanding a favor, he’s rattled. Thankfully, Samantha comes to the rescue and helps mend his relationship with his wife which is on the verge of going sour after he reveals this cover up from 8 years ago.

I did feel Louis was being a prick, lashing out first at Susan’s parents and then yelling all through just because he lost his assistant Gretchen. Again, depending on how you look at it, it actually goes to show just how petty Louis can get and Rick Hoffman has no problem channeling that inner rage just about whenever it’s expected of him. At this point Faye has all about trumped him so it was great to see him walk to her and slam papers with everyone threatening to resign if Faye didn’t straighten up (that was a cool, badass, if slightly over-the-top moment).

Overall, Suits is running in its stride and while the days of cutthroat rivalry and court cases are long behind us, there’s still some legs left in getting its characters to the finish line. Hopefully, Suits has enough up its sleeve to give us a few more entertaining episodes before it winds up its glorious run. And with Mike Ross set to return next week, Episode 5 is going to be really exciting.