The partners in Suits assemble to toss Faye out once and for all. But do they succeed? 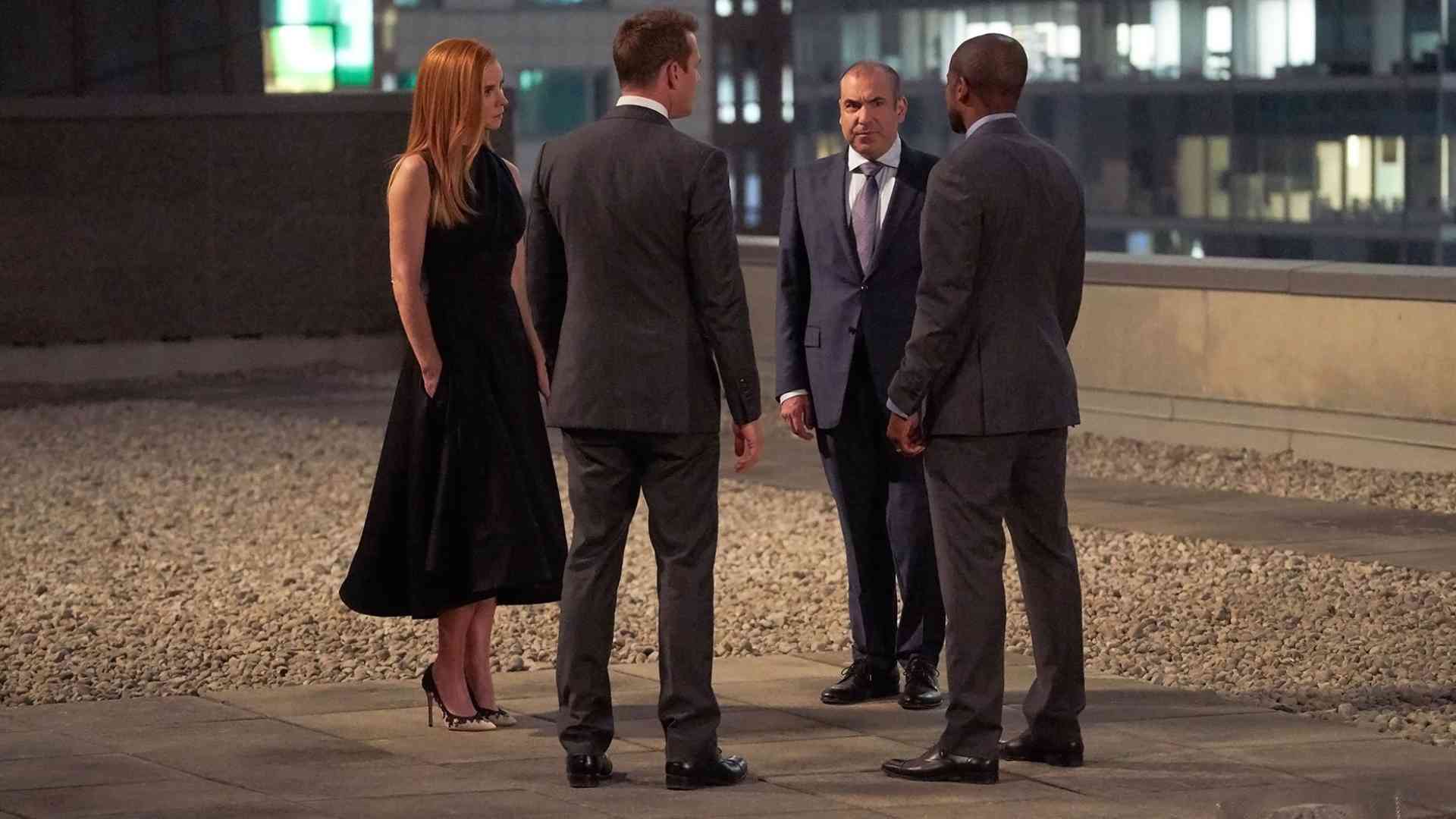 Suits hasn’t been shy of its move references, sometimes obscure, mostly recognizable. The title of its sixth episode is a direct reference to a quote in this year’s Avengers: Endgame, although the plot is only marginally similar. As in the movie, the partners at Specter-Litt… (forget it) unite to swear revenge on Faye after she ousts one of their own, Samantha. They decide to hatch a plan to throw her out, quoting the phrase, “Whatever It Takes”.

I must admit I’m a bit late in writing this review and find myself revisiting the episode’s synopsis to fill in the missing details. The remainder of the episode mostly centers around the gang’s attempts to find dirt on Faye so they can throw her out. And find dirt they do, but at a cost that’s probably too much for even our schmucks to take. All of this, as Brian returns in Katrina’s life for a stormy cameo akin to Mike Ross. And so does Wendell Pierce as Robert Zane.

I found the A-plot a bit too forced and convenient, in terms of how the guys dig up sketchy details about Faye’s past, or even the fact that she has any. If she didn’t, it would’ve made for far less drama and as is customary in Suits, things get a bit too convenient at times. But perhaps the episode’s greatest accomplishment is that there are genuinely times when I find myself rooting for Denise Crosby’s Faye, despite what she’s made the firm go through. Au contraire, I’m beginning to despise the guys and their approach to throw Faye out, which they’re so blindly hellbent on.

Katrina’s subplot with Brian was also a bit tepid, in that it brought out old wounds instead of taking the story somewhere new. Again, I’m glad (yet) they haven’t shown Brian divorced and ready to move in with Katrina because that would be such a fairytale ending to their entire fling. Instead, this back and forth dance had a lot more potential in office space that the writers mined. But that’s the thing: it’s all been mined in Season 8 and at this point, it serves nothing more than to shoehorn all prior characters to make an appearance in the final season somehow, one last time. It’s basically fan service at this point, if there are any fans of a Brian-Katrina romance.

Speaking of fan service, Wendell Pierce returns as Robert Zane, talking some sense into Samantha and pulling off a last minute agreement that covers her actions. I’ve got to admit some curiosity about where exactly Zane goes all dressed up, given he was disbarred in the Season 8 finale and his license revoked; has he taken up a new, non-legal job in a legal firm? That goes unaddressed but Pierce makes quite an impression in his cameo, as does Kevin Dunn of Transformers (and many other movies fame) as Faye’s ex-husband who provides a delightful performance bordering on innocent and wicked.

Amid all the hustle, I found Susan’s small arc to be a good reminder of the kind of growth all these characters have seen. Vying to become Katrina’s associate, Susan offers her services despite rubbing Katrina the wrong way. In the end, she does end up being promoted to Katrina’s associated and celebrates her win. We’ve been watching the show’s managing, named and senior partners for so long that this brief perspective into the life of an associate-level employee was a good refresher. Once upon a time, Mike Ross and Rachel Zane helped us with these viewpoints but it’s good to see the shift in dynamic higher up the ladder compared to the ground.

On the whole, this was a fairly entertaining, if often convenient episode of Suits where everything started off with a messed up situation but was resolved quite amicably. I wouldn’t be surprised if the show ends with Faye being made the CEO of the firm, with its title changed to something more meaningful rather than being named after its partners. At this point, it appears to be the most convenient resolution the show could be headed towards, but we’ll see.