Suits thunders its way to the finish line in a thrilling, if somewhat implausible episode. 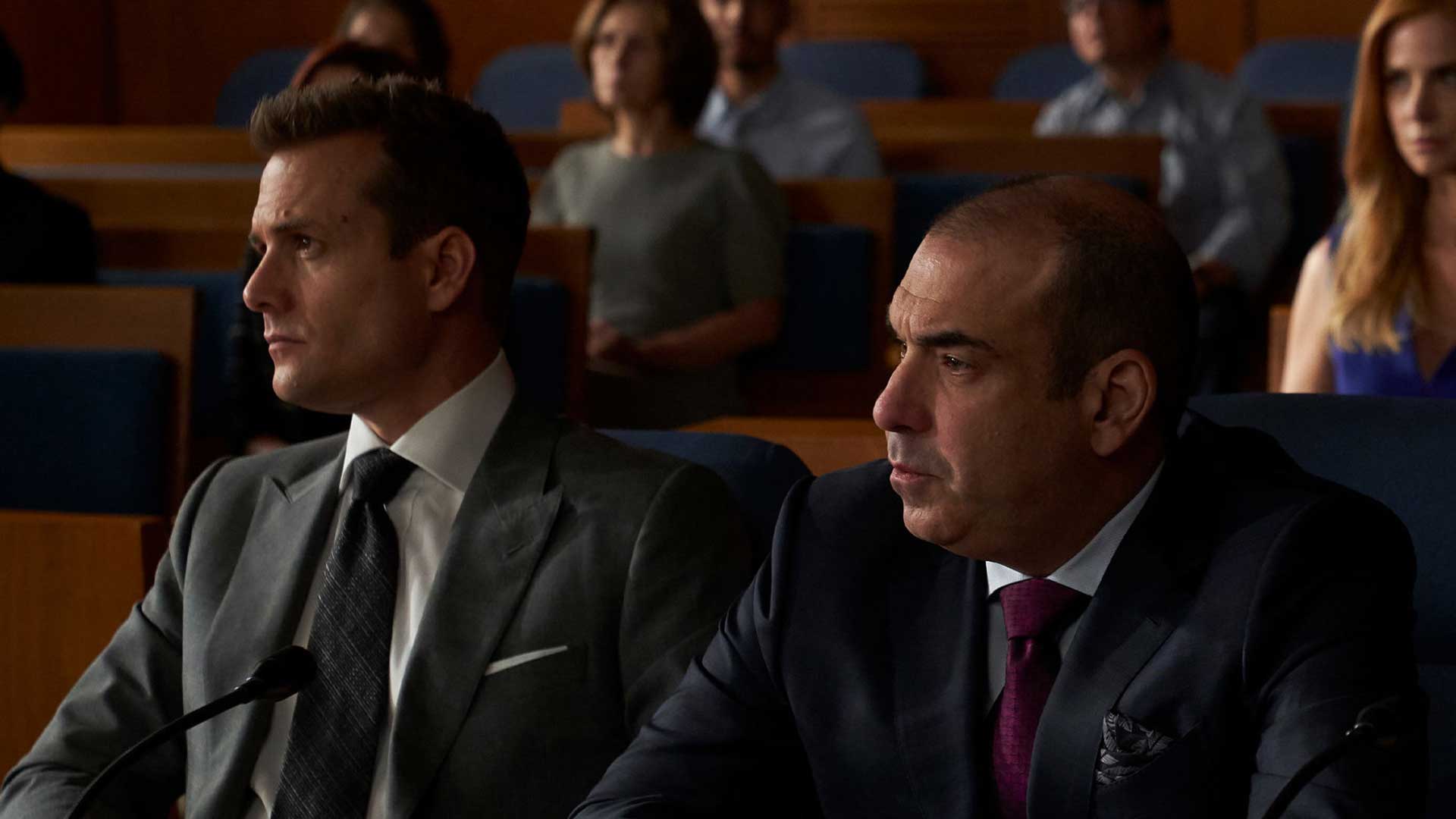 Suits delivered a riveting penultimate episode as it stayed true to its title, thundering away toward a close. After a few diversions, the focus returns on Faye and her firing of Samantha back in Episode 6 who is now defended by returning alum Mike Ross (Patrick J. Adams). At the other end, Faye lures Harvey and Louis into defending her with the promise of leaving the firm if they win, provided they collude with the opposition on this.

Generally, Suits has multiple subplots going on to give each of the characters some room to breathe. Considering the show’s about to end though, the writers choose to run with just the main Faye plot, bringing everyone on board in some fashion. Sure, there’s the prologue with Harvey’s mother and her unexpected demise but it doesn’t last long and while it does, it’s incredibly touching to essentially see Harvey at his lowest as his colleagues are there to console him.

The general implausibility and unreasonable / forced nature of the conflict aside, it’s great fun to see Harvey and Louis go after Mike and Samantha. I’d much have preferred Mike and Harvey team up like the old days in their final outing, a fact that they even bring up in one of their moments together but this way, Suits at least avoids a clean ending. And it also keeps the guessing game alive for even though we know there’s just no way Harvey & Louis are losing this thing, having one of our own at the opposition makes the back and forth deposition somewhat more interesting.

It is also fascinating to see just how much Louis has matured over the course of the show’s run. Finally, he does acknowledge Stan’s role in his emotional growth and seeing him be the bigger man with Harvey tugs along your heartstrings really nice. Whether it’s his handling of Harvey, the deposition or even his subsequent guilt, this is a changed man and Rick Hoffman channels the nice-guy-Litt we’ve gotten glimpses of thus far a lot. I guess we can all agree Louis is ready to be a father at this point, which is how his arc should conclude next episode.

Harvey went through a rough patch as well. The courtroom stuff aside, he’s healing from the loss of his mother and realizing, as Louis put it, that it’s not as simple as delivering an eulogy at a funeral and being done. It takes a toll as we learn, when he lashes out at Katrina for delivering evidence to the opposite side to help Mike gain an upper hand. Despite knowing that Suits is going to end up correcting things by the next episode’s close, it was still brutal the way Harvey came down upon her.

At this point, we’re more interested in seeing how Suits wraps up its core character arcs than the case being dragged for another entire episode. Which is why, it would make sense if the Suits series finale next week wound up this arc by the first half of the episode and instead focused on giving these lawyers we’ve been on a journey with for a decade a proper closure. Whatever that ends up being, I’m expecting to get a bit moist-eyed already.

Suits hasn’t had the most flawless of runs but it’s been a delight watching the show. It started off as being pretty terrific, before losing some of its audience as it made the decision to focus more on the personal lives of its characters and tone down their aggressiveness a bit. Mike’s prison subplot also received substantial criticism though in the show’s context, it was necessary to put the lingering “Mike Ross is a fraud” issue behind them. We’ll now see whether all that was worth it or if the writers will mess up big time by pulling off something entirely unexpected which, given the show’s history, I highly doubt.