The movie releases this fall. 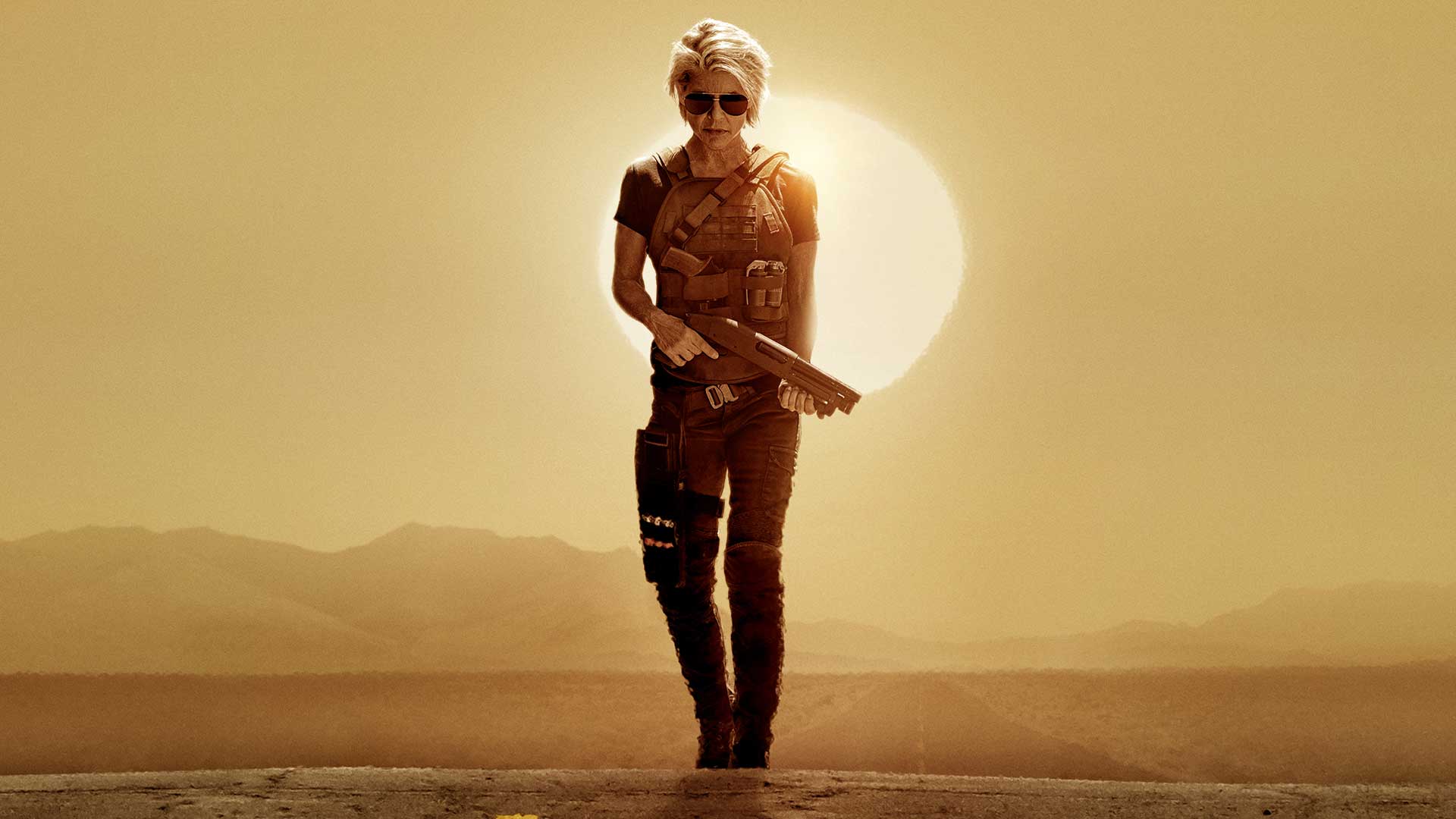 The first trailer for Terminator: Dark Fate is finally here. Linda Hamilton is back as Sarah Connor in the role that made her a legend, the character herself becoming iconic as a result of the potrayal. Joining her are Latina actress Natalia Reyes as Dani Ramos, Mackenzie Davis as Grace and Gabriel Luna who plays the new Terminator that’s out to get Reyes as Davis is sent to protect her. The trailer is packed with action presumably to sell the franchise to the masses and appears to contain a lot of the same footage that was played in CinemaCon last month. Have a look.

There are a few intriguing plot beats, as Reyes is revealed to be a past version of Grace. She’s essentially been sent back in time to protect herself, presumably because she is the key to winning the war. The machines meanwhile have sent Luna’s more menacing Terminator to exterminate her, who has the ability to split into two now. Arnold is merely there for a scene; his appearance is possibly saved for a future trailer. Either that or he has a minimal role in the movie.

Once again, a Terminator trailer focuses a lot more on action as opposed to character. I’d like to love this movie a lot but thus far, it’s partly emanating Genisys vibes. The action looks top-notch and I have no doubt the added budget (reportedly a whopping $255 million) will lend some authenticity to the sequences. Hamilton and John Connor are also set to be de-aged digitally through CGI which should again make for some interesting VFX. But whether the story will still hold up to Terminator 2 standards, I cannot tell. Most definitely not after watching this trailer.

Terminator: Dark Fate releases in theaters on November 1, 2019. Let us know what you thought about the trailer in the comments below.