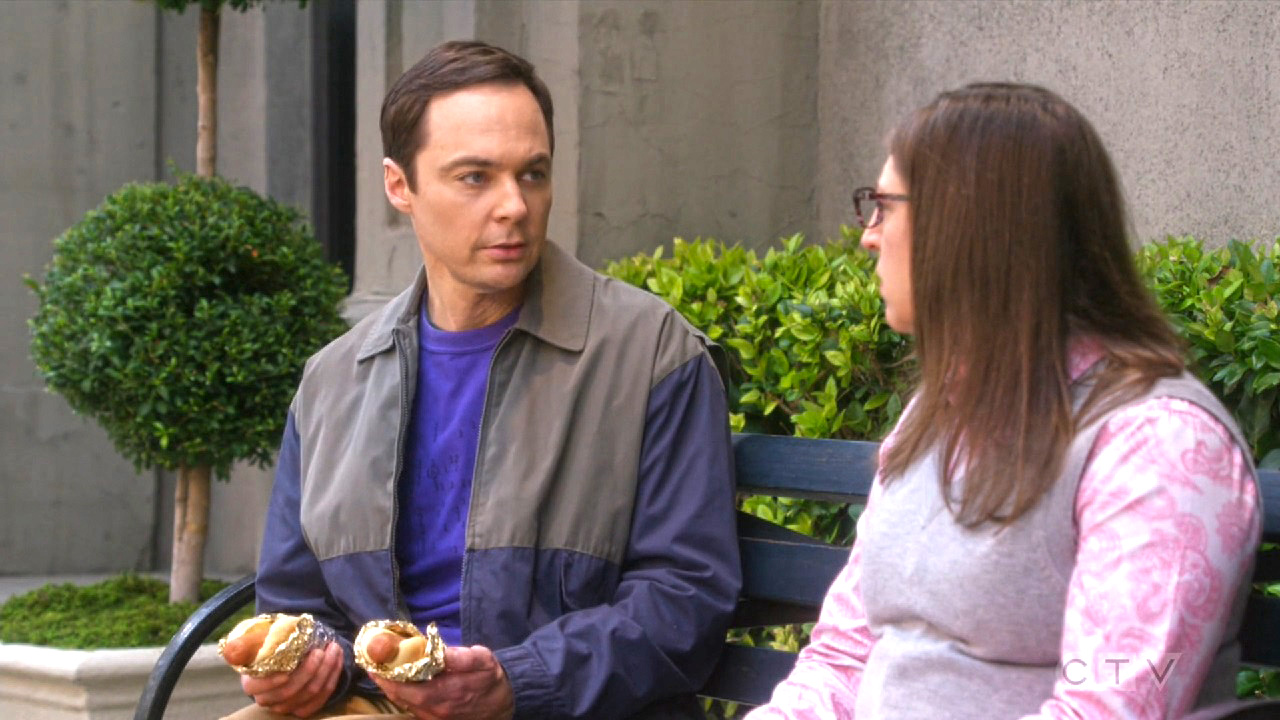 The inevitable moment is finally here. What shall hence be known as the final season of The Big Bang Theory has begun and once the next 23 episodes have all aired, it’ll mark the end of an era of situational comedy that braces us once in a decade. Or perhaps that’s just me overstating the importance of a show that many in the online community feel long ran its course around Season 6. You decide.

For now, The Big Bang Theory is here to stay at least for this one final season and so are its 24 episodes. And we start off with the first one, on the heels of the epic Season finale that saw Luke Skywalker himself marry Sheldon and Amy with Mark Hamill’s grand guest appearance. I imagine this season will be about getting Sheldon to a comfortable place in his marriage with Amy, and perhaps even shed some of his annoying quirks to mould out the most pragmatic version of his character and we see the seeds of that in the premiere episode.

Amy begins to get flustered with Sheldon’s consistent insistence upon following a schedule for their honeymoon and by the episode’s end, comes up with the perfect compromise: allowing Sheldon the flexibility to schedule things, just refrain from telling her. By not knowing what’s due next, she gets to enjoy her spontaneity as Sheldon gets to stick to his schedule. Other than the fact that we got to witness some fresh New York settings, including Legoland, their subplot was more or less drab at best.

Meanwhile, Amy’s father has been hiding from her mother in Shamy’s apartment and their squabble opens up a new can of worms for Leonard’s and Penny’s relationship. With so many episodes, I don’t remember if this has been fully explored beforehand but the Penny dominating Leonard angle is one that resonates perfectly with the married couple. Leonard has always considered himself fortunate at some corner that he landed a girl like Penny and it’s only natural for that guilt to seep in, even if occasionally.

Howard and Bernadette were almost entirely missing in action as far as their plot developments go, perhaps understandable given that they got a meaty arc last season thanks to actress Melissa Raunch’s real-life pregnancy. Raj has a small part where his reputation as an astrophysicist leads to an appearance on a TV Show to discuss the stars and the weather, and in classic Raj style, he screws it up. He ends up throwing jabs at Neil deGrasse Tyson which leads to a hilarious appearance from the man himself.

That’s right. Tyson returns to the show after he appeared back in Season 4 episode The Apology Insufficiency (yes I looked it up). I’m keeping my fingers crossed for more appearances from him on the show since he feels like the perfect fit after Stephen Hawking to serve as a recurring guest star. Aside from a few bits of chuckle here and there, there wasn’t anything important about Raj’s subplot per se. Even so, the fact that it didn’t revolve around his dating life for once or didn’t try to hook him up with the hot TV hostess is a refreshing change of pace.

On the whole, despite its lackluster plots, The Big Bang Theory managed to turn out an entertaining fun episode that flows like a breeze for the 20 minutes it aired. I’m hoping against all hope though that future episodes will be a lot more substantial and impacting than this one so that we end up finishing the show on a high.

Watch The Final Trailer For Fantastic Beasts: The Crimes Of Grindelwald