The Big Bang Theory returns to its old roots by doing an all out geek episode themed around Dungeons and Dragons. 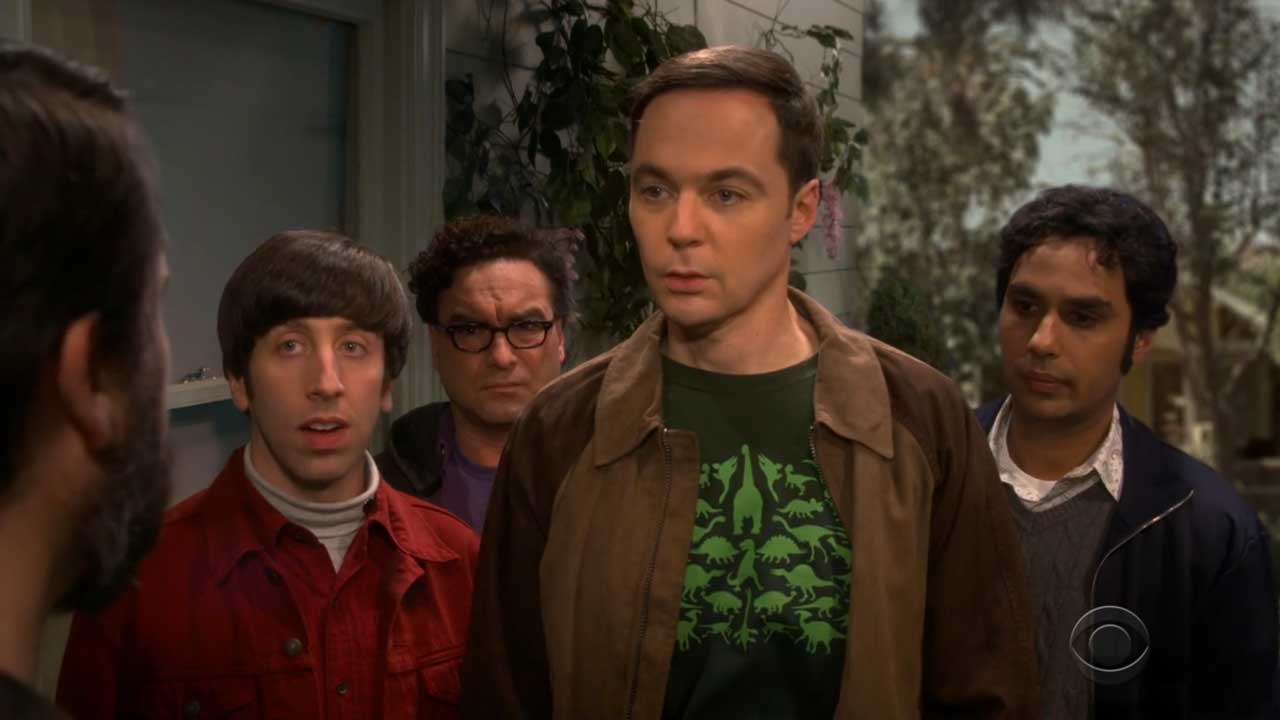 Just like the old times. The Big Bang Theory truly returned to its roots, giving us an all out geek-focused episode revolving around Dungeons and Dragons. Several celebrities made an appearance in this star-studded outing and for once, the characters’ personal problems and relationship issues took a backseat as we delved into what made these four tick in the first place. And in case you were wondering whether the girls were left out, they were in on the fun as well, except Annu who was surprisingly missing throughout the episode.

Unlike other episodes in the recent past, there were no subplots at play here. Everyone was involved around the central narrative that revolved around our band of boys – Sheldon, Leonard, Raj and Howard desperately trying to secure an invite to Will Wheaton’s D & D game alongside the likes of William Shatner, Kevin Smith, Kareem-Abdul Jabbar and Joe Manganielo. It’s fun to see the guys geek out and the girls not really giving a damn; even though it’s a joke we’ve seen play out countless times there’s just something incredibly hilarious about the four jumping off to predict the list of celebrities that could appear at the game using graph theory as the girls resign to their fates.

The celebrities themselves didn’t have much to do (as is usually the case with these high profile appearances, remember Bill Gates?) but the main cast nicely bounces off them. I found it weird that Leondard didn’t recognize Joe Manganielo; as the guy who almost ended up playing Deathstroke in Ben Affleck’s version of Batman you’d think a comicbook fanatic like Leonard would be aware of it. I guess they didn’t want to intentionally reference it since none of it was really official. Leonard going dumbstruck upon seeing everyone was played to perfection by Johnny Galecki, as was his scene when he enthusiastically describes the game to Penny who doesn’t care until Manganielo’s name comes up courtesy his appearance in Magic Mike.

These are kind of the fun outings The Big Bang Theory indulged in for a long while until the relationship issues and subplots took centerstage. This is why the episode comes as such a breath of fresh air, and is probably the kind of thing the show should be doing more often. I’d like them to move outside their comfort zone and explore some newer, more recent themes as well, whether it’s the crazy comic runs that Marvel is having, or the upcoming rivalry between Captain Marvel and Shazam (who is also known as Captain Marvel) instead of just tying them to Dungeons and Dragons which, we’ve admittedly been seeing since the show’s inception. It was a bit disappointing to leave Annu and Denise out of the action, although that could be in character for Annu since she’s the kind of person who doesn’t come across as interested in these antics. Denise though, would’ve totally impressed the celebs with her geek-savory in the D&D session.

On the whole, it was a pretty fun outing of The Big Bang Theory that took me back to the old days when we had loads of fun with the geeks without a care about the larger worldly issues. I suppose it’s one of the show’s ways of giving us nostalgia trips before it runs its course in the next two months, with only 8 more episodes to go.

The Road To Avengers: Endgame – Thor