Women switch up roles with men in a narrative propelling episode of The Big Bang Theory. 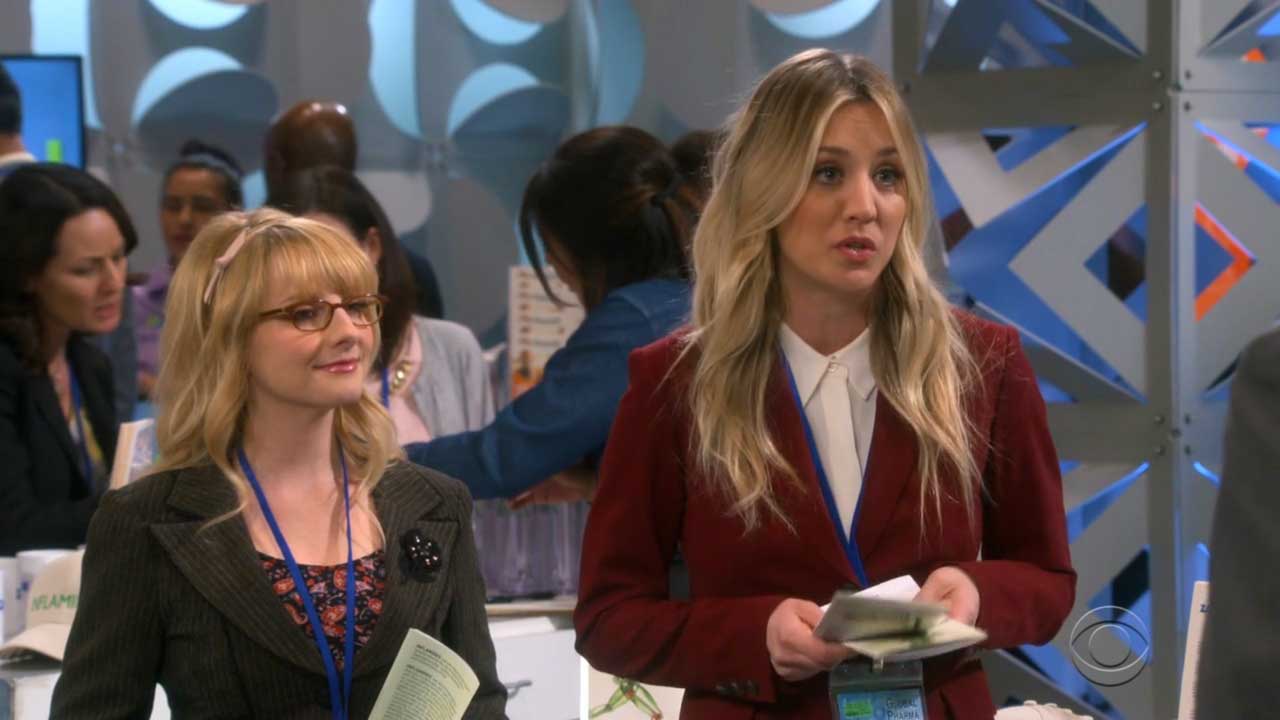 On the ocassion of International Women’s Day, The Big Bang Theory joins in by having women and men essentially swap roles. Thus, the women attend conferences, make sales pitches and tackle job offers as the men spend some time with Howard’s kids, babysitting them (or as Bernadette would say, parenting – there’s a difference). The episode is quite low on hard laughs compared to say, the last one but does some interesting things that actually takes the characters forward.

Let’s start with the women. Penny has finally reached a stage where she’s comfortable working as a saleswoman, putting her acting career behind. Her employees are getting annoyed since she makes them stay back and she’s even fielding job offers from rivals in a bit of a back and forth, although she eventually decides to stick with Bernadette. Penny has certainly come a long way from the “dumb bimbo” act she put up to naturally growing to outsmart her geeky comrades with a lot of common sense to now being able to headline a firm’s sales. I’m unsure if her arc will end as her becoming professionally successful as a marketing manager or something. Way to go.

At the other end, Amy is able to trick Sheldon into being more accepting and accommodating of kids by treating them as test subjects. The plan works in spades and even though Raj is able to see through it, it doesn’t stop Sheldon from having a gala time with Howard’s kids in his own sweet way. Through her cunning, Amy has subtly implanted the idea of them having their own kid someday, which is something I can totally see the series end with. Sheldon becoming a parent could have actually made for a compelling few episodes in itself but now that the show’s ending, we might only see a glimpse of it.

The frustrating part is Annu being absent yet again. I suppose the show’s writers have decided that the only next logical thing for Raj and Annu is their marriage, so no more squabbling and quarreling and bickering around until the vows are exchanged. I’d like to see more of Annu interacting with the rest of the gang; in fact the episode could’ve been a perfect opportunity to get the four women together and have them enjoy their time out together, only to return and find the men busy playing video games.

So on the whole, some stuff that actually sets the stage for some new changes to come in our characters’ lives, but nothing hilarious at all. There is some fun to be had in Leonard discovering his childhood was a science experiment and Johnny Galecki’s subsequent breakdown. Although to be fair, the only genuinely funny moment came from Stuart’s line about warning Howard not to joke with him. And that’s saying something because that’s the only scene Stuart is in. A decent episode overall.