The Big Bang Theory completes its run with a touching finale that wraps up some long-running threads.

the big bang theoryTV Show ReviewsTV Shows
By Divij Sonak On May 17, 2019 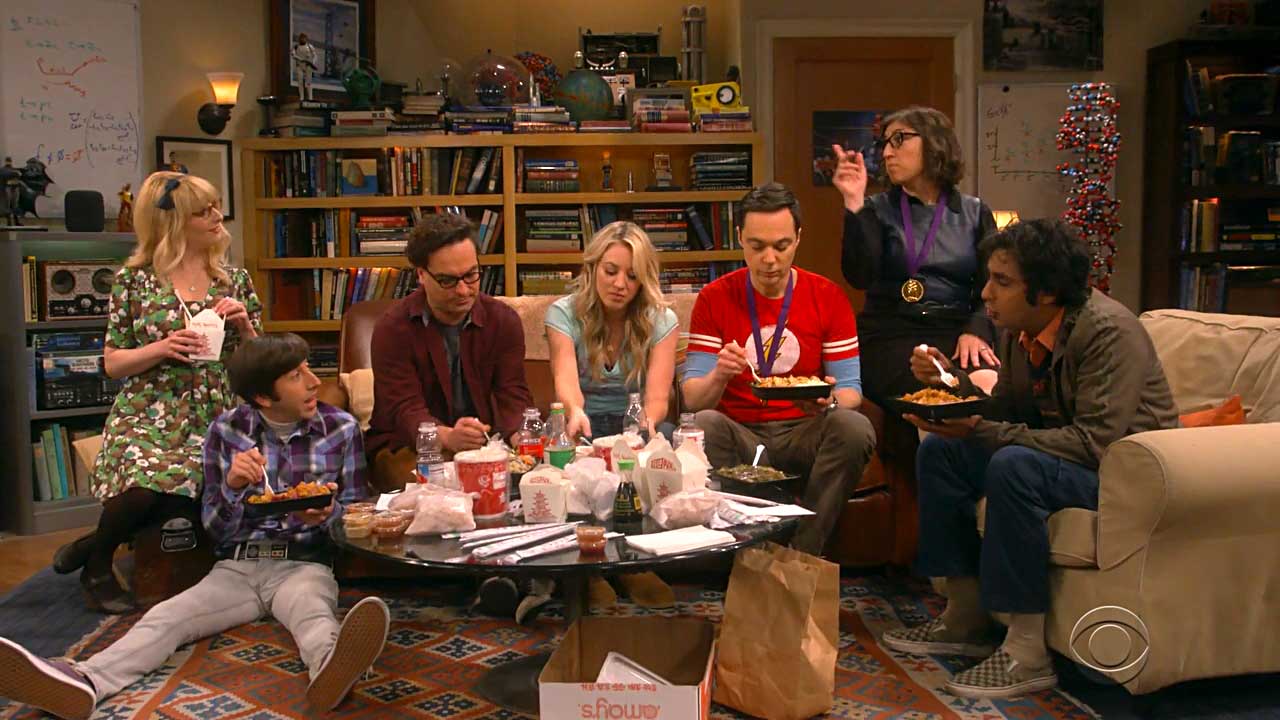 That got, a bit emotional. While The Big Bang Theory has largely been a sitcom, it has often been puncutated with moments that strike an emotional chord. The show chose to conclude with a dual-episode finale that was quite heavy on feelings as the storyline revolves around Sheldon and Amy finally winning the Nobel Prize for their work on Super Asymmetry as they take their friends to the award ceremony. The episdoes combined wrapped some long-running threads and mysteries while providing a satisfying closure to nearly half its cast.

I’m still aghast at how they shortchanged Raj’s arc and basically just left him the singleton he had always been. He had a great thing going with Annu and there seemed no reason for things not to work but in the last few episodes, the writers wrote her out, presenting her London committments as a lame excuse. As a result, Rajesh Koothrapali ends up right where he started, only capable of speaking to woman, and lands a short date with Buffy The Vampire Slayer as Sarah Michelle Gellar makes a cameo appearance. There was great potential in providing some closure to Raj’s meandering ways but in the end, none of his girlfriends or flings panned out.

The other pair who don’t really get much of a closure is Howard and Bernadette. Ever since the duo had children, they’ve been left with pretty much nothing to do on the show, serving purely as comic relief. One could argue that their realisation and subsequent acceptance of how important the kids are to them serves as a winding up of sorts as the pair struggle to maintain their calm when leaving the kids with Stuart (Howard, more so than Bernadette) but that’s kinda put to rest when Bernadette’s parents take over. And by the way, poor old Stuart is left hanging as well, although with his landing a girl in Denise and his art skills being put to some use by sketching The Frightened Astronaut book, we can still take some solace in Stuart going off as better.

Leonard and Penny get quite a lot of screen time. In a rather quick development that happens in the time between the episodes, Penny gets pregnant and again, rather quickly, comes to terms with her pregnancy. Somehow the duo resolve their issues around children and are okay with having a child despite Leonard willing to donate his sperm a few episodes back. The development does make for some interesting conversations with Sheldon (which we’ll come to in a moment) and is surrounded by some peripheral revelations such as the real reason why Leonard keeps wearing a hoodie all the time. And oh, spoiler alert, the Elevator is finally fixed after 12 long seasons. It’s something that fans saw coming but it’s still delightful to see it operational.

As expected, Sheldon and Amy get the most screen time, with the bulk of the show’s arcs revolving around the duo. Having finally landed a Nobel prize, they become the center of attention and are naturally uncomfortable with the overt interest in their lives, Sheldon more than Amy. The first of the two episodes sees Sheldon coming to terms grappling with so many changes in his life, including Amy’s much due makeover, until Penny finally makes him realize that life does have one constant and that’s change. It’s a simple way of resolving the problem and it works considering Penny is the one to accidentally hammer it home to Sheldon like she’s done in the past. It’s one of the major developments he undergoes as Sheldon’s always been finicky about patterns and routines and seeing him accept major changes is a natural step toward his development as a “normal” person.

The other major development happens during the ceremony. Absorbed into his Nobel Prize, Sheldon dismisses some important events happening in the lives of his friends. His reaction to Penny’s pregnancy is quite cold but the subsequent reaction of Leonard to his reaction is especially heartbreaking. Johnny Galecki has done an amazing job switching emotions rapidly and whether he needs to convey sadness, empathy or humor in a matter of split seconds, he’s just able to do it effortlessly. Eventually of course, Sheldon realizes his folly of acting selfish when his friends begin acting selfishly by not wanting to attend his ceremony. It all concludes in a touching speech where Sheldon steps his achievements aside and acknowledges his love for his friends and his wife, an otherwise trite moment handed its due by Chuck Lore himself stepping up to write the episode. Sheldon calls out to his friends with respect and his referring to Howard as Astronaut really seals the deal. I was hoping we’d get Penny’s last name somewhere but alas, that was one mystery that the writers were unwilling to resolve.

The Big Bang Theory has largely been about this gang of nerdy, socially outcast friends with a things for all the geeky stuff. Somewhere of course, the showrunners realized the immense popularity of Sheldon Cooper’s character and made him the frontrunner in the show’s proceedings. One could argue that focusing on the love-lives of these characters resulted in a significant drop in the show’s comic humor but it’s also commendable how the showrunners have used their better halves to grow the characters much beyond their goofy origins. Howard started off as an engineer babbling around and went on to lose his mother, marry Bernadette and have two kids. Raj started off as someone unable to talk to women and ended up being able to comfortably converse without the influence of alcohol; unfortunately, that’s the only major development he goes through that sticks. Leonard and Sheldon started off as roommates until the gradually separated, married their respective halves and began new lives with them, with Sheldon winning the Nobel prize. A lot has happened in these past 12 years and the show makes adequate use of that by giving us a preview that’s heavy on nostalgia, playing scenes from as early as Season 1, Episode 1.

Could the finale have been any better? Absolutely. The entire season in fact never really had the sense that it’s headed toward some form of closure, save for the Super Asymmetry bits. Unlike say, How I Met Your Mother, it’s hard to recognize this as a final season when the episodes played out like any other. That said, the writers did put some nice finishing touches on the finale that, while not redeeming the final season, still manage to leave you with a smile on your face and memories of the last 12 years flashing by.

It’s been an enjoyable run watching The Big Bang Theory. There have been ups and downs but in the end, I cannot fault for the show’s episodes serving me with a good time. Thank You, to the entire cast and crew of The Big Bang Theory for entertaining us for the last 12 years and this is me, signing off from reviewing TBBT on Appocalypse.

As Chuck Lorre wrote in his final Vanity Card: The End.