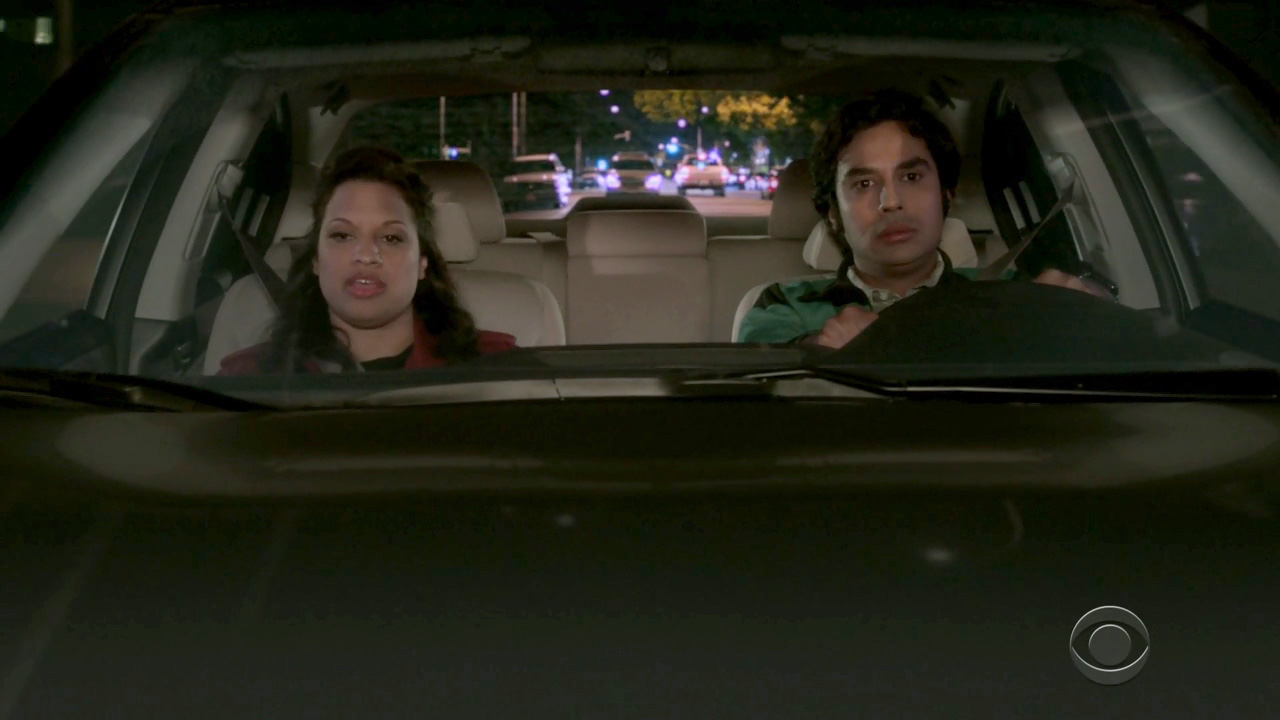 Ordinarily, a single episode of The Big Bang Theory manages to keep almost its entire cast occupied with a multitude of subplots. This one hinges primarily on two and they both emanate organically as a result of Raj’s big decision of wanting to marry Annu on Valentine’s Day. This sparks a discussion that ends with Sheldon wanting to bond with his in-laws, resulting in the show’s Sheldon-oriented storyline.

I must admit that while the plot initially slogged, I particularly enjoyed Sheldon bonding with Mrs. Fowler. It’s good to see the parents once in a while to remind us of just how complete the show’s cast is – in the course of its 11-year run, we’ve met and known the parents of pretty much every character except maybe Stuart (on that note, it’d be hilarious to get to meet Stuart’s dad). Still, Sheldon predictably annoys Mrs. Fowler until he does something that endears him to her, ending the storyline on a familiar note. The novelty of course quickly wears off by the time it concludes and I was almost hoping it’d segue into Thanksgiving dinner.

Annu meanwhile offers Raj to have sex to test their sexual chemistry and compatibility. This freaks Raj out, sending him to take advice from everyone to Howard and Leonard in the guys and Bernadette and Penny in the girls. All dish out their support but it doesn’t help and Raj’s familiar problem of being unable to talk to women without the influence of alcohol makes a brief comeback. I was a little afraid thinking whether they’d managed to sneak in this old tirade but fortunately as it turns out, it was just a brief stint and Raj is able to resume talking to Annu once the nervousness wears off next morning. This is the meatier of the two storylines and also forms the basis of the show’s title and it’s good to see the showrunners finally moving ahead with providing Raj a stable source of companionship.

What was odd through the 20 or so minutes was much like Raj’s consummation, the show itself has deviated heavily from its geek origins. It’s a natural evolution that even the nerds and geeks must move on in life, get married, have kids and have a routine life with their quirky demeanors intact but it raises the question nevertheless of what the show could’ve been had Sheldon continued his Bazinga antics from the middle seasons or if Howard and Leonard had continued with theoretical research. While it’s good that The Big Bang Theory has embraced its newfound relationship dynamics, I often stop and wonder if ditching the geek stuff so heavily was the way to go.

Digressions aside, this is a pretty modest episode that doesn’t really have much significant to offer in terms of advancing the show towards a logical conclusion. Aside from Raj’s marriage, The Big Bang Theory doesn’t really have an overarching narrative for any of its characters going on at this moment and I’m starting to wonder if that’s how it’s going to be until fall, when the writers plant a cliffhanger twist and commence the season’s second half marching towards that inevitable finale.

Avengers 4 Run Time Is At 3 Hours Now, To Feature Higher Stakes And Over 3,000 VFX Shots