Relationships are threatened, Homelander gets creepier and Stormfront’s origins get more mysterious. 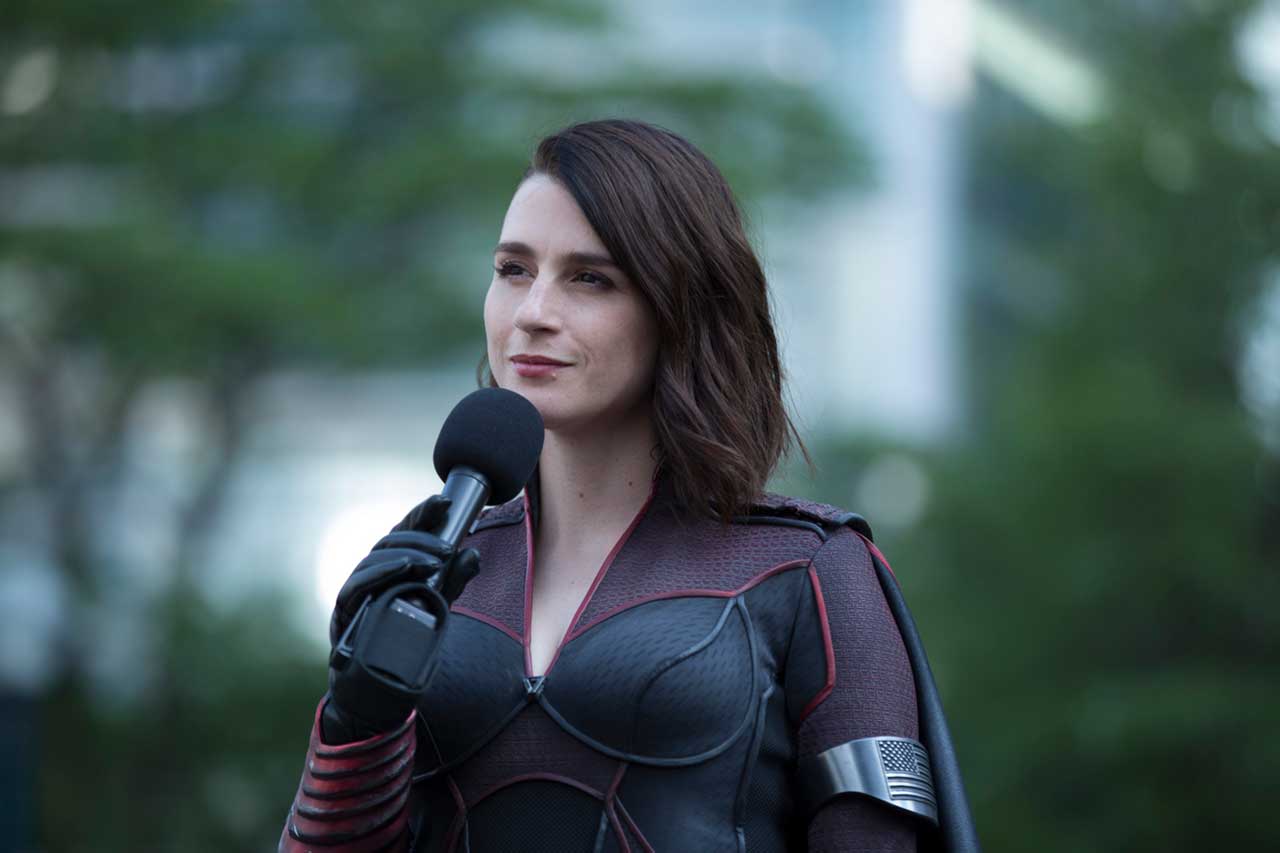 These longer episodes of The Boys certainly help juggle a lot of the characters’ interpersonal dynamics. In the space of one episode, we see two relationships burgeon, then nearly fall apart as Homelander becomes increasingly obsessed with his declining popularity, all while Stormfront’s origins plunge into a pit of mysterious and eerie. And of course, all of this comes with some strong political commentary that directly references the timely #BlackLivesMatter movement.

I’d categorize Hughe and Annie’s journey to uncover the past of a superhero named Liberty as the hour’s hook. Together with Mother’s Milk (MM as he is fondly addressed), the trio embark upon a road trip that sees some nice bonding between MM and Annie. We also get a ton of info about MM’s past and Laz Elonzo plays those moments with great, paternal warmth, showcasing an oddly sympathetic size to the otherwise hunky MM. It’s heartwarming to see him narrate and share stories about his Dad with Annie and exchange fatherly experiences.

Alonzo simply owns the entire sequence that sees MM convince a lady to let them in on what exactly happened with Liberty all those years ago. Without his charisma and effortlessness, that entire speech could’ve fallen flat. It’s also a good way to let us in on MM’s angle here; his fight with Vought is something that’s effectively been passed down on him as his father fought the same fight and died, exhausting himself. It lends more weight to his role in the team and his insistence on taking The Seven down.

Undoubtedly the most shocking bit of the episode comes when (spoilers) Liberty is revealed to be none other than Stormfront. All those years ago, she smacked a black man to death who happened to be the lady’s brother (the one they visit to get a statement). Vought settled for a measly $2,000. It’s a classic case of white supremacy and privilege overshadowing black rights, only reimagined in a superhero context. And still, the timeliness of the ordeal couldn’t be more pertinent. As showrunner Erik Kripke describes in a behind-the-scenes video, this issue has always been topical and relevant.

This further complicates Stormfront’s true origins and agenda. If she was Liberty all those years, then what exactly is she up to in the present? And how is she able to get away with spewing so much venom and inciting protests against Vought when mere badmouthing the multi-billion dollar firm can get your head blown off? Vought is seriously engaging in some next level PR machinery and perhaps could be using Stormfront as their secret weapon in a bid to build a true 21st century behemoth, one that relies on the power of social media in connecting with its audience as opposed to old-fashioned marketing jingoism.

Which puts Homelander in a rather odd spot. He may be calling the shots, dismissing A-Train from The Seven due to his heart issues or outing Maeve as a lesbian on a live TV Show and acting like he’s in control but underneath, there’s a glimmer of a man who knows he’s one step away from losing it all. And this, coupled with his increasing narcissism and self-obsession is leading Homelander to lose his mind, venturing into creepier and eerie territory as he looks at Doppleganger to satiate his lustful desires. He almost comes close to having sex with himself before Stormfront’s words echo in his head and he turns the tables around rather violently.

The other turning point was finally seeing the reunion (first union on-screen) of Butcher and Becca. There’s an odd sense of emptyness in their romance, perhaps fueled by the fact that 8 years of separation has made both of them lose that spark a bit. Butcher has been single-mindedly obsessed with bringing Homelander down and much of his drive comes from realizing that Homelander killed Becca. But seeing her alive and strive to stay away from this violent clash, perhaps he subconsciously realizes that Becca & him may have drifted apart as individuals. Now that Becca has volunteered to return back until a safer way can be found to extradite her from Homelander’s chambers, I’m interested in seeing how Butcher alters his strategy to fit his new goals.

Overall, this episode moved considerably slow as opposed to other installments but delved into stories and backstories as we got a lot more dimension out of each character. The stakes have been raised and everyone has their own share of battles to fight. In that sense, it was a worthwhile watch.