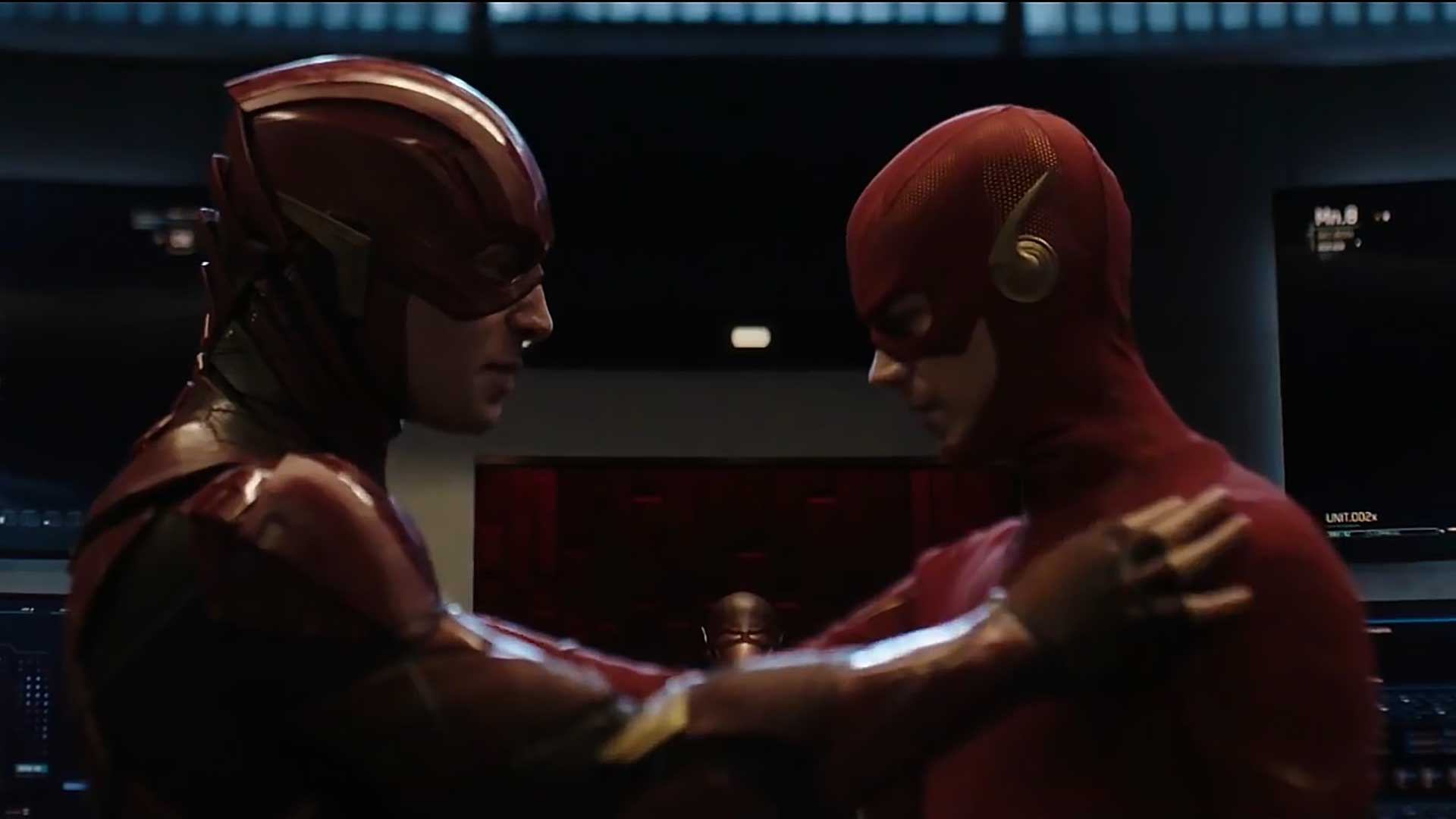 DC’s Crisis on Infinite Earths is unarguably one of the most ambitious TV crossovers taking place on the silver screen right now and it’s a shame I’m unable to watch it because of the rich history of shows I’ve yet to catch up to. The show has been pulling all sorts of strings and tricks to bring incarnations of characters from all over the DC Universe, including past TV Shows. But a recent interaction shocked even core fans who never had the slightest inkling it could happen.

In a wildly surprising move, Ezra Miller cameos as Barry Allen a.k.a. The Flash from the DCEU and interacts with Grant Gustin’s Barry Allen, also The Flash as the latter ends up crossing over the multiverse in his speed-travels. The duo find it hard to believe themselves, then exchange some quips before Miller’s Flash fades out and the show proceeds. The cameo is highly entertaining and fun, and this comes from someone who hasn’t watched a single episode of The CW shows so be sure to catch it here.

What’s fascinating to ponder if this could have any ramifications for the DCEU. To understand this, pay careful attention to how Miller’s Allen reacts when hearing the name Flash. This is because in Zack Snyder’s movies, Barry Allen was never explicitly referred to as The Flash so the term was never coined, nor attached to him. Could this interaction be what spurs Miller’s Allen to assume the moniker of The Flash in the movies? If so, that could be a subtle nod to the TV Show Flash handing him the idea once The Flash solo movie hits theaters.

For those of you who’ve been following the series, I want to hear from you. Let me know how you felt about this sequence in the comments below. I’d say, kudos to Warner Bros., DC and everyone involved in the show for keeping this a secret.