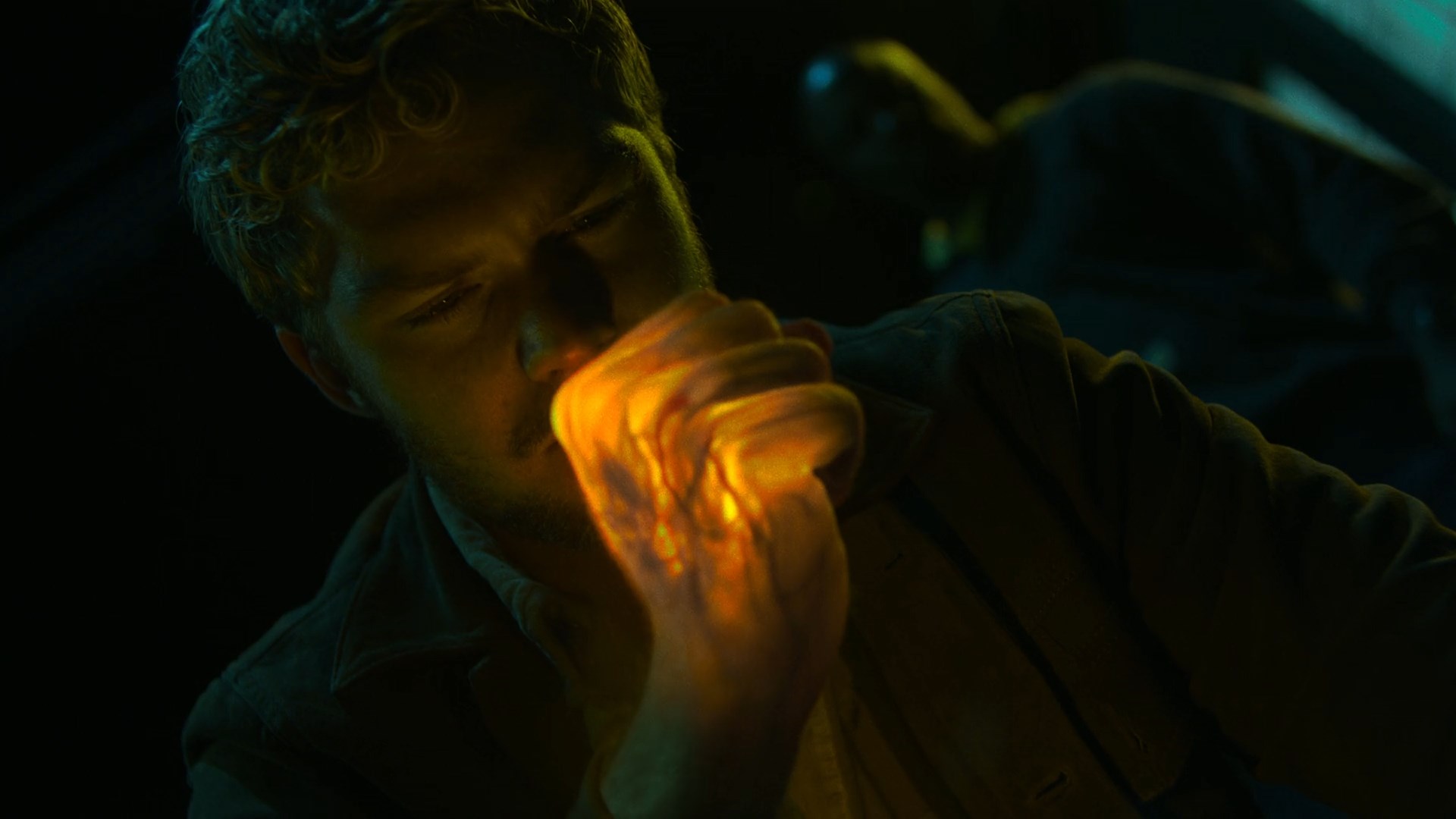 After a slow start with the premiere things seem to be moving forward in the second episode. And although it’s still time before all four of the heroes unite in their fight against The Hand, we at least see them come together in pairs despite not at the best of terms.

The episode begins in the immediate aftermath of the earthquake that shook New York City towards the conclusion of the show’s premiere. Matt Murdock, unable to resist the cries for help, jumps right into the middle of an ongoing crime and stops the criminals while still clad in his daily suit. He wrestles with the fact that no matter how much he wants or tries, he’s unable to get the Devil out of him and has a look at his Daredevil costume which he’s undoubtedly going to be donning in future episodes.

This time though, Jessica is the one that does or goes through stuff most closely tied to the overarching plot. In the process of investigating John Raymond’s mysterious disappearance, Jessica uncovers archives upon archives of companies which have transferred assets to the next company allowing them to stay in existence since 1820. It’s most certainly The Hand masquerading as a legitimate organization having existed in the city eons ago. She returns to her desk only to find Raymond holding Malcolm at gunpoint. Elektra arrives in time to take Raymond out but not before he’s had time to sort of redeem himself and give enough of a hint to Jessica that some larger force is at play here before he shoots himself dead rather than allow Elektra to kill him. The assassin, now fully revived and in control of Alexandra, escapes. 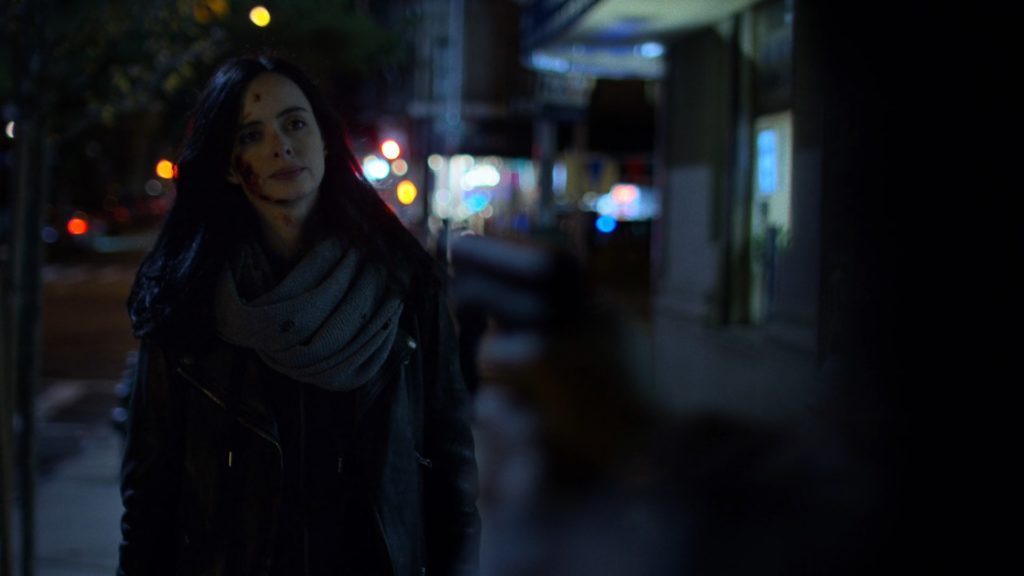 We’re still mostly unsure what the larger play is here although the pieces have started moving closer. Danny Rand continues with his Hand-Hunting that leads him to an abandoned warehouse full of dead bodies lying around. Luke Cage, who seems to be the most cut-off from this Hand business is also led to that same warehouse to save a young lad named Cole who we saw last episode was being lured into a life of crime. And while it comes towards the closing moments, we still see a satisfying payoff to the build up in a square off between Luke Cage and the Iron Fist. Although the latter is initially unable to even scratch Cage despite all his martial arts skills, summoning his Chi somewhat does the trick.

As if to complete the duality of pairings within this episode itself, we have Matt Murdock show up out of nowhere in the episode’s final moments as Jessica Jones’ lawyer when she’s arrested by Misty Knight on charges of disrupting a criminal investigation. All that time you had throughout the episode and yet this moment forms a cliffhanger.

Alexandra makes her presence felt in a scene or two and gets her moment to showcase her personality. A rich knowledge of music and symphonies, a stubborn attitude and a place that gives her a direct view of New York City’s streets, as if she’s watching over the city while Sigourney Weaver maintains a poise and grandeur in her performance. The end reveals another small surprise as an old friend returns. 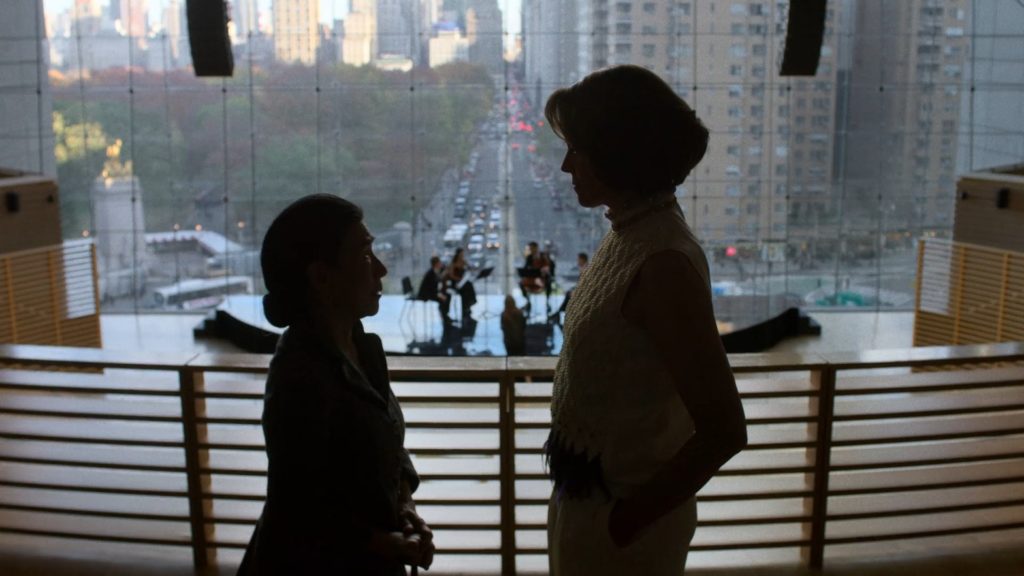 The directorial choices are still the same, which is expected given that S. J. Clarkson is helming this one as well. We still have those long-take panning shots that grace Martin Scorcese movies to give The Defenders an elite drama vibe and the show crisp-cuts between different characters with a barrage of fast moving clips. The supporting cast continues to get a scene or two to make their presence felt and contribute to the plot. We see Trish Walker discussing the possibility of the earthquake not really having been an earthquake until she’s cut-off by orders from her talk-show’s producers as also Jeri Hogarth who warns Jessica Jones to stay out of John Raymond’s business. While the show’s not making any effort to reintroduce those characters, they’ve mostly been in and out of the show without any meaty stuff to do.

Despite some inconsistencies, the promise of the Defenders coming together as the payoff is ultimately satisfying. Given the pace at which the show’s moving, I’m hoping positively to see the team together in the next episode or two. Unless the show pulls a fast one on us and unites them towards the very end and while I’m quite sure that’s not the case, you never really know what Marvel has in store for us.