The Defenders finally unite in a brilliantly choreographed hallway fight

The Defenders finally unite in a brilliantly choreographed hallway fight 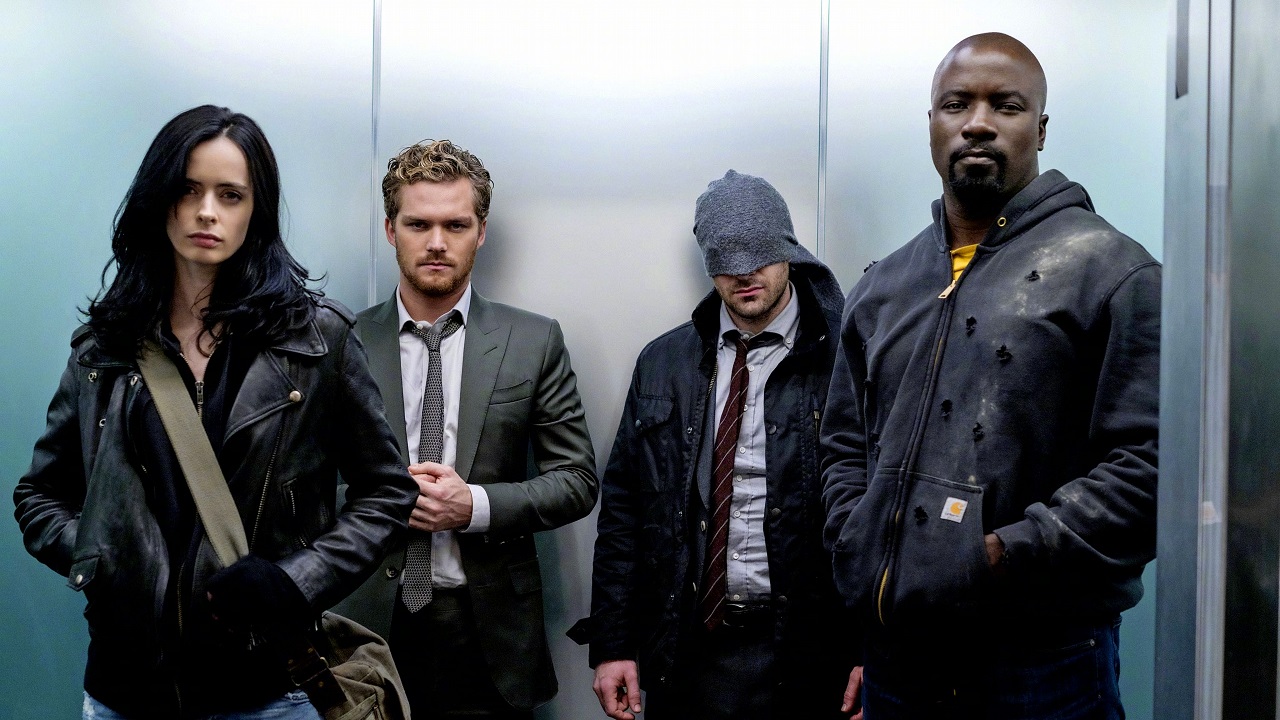 One of the moments I’ve most anticipated seeing play out is that hallway fight showcased ever so often in the promos of The Defenders. While the critic in me yearns for character-for-character interaction, the fun geek in me wanted the team to unite and explode into that hallway fight that has become a staple of Marvel’s Netflix shows. After two episodes of build-up, we finally get the pay off as the episode concludes giving us the very thing that we were anticipating this long.

That isn’t to say there aren’t heart-to-heart moments between the characters. Luke Cage is finally officially introduced to Danny Rand by the thread that has been connecting the street-level heroes: Claire Temple. With just a phone call, we cut to Danny and Luke conversing and trying to understand each other’s perspectives and they make some interesting points and observations about each other. Luke sees a rich white privileged kid complaining despite having been born with all of life’s riches at his disposal, urging him to fight the fight using non-lethal means because he can afford to. On the other hand, Danny criticizes Luke for operating at a street-level and being unable to see the bigger picture with The Hand, even defending people who might be working with them. It’s exactly the kind of interaction that makes The Defenders such an interesting prospect and I’m certainly looking forward to seeing more characters play off each other this way.

At the other end of the spectrum, we see Matt and Jessica get off to a not so flying start as she dismisses Matt’s services quicker than he can offer them. After Jeri Hogarth warned Foggy to keep an eye on Jessica in case she gets into trouble, the dependable Foggy turns out to be the one to have sent Matt to defend Jessica. Turns out the cops don’t really have a case against her and she walks but not before Matt stealthily follows her into the streets which later on reverses to Jessica following him instead and managing to uncover Matt’s ability to move like an acrobat. It’s puzzling why Matt would even choose to do that knowing Jessica’s on her tail (if he can sense a gun-shot at the top floor, he certainly would’ve known who was on to him) but I suppose it fits in the show’s universe in that it allows Jessica to understand that Murdock’s more than a plain everyday blind lawyer. This is useful info heading into the climactic fight.

The episode begins with a longer than usual cold opening that details the origins of Elektra and finally starts shedding some info about what the show’s plot could revolve around (no surprises, it’s The Hand). After her demise in Daredevil’s second season, she’s brought to mysterious chambers where Alexandra has her resurrected using the last of resources. This now reborn Elektra doesn’t have any memory of her past life and is almost like a new born child in a grown-up’s body albeit with most of her adult instincts still active. Alexandra hints at a similarity between the two in that she too has been reborn, not just once but multiple times. She trains her to become an assassin and she succeeds after she alone slays down a room full of trained assassins numbering as much as in the final hallway fight. Later on, in present day and in a rather gruesome scene, Stick manages to outsmart Alexandra and Elektra and escape after cutting of his hand. Yes, as if that wasn’t enough, we’re shown the severed hand up close as well. Stick’s a real bad-ass.

What’s interesting about these Netflix shows is that despite the action, they never forget the more intimate moments. Take for instance Luke’s interaction with Cole and his mother just before she receives news of her son’s fate. Or Colleen and Claire heaving a sigh of relief on Luke and Danny seeming to bond. Or Jessica’s ongoing investigation; the smaller moments are rarely forgotten but are instead the highlights. What’s also fascinating is how organically the heroes converge together into the McGuffin of a building that brings them there – Midland Circle. Despite some forceful sequences, the first meeting of all four members is anything but a forced affair. For some reason though, I can’t help but let out a chuckle (much like Luke here) every time Danny Rand introduces himself as “The Immortal Iron Fist” and talks about his “Chi”.

And now, on to the hallway fight. It plays out as a brilliantly choreographed fight that uses not only the powers of all of those involved but also playful interactions between them such as Jessica and Luke reuniting after last seen in Jessica Jones. While it’s no Matrix in execution, and neither is it as brutal as Daredevil’s two hallway fights in his two seasons, it still has to be one of the finest fight sequences I’ve seen on TV (or maybe even the movies) in a long time and finally gives Iron Fist some moves to shine. The fight also manages to squeeze in a claustrophobic and intense fight between Daredevil and Elektra and her momentarily freezing after the former calling out her name only goes on to show she might have some memories left after all.

On the whole, this is definitely the episode where things have kicked off in full gear. The Defenders have now met each other as the threat of The Hand starts becoming more and more prominent. Iron Fist certainly seems to be at the center of much of the plot progression. Is Alexandra looking at achieving some form of immortality in lieu of her limited days? Only time will tell, or maybe the next few episodes. I’m pinning my hopes on at least one more hallway fight involving all four that we haven’t had a chance to look at in the trailers though.

Fun Fact: Am I mistaken or do Jessica Jones and Danny Rand have the exact same phone in the Samsung Galaxy S6?