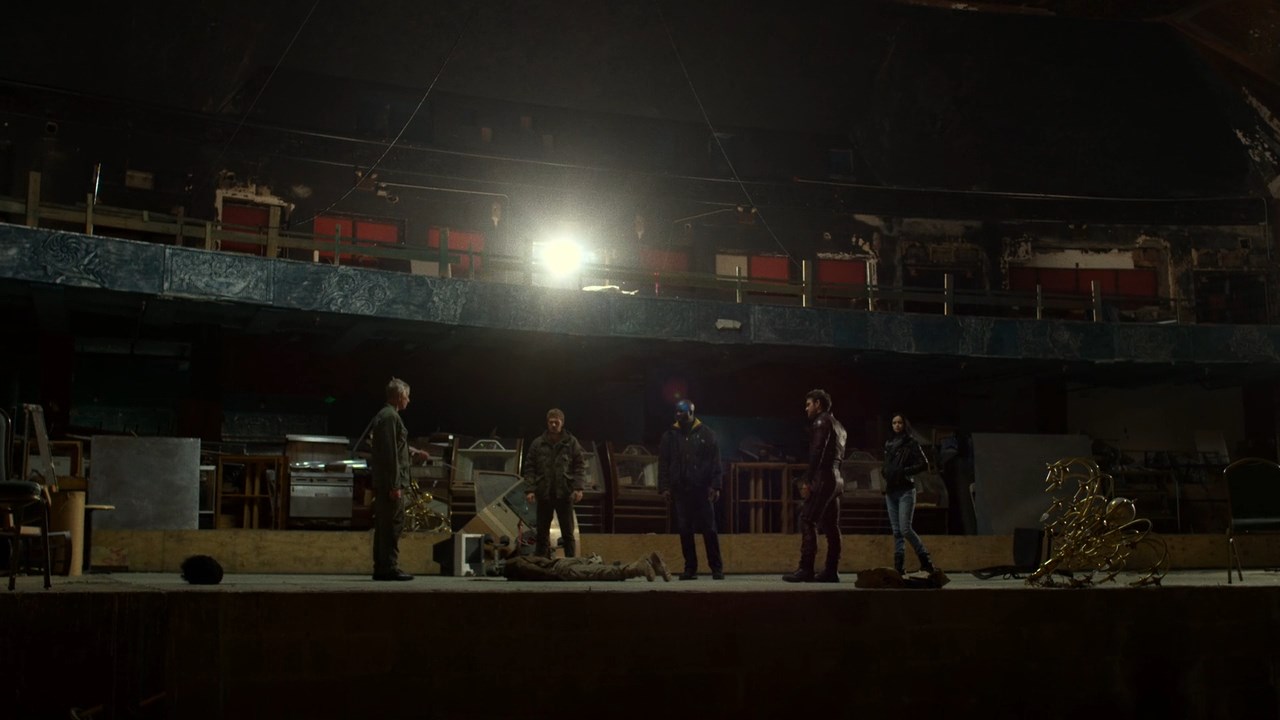 Wow, we’re way past exposition now and are entering into plot twist territory. You know, one where there are surprising betrayals and things sort of turn on their heads. As it turns out, we’re in for some shocking surprises in both Team Heroes and Team Villains. While we’ve already made it clear that these reviews are spoiler heavy, the spoilers here could completely ruin the show for you if you haven’t seen it so you’re going to want to stop reading further if you haven’t watched it already.

Before we get to the betrayals though, we start off between an argument between Iron Fist and the other three that quickly escalates into a brawl between him and Daredevil. This leads to another brilliantly realized fight sequence on the show and it’s evident the fight choreography here is much better than that on Iron Fist. The disagreement is over the team needing to hide Danny Rand to prevent the Hand from gaining access to him and using him for their own nefarious purposes. So while Luke and Stick watch over a tied up Danny, Jessica and Matt investigate the former’s case further for clues into what the Hand might be up to.

It nicely breaks up the team into the pairings they started off with while also giving them an opportunity to delve into each others’ backstories. Luke and Danny exchange some healthy and humorous banter again despite one of them being strapped to a chair. Luke again can’t help but laugh at the absurdity of the Iron Fist’s origin. Likewise, Iron Fist can’t help but shrug off the growing distance between him and Jessica who were once an item together. We also have brief moments shared between Stick and Luke who for once genuinely looks afraid of the old guy after learning of how he plans disposing off Sowande’s head and body. 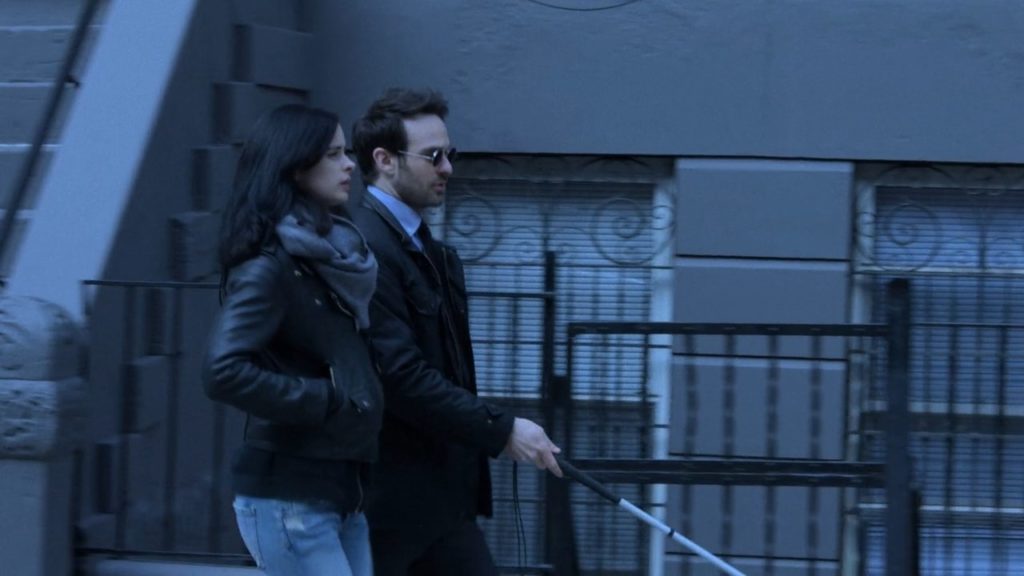 Jessica and Matt meanwhile interrogate the architect’s daughter where, based on her statements, Matt Murdock ends up discovers the blueprints of Midland Circle where the hole from Daredevil season 2 was dug up. In a touching moment, Jessica comforts Raymond’s daughter by narrating to her the story of a friend’s father who was killed in a boxing match. The friend happens to be the third person in the room.

In an almost about-face, Stick has a change of heart and realizes its better to kill off the Iron Fist so that the Hand cannot use him to complete their objectives. With the “key” gone, the “lock” would thus be sealed forever. Another fight ensues with Matt and Jess making it in the nick of time. Turns out, so has Elektra who rather shockingly stabs Stick killing him (at least I’m assuming he’s gone). It all happens so suddenly you barely get the time to process it or even grieve over Stick’s death (which I suspect might happen next episode).

We’re not done yet for the final moment of the episode remains. Fed up of the constant doubting by their colleagues, Alexandra decides to put them in place by a speech about what she’s done for The Hand only to be stabbed in the back by her child, Elektra. In a bizarre move, Elektra declares she’s leading the Hand now and takes control.

What these revelations will lead to is unclear and, while I thought I had the plot figured out last week, I’m thrown into the flux with these twists. Even then, I’d like to believe that it holds in some way and with Matt and Jess having found those blueprints, I guess that just might be the direction we’re headed in. Either ways, we just have two more episodes left so we’ll find out soon enough.

The Defenders Episode 7 Review: Fish In The Jailhouse