The Empire Season 1 Episode 1 Review: Not A King But A Kingmaker

The Empire premieres to the promise of scale but will the plot and performances match up to it. 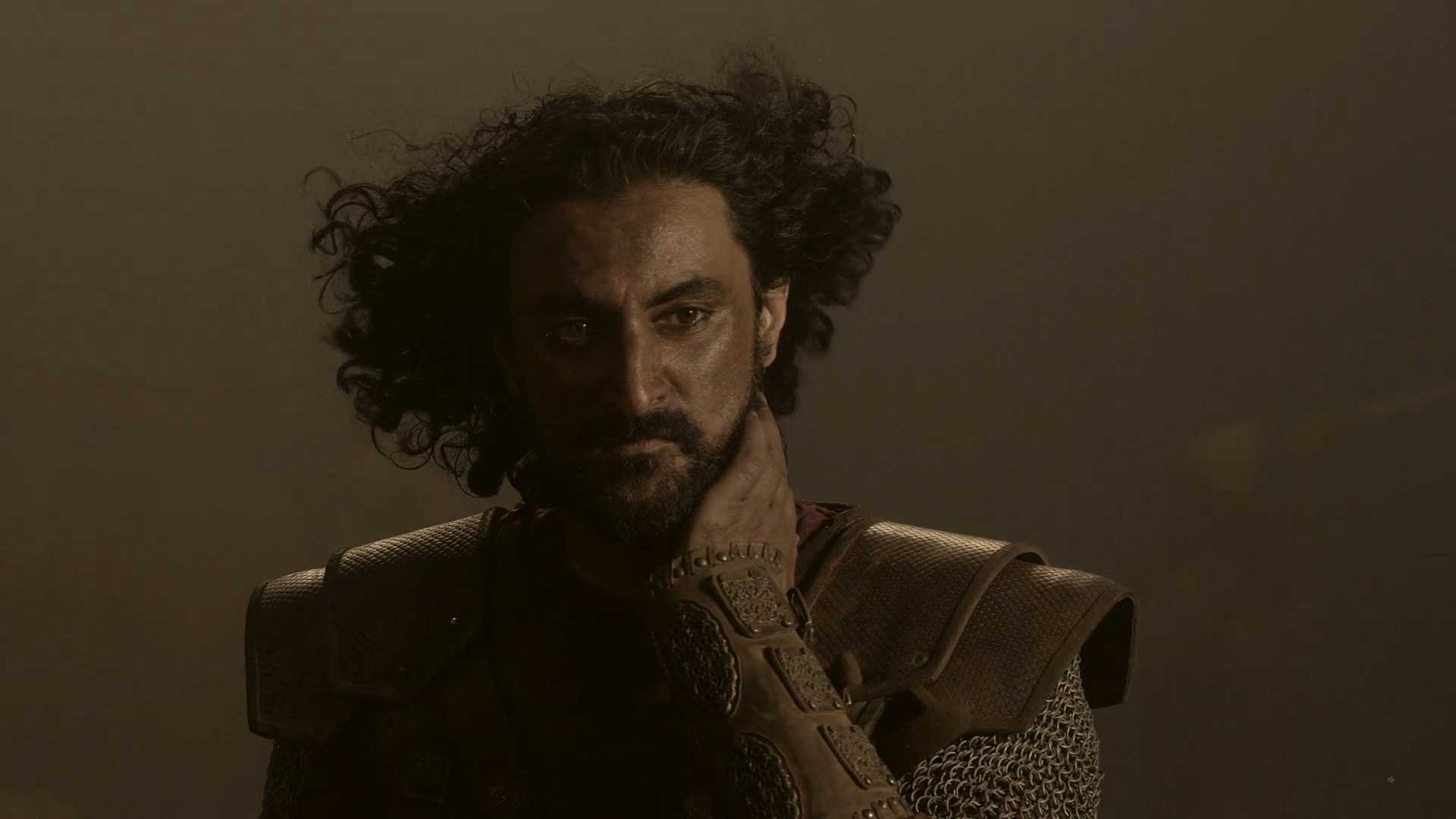 HBO’s Game of Thrones left such a lasting impact on Television that every subsequent fantasy attempt with medieval or semi-historical ambitions tends to evoke comparisons. And so, when The Empire trailer premiered, parallels to George R. R. Martin’s epic were inevitable. A few shots, the setup, seemed heavily inspired by the series, even if the premise itself holds zero similarities. Now that the show has premiered and I’ve had a chance to catch the first episode, I’d say that while the comparisons are not entirely dumbfounded, The Empire is really more its own thing.

The series desires to chronicle the life and times of the Mughal empire and its various kings, with Season 1 starting off with Zahīr ud-Dīn Muhammad Babur. After a brief battle sequence showing a grown-up Babur (played with poise by Kunal Kapoor) narrowly escaping death, we flash back to Babur’s childhood days and are witness to his ascension to the throne after an untimely series of events claims his father’s life. The Mughal era was traitorous and naturally, there is some scheming involved wherein his uncles plot against him and harbor ill intentions. This also provides the episode its title: more than the king, it’s the one who makes a king that calls the shots.

Challenging Babur is Dino Morea’s Shaibani Khan. Morea portrays Khan as a sadistic, cold emperor seemingly without an ounce of empathy and appears to relish in unleashing the devousness. This, however, also results in Morea delivering every line with an uncharismatically sinister tone which sometimes borders on old school menacing villains that have graced Bollywood. Rounding off the cast are Shabana Azmi’s fearless, no-nonsense Aisan Daulat Begum who comes around on Babur and will guide him in his quest to rule and Rahul Dev as the fierce but loyal Wazir Khan, who teaches Babur a lesson or two in combat and in effect, becomes his Syrio Forel.

The Empire tries its best to showcase an impressive scale right from the start, though some attempts fall flat. The opening battle for instance gives the impression that it was among the last scenes to be shot, with most of the budget exhausted and covers the surrounding area with dust to shrink scope; the choreography seems a bit haphazard. And yet, it carries some convincing gory effects that include a beheading and a hand being slashed. Likewise, the wide shots of the Fergana fort are impressive at times, rivaling the castle of Maahishmati in Baahubali but often appear fake due to the overreliance on VFX as opposed to set building. This becomes especially noticeable when the dovecote begins to topple leading to the episode’s most dramatic moment that ends up feeling a bit tepid in its abruptness.

Regardless, the CGI remains mostly convincing and as future episodes progress, I get a sense that we’re going to see it in abundance; ironically, as much as I desire that scale, it also remains my fear. Technically, the production is sound and the cinematography remains competent but yet again, you’ll ocassionally see a shot that’s completely out of place. Consider for intsance Babur’s training where he is cornered by two friendlies at the beginning. The camerawork switches to shaky-cam to convey a sense of urgency but it feels so forced and unnatural that the attempt falls flat; it’s as though the shake was added in post. Similarly, some of the fight sequences seem shoddily edited, perhaps as an effort to mask the young Babur actor’s lack of training. The score is mostly hit and miss although a few themes towards the end have the potential to develop into something decent.

What turns out to be The Empire‘s biggest undoing, at least in this series premiere, is the conviction of its storyline, direction and performances. The cast comprises of fairly competent actors but it’s mainly Shabana Azmi and Rahul Dev who carry the show. Morea tries hard but fails to instill fear and Kunal Kapoor is mostly delegated to background narration, which comes across as a lousy attempt at making the narrative more poetic than it is. I’m holding out hope that future episodes will provide them with at least a scene or two to shine.

Which in turn brings me to the bigger issue at hand: the writing and direction by Mitakshara Kumar. Fundamentally, these two aspects are central to making the most ridiculous of storylines work. And they both lack the conviction and finesse you expect from a series of this caliber. Scenes are staged more like a play (and I mean that not in a positive sense) in that despite the lavish scale, it appears to have been filled in your backyard with a handful of actors. Dialogue delivery is often stiff, the reactions to Omar Sheikh’s demise are quite far from reality and while we’re getting a sense of some overarching narrative of conquest, it’s just not as arresting or attention grabbing as the dramatic dialogue delivery makes it out to be. Certain scenes, especially with the child actors, make the show appear no less than Indian TV serials.

It’s also worth noting that the show is categorized as historical “fiction”. That in itself implies the series creators would be taking liberties in portraying certain characters and tailoring some events to suit their narratives. This throws out any need for being completely and historically accurate and makes it more of a show that explores the Mughal era via the lens of some real historical figures. As real as the Mughal era was then, this show’s depiction is far from gospel.

Despite stumbling along some key areas, I’m intrigued by the promise of The Empire. The first episode is certainly a decent attempt to create historical fiction at a scale hitherto unseen by Indian audiences and its success could mean a lot for the kinds of Indian web series we can expect going forward. In that sense then, it may as well end up having the same impact as Game of Thrones did even if it’s far from being even half as good as that show at this point. Certainly decent enough to continue with the next episode.