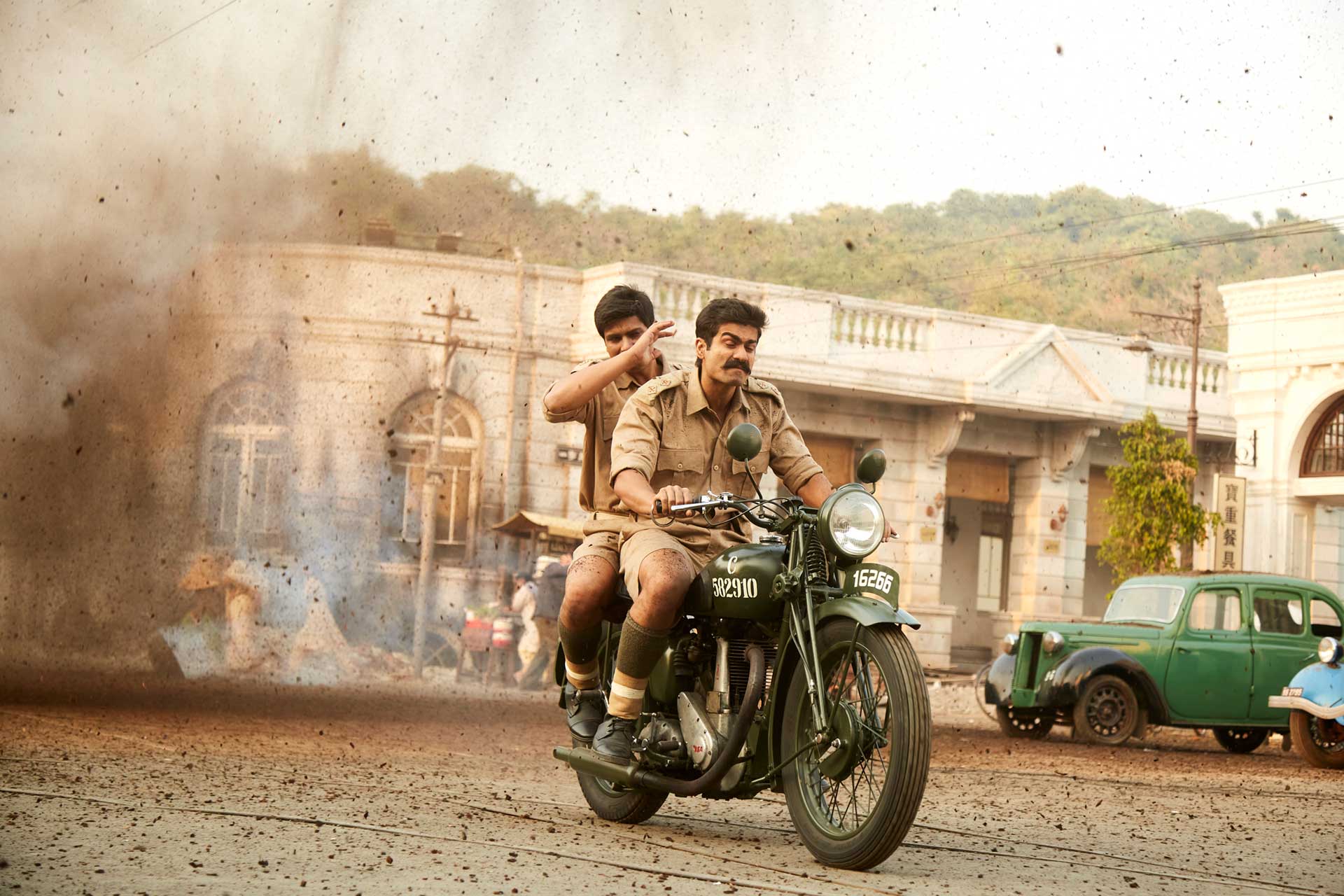 The Forgotten Army – Azaadi Ke Liye is Amazon Prime’s attempt at persuading the streaming audience to stay at home and binge-watch a new TV Show that fits thematically with the upcoming Indian Republic Day on Jan 26. Spearheaded by Kabir Khan, the show serves to depict the horrors of war as faced by many soldiers of the Indian army who went thankless and largely unrecognized for their efforts. To that end, the first episode is a strong start that sets the tone for what we can expect.

Unlike most of the promotional material, the show actually begins in 1996 Singapore. Army veteran Sodhi is received by his son Subhash and grandson Amar and is visibly suffering from post-war traumatic stress. After giving him a cold shoulder, Amar’s curiousity is actually piqued and he takes it upon himself to coax some lesser known war stories out of Sodhi, wars that he was an undisputed part of.

There are seeds of some good writing at display and this is apparent at how the writers handle the relationship between Amar and Sodhi. What initially starts out as a semi-hostile relationship quickly turns into one of mutual respect. Initially portrayed as any other teen disconnected from real life, Amar is gradually revealed to be a student of journalism, harboring activist intentions, wanting to participate in the Burmese protests. At his end, Sodhi starts off as an introverted, old-man-aloof personality before we learn the real reason for his lack of words. His silence then, contrasts nicely with Amar’s near-incessant speaking.

The episode is cut together in a non-linear narrative. The prologue takes place in the past but will likely be fully depicted in a future episode. We then jump back to 1996 before once again returning to the past in 1942 to relive one of the major wars that Sodhi fought as a young soldier in the British Army. Played by Sunny Kaushal (Vicky Kaushal’s brother) with a ferocity and determinism that’s shy of the archetype Indian hero, he brings the right level of grit and sincerity to his performance in the episode.

The episode’s standout sequence occurs toward the end in a full-blown battle between the Japanese and British forces in Japanese-occupied Singapore that was then referred to as Shonan. The Japanese lead a surprise attack by invading the rubber forest on cycles and taking the British army by surprise. The British, or more accurately Indian soldiers fighting for the British army mount a counter-attack with the resulting conflict lasting for 7 days. The outcome of the battle is a bit heartbreaking but its execution is probably one of Indian cinema’s landmark achievements.

Scores of soldiers are seen marching toward each other. Wide landscape shots with backgrounds extended through post-production give the sense of massive 20,000 men armies. Impressively, the entire skirmish was staged on a set at Mumbai’s Film City that was then extended via visual effects. The CGI can be a bit off at times, especially in the opening sequence at the Red Fort or even some of the wider shots with airplanes dropping bombs but it doesn’t detract you enough to take you out of the proceedings. The footage is intercut with seemingly real footage from actual wars fought around World War II and its violent execution and rapid cuts create a sense of chaos. It takes clear inspiration from the D-Day battle of Normandy from Saving Private Ryan and gives Indian audiences something of their own to cheer for.

What’s awkward in sequences like this however is that the quick cuts sometimes end up diminishing the value of what would otherwise be great shots. Consequently, certain camera moves convey a great sense of scale only to quickly cut to another angle. Tracing the entry of Japanese soldiers, the camera pans up to reveal a charging army before abruptly cutting to another inconsequential angle. Likewise, the VFX shots cut too frequently to let you revel in the chaos of warfare. A few moments of holding the camera and some breathtaking shots could’ve been appreciated in their full beauty.

Regardless, I cannot deny that The Forgotten Army holds incredible promise. It’s a mini web series, most likely limited, but with production values that rival or surpass film. Cinematography is excellent; Singapore looks lifelike and filming in Ultra HD lends the show a richness in look that even Bollywood films fail to achieve. I expect the remaining episodes to rely heavily on flashbacks as well and if the narrative trajectory is any indication, this could culminate in a strong, emotional finish.