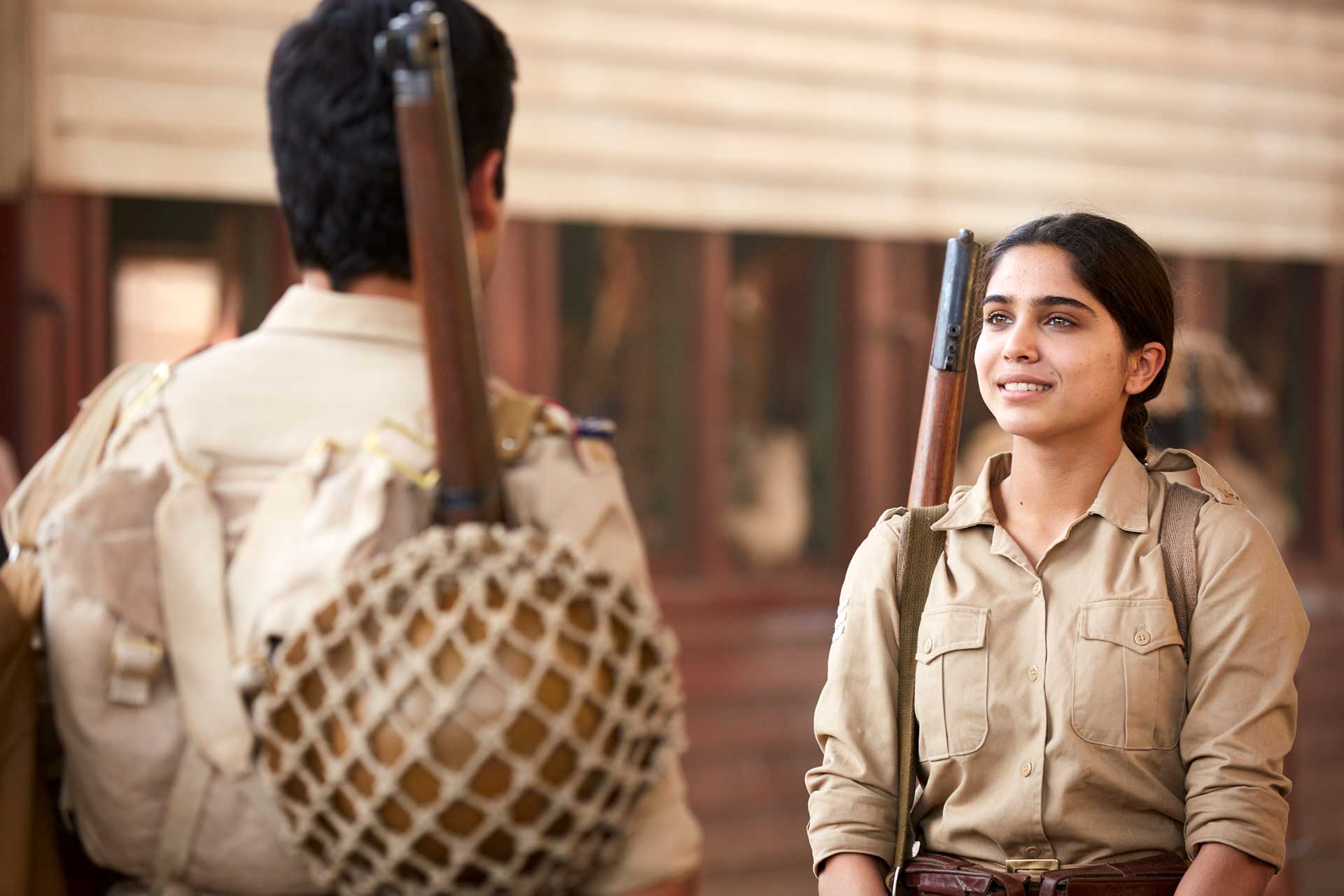 Sheer determinism and strong-willed patriotism can only get you so far. Kabir Khan attempts to put across the immense struggles faced by the newly formed Indian National Army in their efforts to get back to their homeland Delhi, India. The Chalo Dilli movement may have inspired a spark of hope but as the soldiers learn, there were a lot of sacrifices to be made in bringing that vision to life.

I was constantly reminded of how physically grueling the episode must have been on the actors, given the physicality of certain sequences. From being slashed in the rains to drenched in mud and sweat to multiple action sequences revolving around fire and gunfire, the actors and stunt doubles put in a lot of effort. And it all translates seamlessly to the big screen in the performances of the leads and the supporting cast. It works because you’re immediately reminded of how brutal it would’ve been for the actual INA who would’ve faced these events for real in a setting a 100 times worse than the film set.

Most of the episode is spent in transition, not just across the past but the show’s 1996 present timeline as well. After firing at Burmese soldiers in self-defense amidst protests, he and the group of tourists are on the run from Burma to India. Similarly, the past sees the INA getting back to their home from Singapore and march past blazing trains, British trained armies guarding their borders and the weather. You don’t spend much time at one location which gives the entire episode a certain sense of movement.

I also particularly admired how the foreign national soldiers were treated with dignity, especially the Japanese. Where most Indian patriotic films can tend to slander the international opposition, it was great to see Japanese general Dai-chi get his own arc which is actually what the title revolves around. Harakiri is a Japanese ritual of suicide that involves the person cutting their own belly. Toshiji Takeshima wonderfully conveys the pain and tragedy of being caught in the crossfire and I wish we had gotten more of him this episode for his death to hit home even harder.

The show continues to technically astonish and while some of the visual effects shots do seem fake, the effort needs to be lauded. Most notable were the train battle sequence with all the wide distant shots being CG and although it helps sell the scale of the conflict, the photorealism is definitely off. Nevertheless, if this is the future of warfare based films and shows in India, it’s certainly a step in the right direction. And Julius Packiam’s score continues to soar and hit the right notes, utilizing Pritam’s singular track in differing variations to create the right mood for multiple scenes.

What I cannot fathom, and what kind of ruins the impact of some beautiful moments for me, is the quick-cut haphazard editing that’s so intent on moving from one shot to the next. Nowhere is this more visible than in the pivotal Harakiri sequence toward the end. You’re shown Dai-Chi committing suicide, his head is sloshed off and even before the sword can hit the ground, the scene cuts to other takes. And that’s the last wee see of that scene. Considering what a powerful moment that is, why not hold the frame a bit longer and let audiences witness the gore, shock and emotion of the moment instead of quickly taking us to the next thing? This is surprising because the show tends to resort to this sort of quick-cutting a lot more in strong sequences while holding longer frames for the romantic, lovey-dovey shots. Strange.

The blemishes aside, this was an enjoyable yet gruesome episode that brings home the horrors faced by the INA in their bid to unite with their homeland. Hopefully the final episode will continue the show’s positive momentum and finish on a high.