The first women’s regiment is formed in The Forgotten Army’s middle episode. 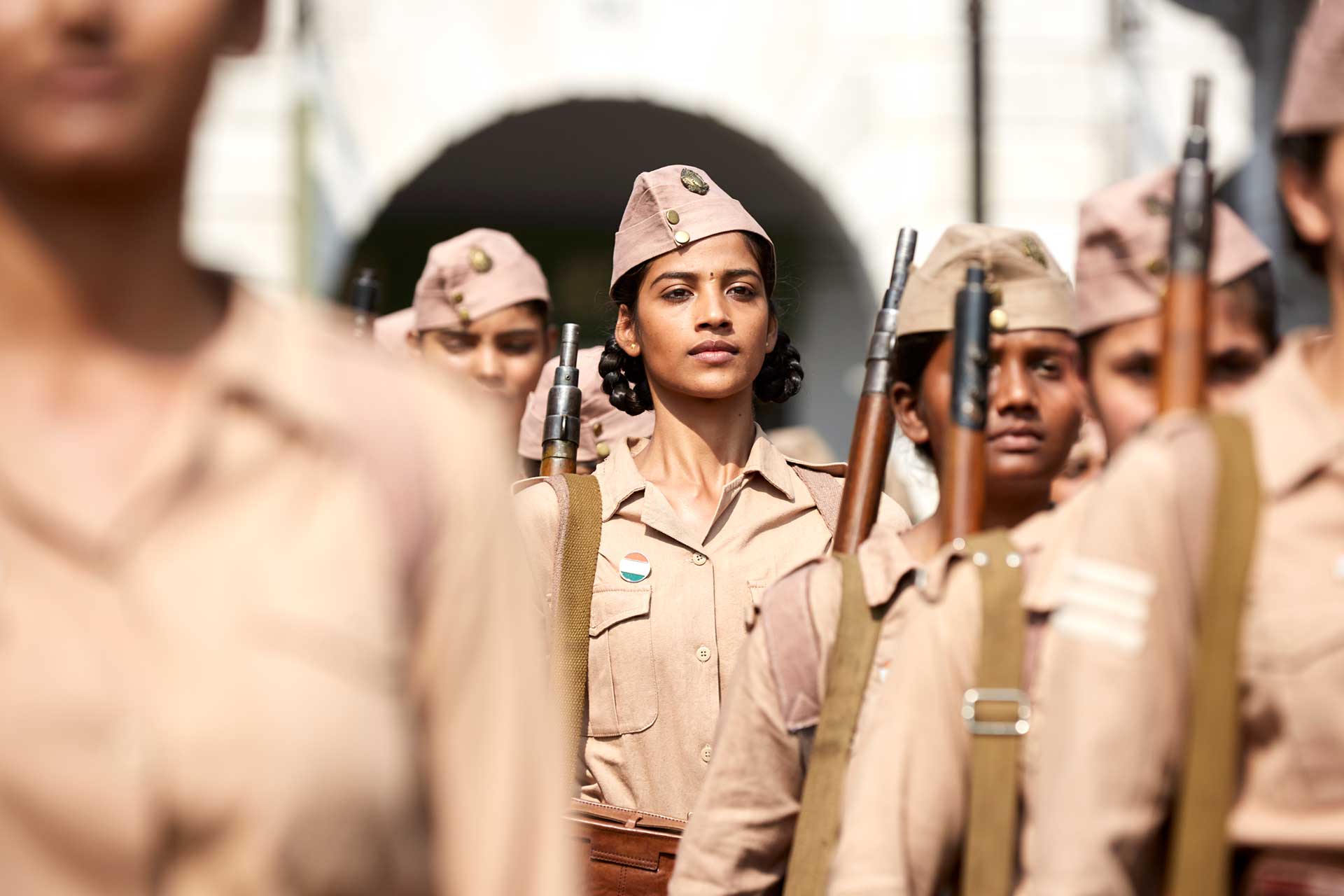 The Forgotten Army puts the spotlight on women as the first female regiment of the Indian National Army is formed. It’s a rare moment and if the show is to be believed, it marked the first time any army saw women participating and joining combat as soldiers. Naturally, the bulk of the episode builds around this momentous moment and it’s handled pretty well, save for a few dozes of melodrama sprinkled in.

There’s no denying that the female leads are the episode’s highlight and they do a commendable job. Sharvari hogs the limelight as Maya and despite her character coming across a tad more idealistic than expected, it’s most certainly a fine job. The other female is T J Bhanu’s Rasanna who, after being assaulted in the first episode is further consumed by motivation to join the army and kick some serious butt. She does that in the space of this episode itself as she berates a fellow male soldier mocking the girls and their feminine traits.

The training sequences come across as a bit artificial at times, primarily because you never feel the intensity or effort the girls put in the training. For the first half, that’s fine since they’re supposed to be screwing it up but the next time around is not much different. Sure, they’ve worked incredibly hard but the energy feels a bit off and the resulting scene comes across as half-hearted at times. And while I know the comparison is a bit off, these sequences don’t hold a candle to the fabulous, rigorous training that someone like Hrithik undergoes for Lakshya.

That said, you do feel a fair bit of emotion when the women don their uniforms and march in pride and all the melodrama just seeps out. It’s a high note indeed and it’s good that it nearly closes out the episode. The men are largely delegated to the backseat although Sodhi and Arshad are able to convince the female general (Shruti Seth in a sparing cameo) to let them train the females. The episode also serves to highlight how all sorts of people were involved in the freedom struggle and not all of them were noble hearted, as we see with the band of flute players who join the army simply to escape the Japs. Even so, a common goal of an independent India does serve to unite everyone.

At this point, I’d like to make a special mention for Julius Packiam’s background score. While he’s mostly recycled bits of Pritam’s tracks, the resulting orchestral arrangement brings the proceedings to life. His score amplifies the emotion and patriotic surge you feel when watching the show and is often the difference between an ordinary sequence and an extraordinary one. A good background score elevates a standard scene and that’s exactly what Packiam’s score does on multiple occasions.

On the whole, The Forgotten Army is playing off as entertaining fare, maintaining a strong balance of action, spectacle and pure emotion. The only detrimental aspect at this point, if I may say so, is the hint of romance brewing between Sodhi and Maya which could drag down a few minutes of precious screen time if it sinks into familiar territory. Otherwise, this is turning out to be quite a good show.