The movie comes out in new weeks. 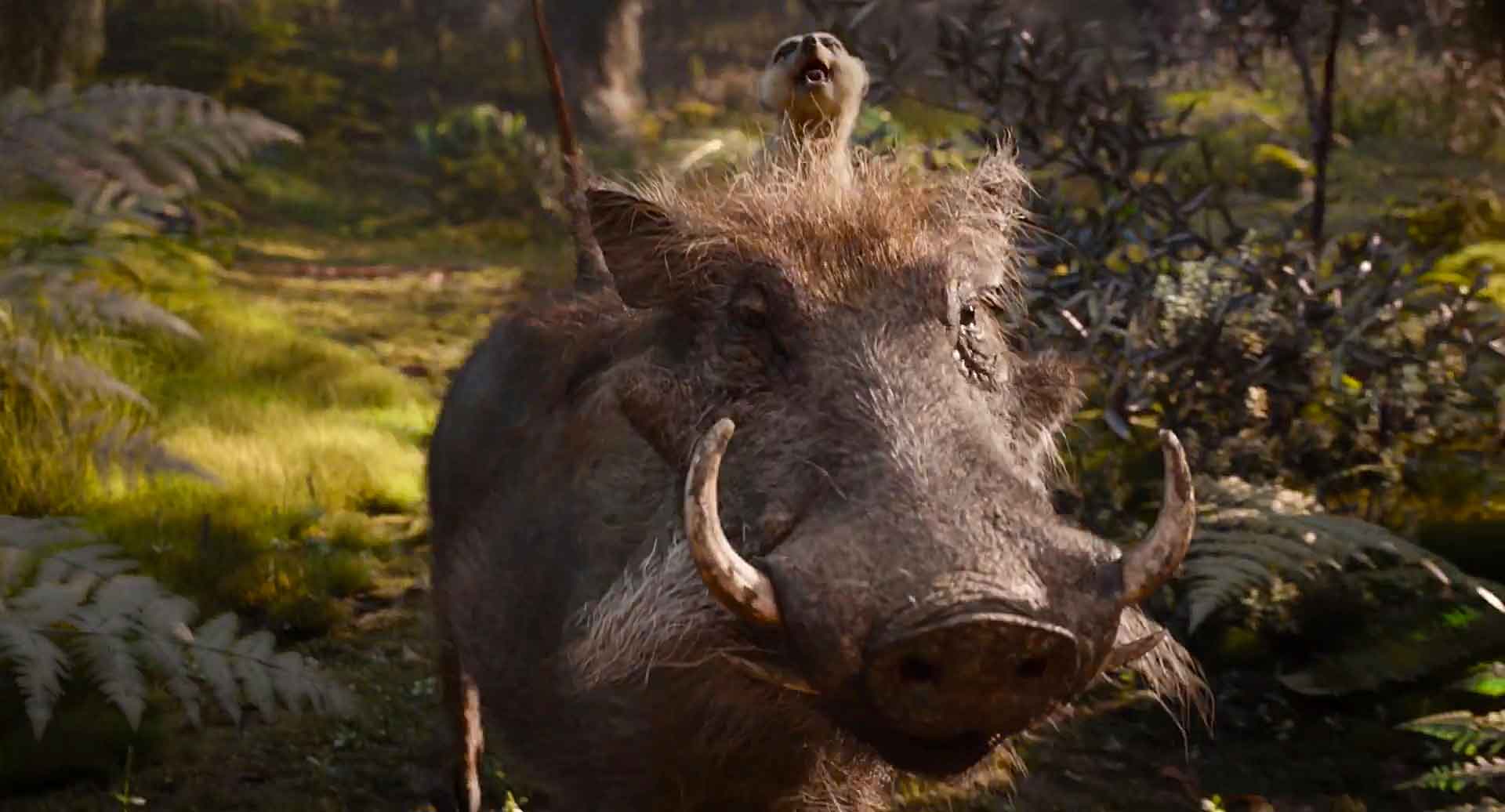 Disney is gradually stepping up its marketing of The Lion King. Ahead of the July 4 Independence Day holiday, the Mouse House has shared a brand new TV Spot set to premiere that showcases the adventures of Timon and Pumbaa. We get a lot of new dialogue and snippets of scenes from the time Simba spends with his newfound friends, the meerkat and the warthog. It isn’t available in HD quality yet but it should hopefully be in a while.

The short snippet may not be an accurate judge but it does look like Billy Eichner and Seth Rogen have fully captured the chemistry between Timon and Pumbaa as well as the lively banter that makes them tick. Furthermore, Favreau’s handling of the sequences looks a lot closer to the 1994 animated original in these scenes, although the fast-paced cutting from one shot to the next leaves some doubt in that regard. That said, The Lion King looks undeniably enjoyable from what we’ve seen so far.

These TV Spots only highlight just how much Disney has been holding back on the movie. With the movie’s release only two weeks away, Disney should now ramp up its promotional activities and release a lot more footage of a movie that has already been seen by almost an entire generation of moviegoers.

The Lion King hits theaters on July 19, 2019. Let us know how well you think the spot encapsulated Timon and Pumbaa in the comments below.

Spider-Man: Far From Home Opens To Record Tuesday in US, Beats Lifetime Gross Of Homecoming In China