The Lost Symbol remains generic but displays a glimmer of strong character beats.

The Lost SymbolTV Show Reviews
By Divij Sonak On Sep 23, 2021 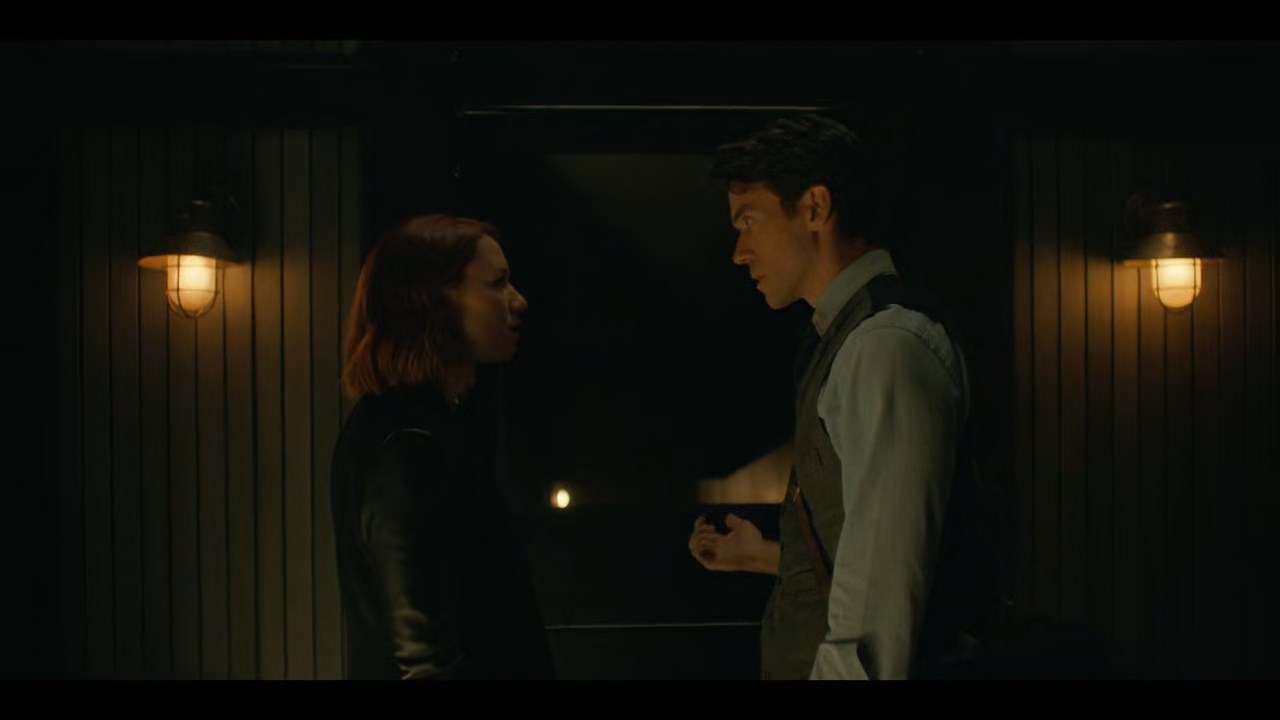 The Lost Symbol persists in maintaining its major criticism from the premiere about the show amounting to not much than a generic thriller. It carries little personality or spark of its own to make it stand out as something unique. And yet, series director Mathias Herndl pulls off some interesting character beats resulting in some truly standout moments that offer a glimmer of hope in elevating the show ever so slightly above standard Hollywood fare.

Most of the storyline still involves Langdon and Katherine getting from point A to point B as they are tailed by the CIA. Inoue Sato continues her investigation, running one step behind the duo. The central thread in this sophomore episode is about obtaining Peter Solomon’s ring that contains the cipher to decrypting the message encoded in the pyramid which could potentially reveal the location of the ancient portal. Mal’akh takes a bit of a backseat this episode and while he makes his presence felt, I’m hopeful we’ll get to learn more of him as the show comes closer to adapting the book’s closing chapters.

The strongest bit comes when Katherine and Langdon reminisce about their time together while waiting in a car as Nunez goes to fetch the ring from the evidence locker. Katherine struggles with her own bout of guilt and regret over her brother Zachary’s death as their father left Zachary to rot in Turkey’s prison as a means of teaching him a lesson about life. Valerie Curry gives a strong performance when Zachary taunts her that she did him a huge favor by disagreeing with her father’s choice and not doing anything else about it or acting on it. She bears the weight of being unable to rebel against her father strongly enough to convince him to let Zachary out.

This harkens back to an earlier flashback where we see the said conversation happen. And although it goes by quickly, Langdon’s reaction helps further deepen his character as this stoic, cold, insensitive guy who’s more concerned with his history and symbolism than discussing family matters. It almost alienates him in Katherine’s eyes but it’s commendable for how the scene fleshes out Langdon’s personality; he appears aloof, socially distant in a way and, as Nunez points out rather humorously, enjoys indulging in explanations about historical mumbo-jumbo, very much a lift-off from the books.

Langdon doesn’t get much room for growth but we do see a couple of new flashes as his claustrophobia kicks in. It’s likely the show will delve deeper into his past that led to this condition, hopefully without risking trite exposition. It would certainly add a bit more dimension to the show’s Langdon seeing as we’re unlikely to learn much otherwise about his early life. The show also displays remarkable improvement in involving viewers into the puzzle solving: using pi to decrypt hebrew was an engaging bit, even if it was over a bit too quickly.

We also learn what Peter Solomon has been upto during this time. He’s been trying to escape though his attempt, as it turns out, is a red herring. In the episode’s final moments, we understand the significance of the episode’s title as we learn Solomon is some sort of suspended state and his “escape attempt” was all an elaborate lie running in his head while he lies suspended. It does help explain why Mal’akh isn’t too bothered about Solomon running away. Solomon’s apathy towards Zachary is also laid out although one could argue, as Langdon reasoned, that he was a firm believer in facing the consequences of one’s actions even if he took this a bit too far with his son.

The Lost Symbol continues to maintain its high production values. Again, nothing stands out as extraordinary but the cinematography is competent and the plot flows neatly, thanks to some sharp editing. The score heard during Katherine’s flashback is poignant and the first musical flourishes I’ve seen in this show. Ironically, the show drowns itself out when it gets absorbed in the symbolism of the freemasons, which is supposed to be its strongest suite seeing as its based on Dan Brown’s novel. As we progress further in the story, the connections between the symbols and characters should start approaching more clarity as in the books. If The Lost Symbol maintains this momentum, we would at least have a faithful and competent adaptation of Dan Brown. And who knows, maybe Digital Fortress may be next.