It's all out war as residents of Alexandria, Hilltop and the Kingdom begin their united assault on Negan's Saviors

It’s all out war as residents of Alexandria, Hilltop and the Kingdom begin their united assault on Negan’s Saviors 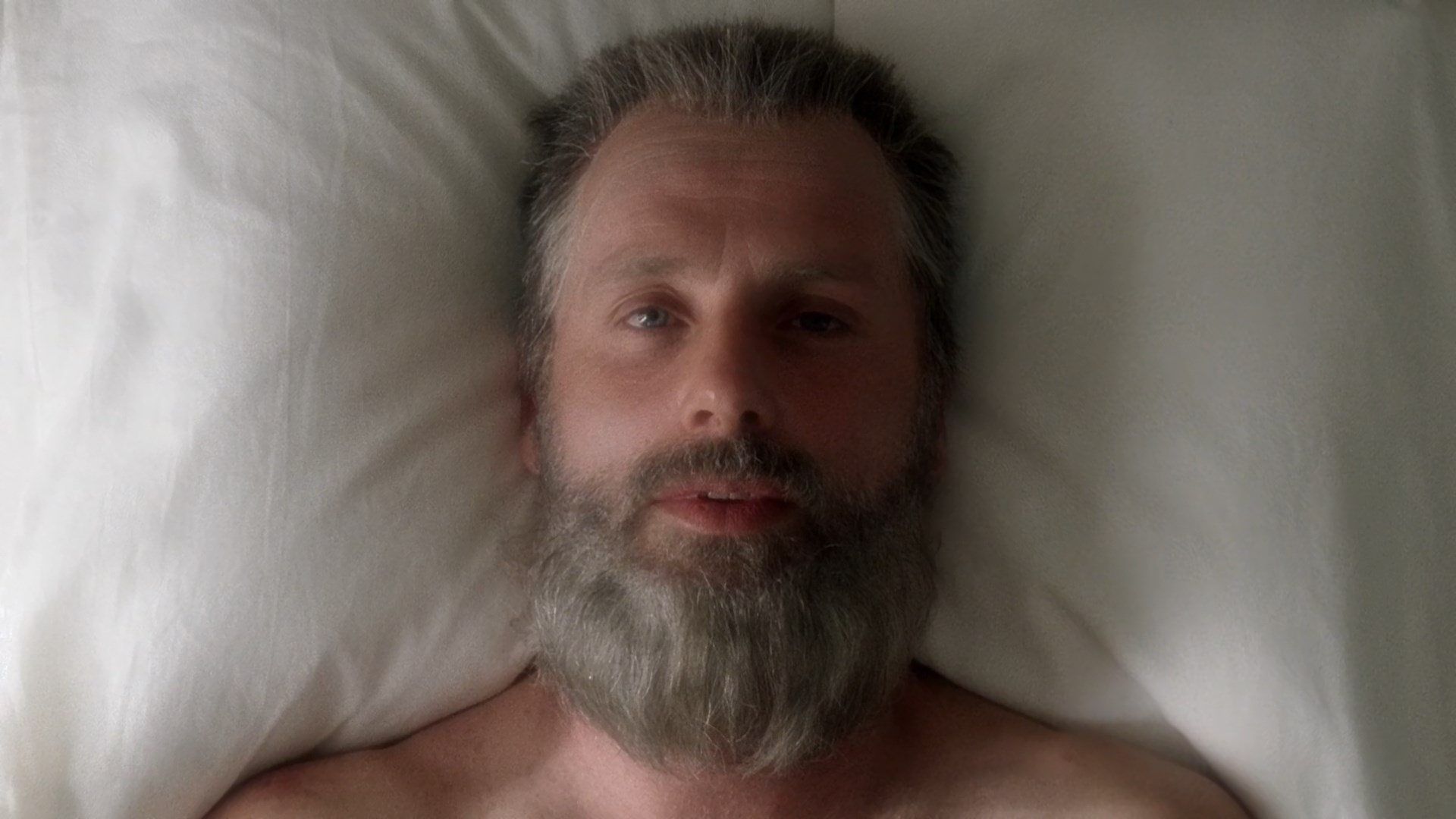 The last few seasons have seen The Walking Dead slow down to a crawl in terms of plot and pacing. True, the show was always a slow burner but it’s been a drudgery to witness the story moving at a snail’s pace. But every once in a while an episode comes along that ups the game considerably, with the show throwing all its got in that one hour. We witnessed it for instance in Season 6 mid-opener No Way Out with the group fighting a walker-herd invasion in Alexandria (after a mid-season cliffhanger) resulting in lots of deaths, plot developments and the threat itself eliminated in the course of a single episode.

While the Season 8 opener Mercy doesn’t go that far, it does ramp up its pacing considerably when compared to the plentiful of last season’s episodes that had Negan delivering monologues after monologues. And in stark contrast to last season’s hopelessly depressing premiere that saw two high-profile deaths at the hands of Negan’s Lucille, this premiere is a lot more hopeful and optimistic. The good thing here is that after the torture the gang’s been through at the hands of saviors, all this victory and faith towards a bright future seems well-earned. We as an audience cheer the efforts of Rick and his allies as they launch their all-out assault on Negan’s forces and come out largely triumphant.

With the last season having mostly been focused towards showcasing Negan’s histrionics and the menace of the Saviors, this season has promised the All-Out War story-arc from the comics that sees communities in Alexandria, the Hilltop and the Kingdom unite and ignite their plan of bringing down the rule of Saviors once and for all. Additionally, as has become another of the show’s endearing staples, it is edited to show small snippets of some scenes that feel very disconnected from and unrelated to the episode’s central conflict. These scenes feature Rick as an old man in some kind of a vision from the future with his somewhat grown up toddler Judith onlooking a peaceful society outside his house. Now I don’t really follow the comics but I hear this has to do with another arc in the books that goes by the name of Old-Man Rick (sound off in the comments for theories). These are probably the final two times I’ll be referencing the comics in this review and any speculation henceforth is purely based on theories derived from the happenings in the show.

The episode doesn’t waste much time deviating from what it promised and we see Rick’s plan unfold over the course of the hour. It involves splitting up into groups, with most of the core group headed towards Negan’s hideout threatening them with guns outright while a small section of the group stays back to lead a herd of walkers right to Negan’s hideout. While the show has often been criticized for its portrayal of Negan and even to some extent for last season’s opening deaths, I’ve largely felt Negan to be every bit as menacing and chilling as he was intended to be portrayed as. More importantly, because of what he managed to do last season, there’s genuine stakes in the encounter between Rick and Negan as we’re aware of the lengths to which Negan can and will go if he’s pissed off. And Rick and his crew arriving with a barrage of guns pointed at Negan’s forces is a sure shot way to piss off the head of the Saviors. 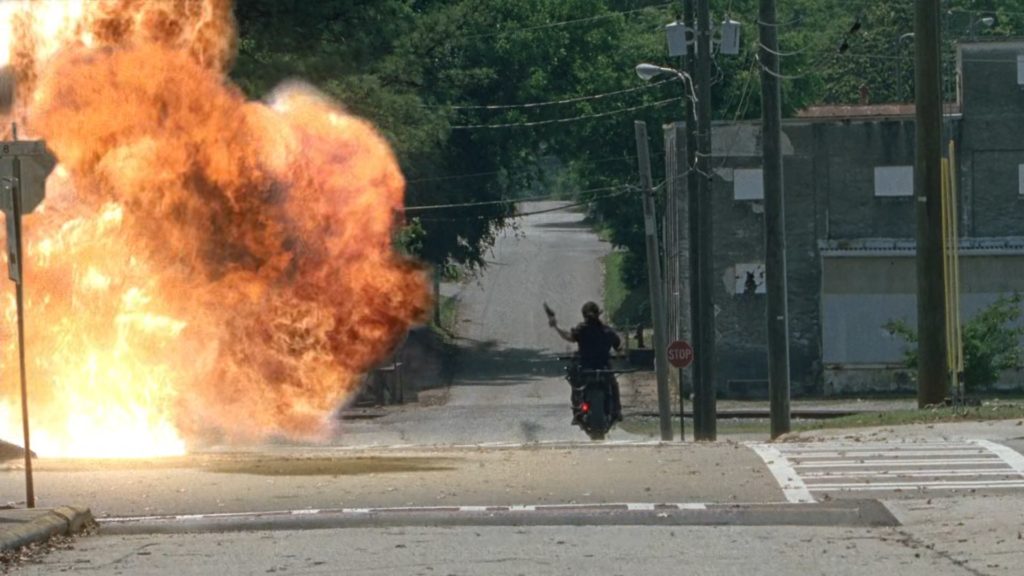 Even so, we know Rick ain’t going to stop at nothing this time after having gone through the painful trauma at the hands of Negan last season. So angered he is and so much is he seething with revenge that he threatens him to surrender his lieutenants upfront with a countdown and yet fires at Negan even before he could fully count to 10. As a viewer, you totally feel that level of frustration and are actually completely on Rick’s side at this point. Truthfully, as great of a villain Negan has been, he’s had an entire season to last and its high-time his arc is completed sooner than ever and the show moves on to the next piece. Aside from the old man snippets, there’s one additional scene that alludes to what could be in store for the future.

This scene, supposedly a homage to the show’s premiere seeing as this premiere coincides with the show’s 100th episode, has Carl roaming around and coming across a self-talking guy hunting for food. While Carl threatens him with a gun, Rick arrives on the scene and goes a step further by firing it over his head. The difference between Carl and Rick is contrasted nicely here – Rick has become much more ruthless over the last 8 seasons while Carl still has considerable humanity left within him. Despite having lost an eye brutally at the hands of Negan, he clearly believes an eye for an eye will make the apocalyptic world go blind. Time and again the episode also makes it a point to repeatedly remind us through several characters that this whole thing is bigger than one single person (read: Rick). Whether it’s Maggie or Carl, by contrasting the leadership of others with his own, the show has definitely made Rick’s leadership one of the contending points and for all you know, we could be headed to a future where Rick is either no more or retired with his role in the show diminished. 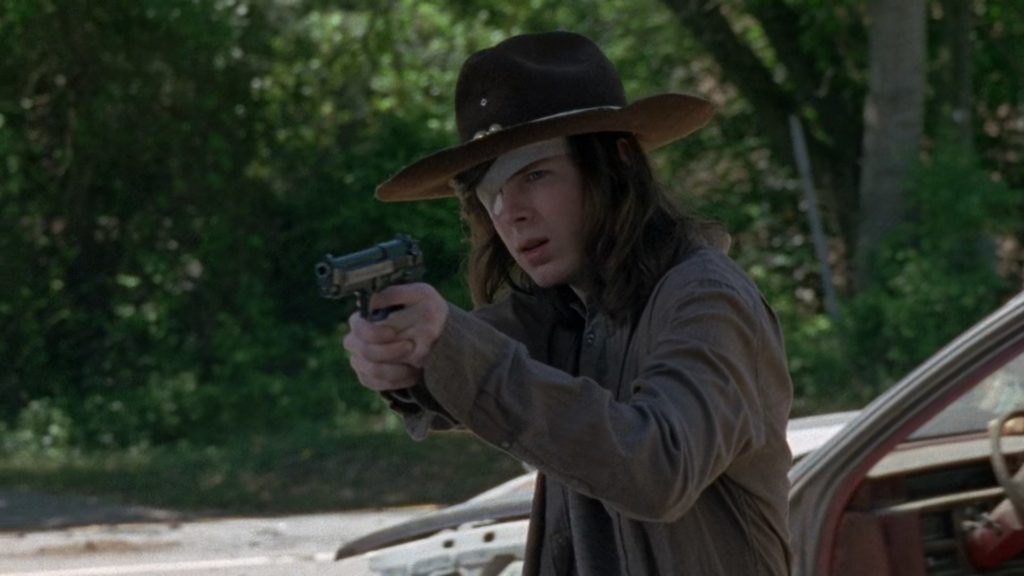 One of the more interesting things about this show has been how, instead of keeping it a straight-up humans v/s zombies journey throughout, it has evolved into a skirmish between the humans, with zombies serving the story wherever needed. The zombies or walkers have become more like accessories to the humans, as they were in this episode when Tara, Carol, Morgan and Daryl lead them to strike Negan’s base. The real dilemma has evolved now to be a humans v/s humans fight and even that seems to be paving the way for some internal conflicts as we’re seeing with Rick. Throughout the last few seasons, we’ve seen sides to Rick that have really made us question his morality and how far he’s willing to go to protect the ones he loves. And Rick’s sense of righteousness has been reduced to an extent that, were it not for Negan’s brutality, would’ve made him a straight out antagonist. I feel the lines would’ve gotten a lot more interestingly blurry had we been given some insight into Negan’s past and been allowed to connect with him as a character at an emotional level, instead of just seeing him as a straight out badass villain. He seems to have a small ethical code but the fact that we never saw more to his life other than his brutal side is what gives Rick the edge over him as a rightful leader. Some more perspective about Negan would’ve made viewers really doubt and question their loyalties and would’ve made for a lot more ethically complex narrative thread.

Even so, Negan being cruel for pretty much the whole of last season means the assault goes down satisfyingly well for Rick’s team. However there’s always a price to pay in the show and one of Rick’s team members makes a grave mistake that sees them trapped with none other than Negan himself. While I’ve been generally spoilery about the episode’s plot elements, I’ll just skip revealing this one for now. The penultimate moments circle back to showing Rick as an old man and reveal the mysterious cutting of the earlier shots which by now is standard The Walking Dead fare.

On the whole this was a very satisfying and hopeful episode to watch and I can’t wait to see where it goes next. The plan is clearly not done (in fact, just begun) and Rick as an old man is definitely building up towards an interesting reveal around the mid-season finale. While it’s highly doubtful that the show will sustain this pace throughout the season, one can only hope that the inclusion of the All-Out War story arc is an indication of there being many more such episodes being season balanced out with the character-on-character interactions The Walking Dead does so brilliantly well.

Google rolls out Pay with Google for easier payments