Despite featuring plenty of action, plot progression slows down to a crawl in the second Season 8 episode

Despite featuring plenty of action, plot progression slows down to a crawl in the second Season 8 episode 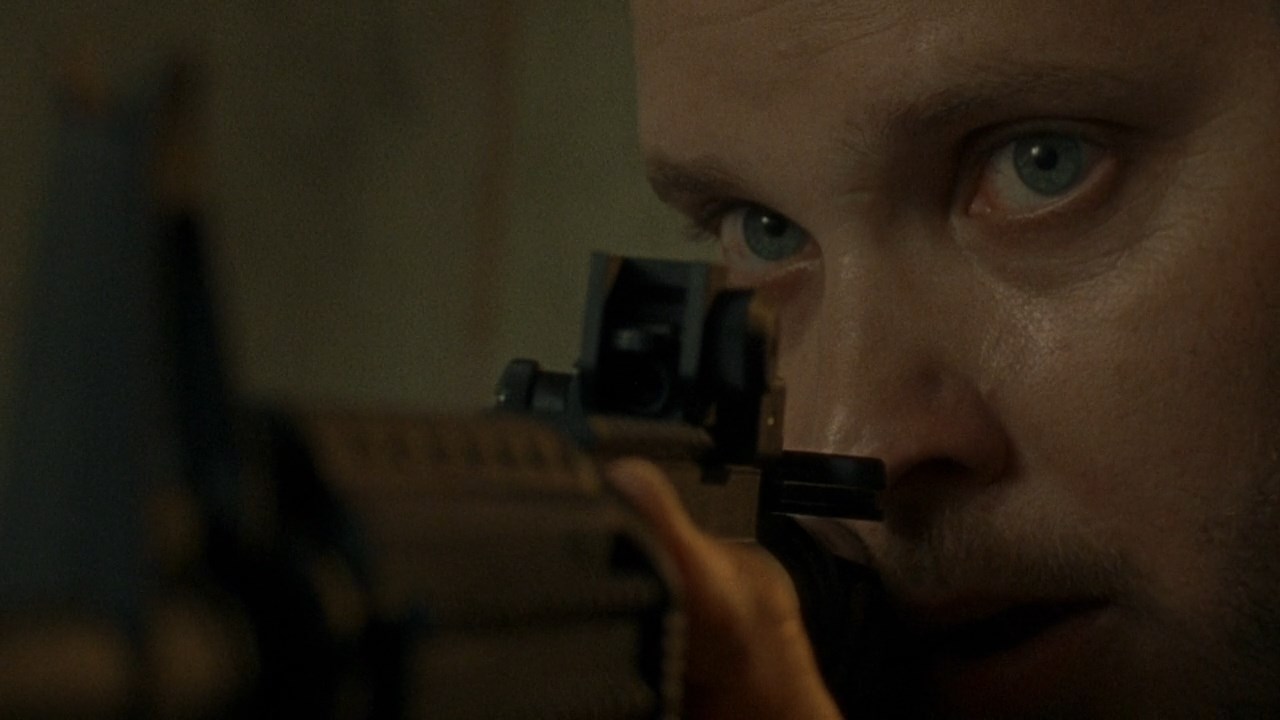 Lack of action has been a constantly rising complaint of The Walking Dead. Even with the introduction of Negan and the Saviors, the show saved most of its big fights for the All-Out War arc this season, leaving last season’s viewers high and dry. Thus, it’s quite surprising to see that even an episode featuring plenty of action interspersed throughout the hour barely progresses at all in terms of plotting and storytelling. At times, it even slows down to a bore and when looked at from a birds-eye view, nothing of significance essentially happens throughout the episode.

After beginning their assault on the Saviors in the season premiere, Rick and his crew split up to take down different factions and facilities of Negan’s men. We thus have Rick and Daryl teaming up to invade the Savior warehouse hunting for a stash of weapons courtesy a map shared with them by Dwight. Morgan, Jesus and Tara along with a bunch of their comrades attempt to eliminate all the Saviors from a telescopic or scientific facility of some sort. Aaron along with Maggie and others plan to put an end to a Savior crew by killing some of their men and waiting for them to reanimate and turn on the remaining Saviors. And finally, Carol along with Ezekiel and his followers follows the trails of Saviors in the forest in hopes of finding and killing a bunch of them.

Most of the storytelling happens with Morgan and Rick’s teams. In the case of the former, a charged up Morgan is all up for killing now and wishes to leave no Savior alive. While Tara shares his sentiment, now hardened by all that she’s been through last season (including the demise of Denise), a surge of humanity runs through Jesus at a very inappropriate time. And so we see a familiar ethical situation in The Walking Dead where two people are debating killing or sparing someone they’ve captured. Where Tara wants to shoot the guy and end it there itself, the fact that he surrendered resonates with Jesus who suggests rounding him up and taking him into custody. Bad idea definitely, for a minute or two later that same guy turns on them taking Jesus at gunpoint. Surprisingly, even after managing to get the upper hand, Jesus is still in favor of just tying him up instead of getting rid of him. A most certainly sloppy move which is going to come to haunt the group in the near future. 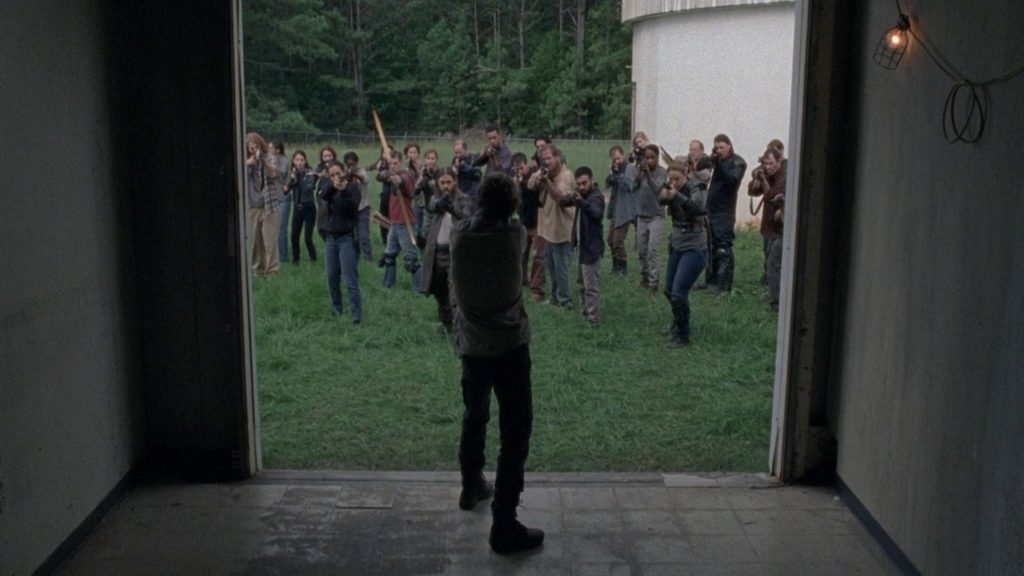 Morgan on the other hand is on a killing spree and even gets shot in the middle of the episode to his apparent death, only to walk a few minutes later (thanks to armor) and go on a killing spree, shooting down Saviors fervently. Things come to a head outside when Jesus and Tara have held a hoard of Saviors at gunpoint and Morgan arrives wanting to shoot all of them down. Of course Jesus pacifies him to calm down but it’s certainly not a good idea keeping these people alive. Then again, the fact that Rick and his gang have been constantly taking pictures of Saviors in positions of surrenders clearly indicates they’re on to something; perhaps all this will eventually be broadcast somewhere to the world to demonstrate the cowardice of Negan and his crew which will stop people from being afraid of them. (For a moment there, the way in which one of the Saviors called out Morgan inquiring whether he got transferred made me believe as if he was secretly working with the Saviors although I can’t seem to find any references to this anywhere. Highly unlikely a scenario but did anyone else catch that?)

At Rick’s end, both he and Daryl hunt for weapons which Dwight claimed were hidden somewhere in the Saviors’ main facility. Rick has an interesting moment where he ends up killing a guy who charged on him after a tussle, only to realize that the guy was actually protecting his baby infant from the threat of Rick. Rick of course feels terrible upon realizing what he did and quite metaphorically, looks into the mirror to examine what kind of a man he has become. This seems to add up to the previous episode’s incidents which together, are supposedly hinting at the point that Rick is past his prime now and is no longer fit to lead the pack.

Most of the remaining episode was filled with action too plenty showing forces from the Kingdom, Hilltop and Alexandria taking down men and women sided with the Saviors along with some dialogue between Ezekiel and Carol where the King seemed to display an irritatingly strong sense of bolstered confidence, even outright hinting that he could be faking it till he made it. Seems like the showrunners took the complaints about lack of action a tad too seriously and notched things up a bit but in doing so, failed to develop a stronger emotional core that made the action matter. And with the show having largely switched to reserving its death in (mid-season) premieres and (mid-season) finales, it takes most of the tension off the middle episodes.

The only two remotely interesting subplots in the episode were the incidents with Rick and Tara-Jesus, which were covered above. Everything else was just routine humans-fighting-humans as the All-Out war progresses and is likely to continue for the next few episodes. And with Negan and Gabriel absent from this episode, I guess we’ll learn more about their situation in the next one, as will we probably also learn about the cliffhanger with the return of Season 1 character Morales (who I admit I still don’t remember and I’m sure neither do many). The Walking Dead now seems to have too many characters and alive and it’ll be interesting to see how it manages to focus on all of those while keeping them alive for as long as possible.