Moviespirates of the caribbeanthugs of hindustan
By Divij Sonak On Sep 27, 2018 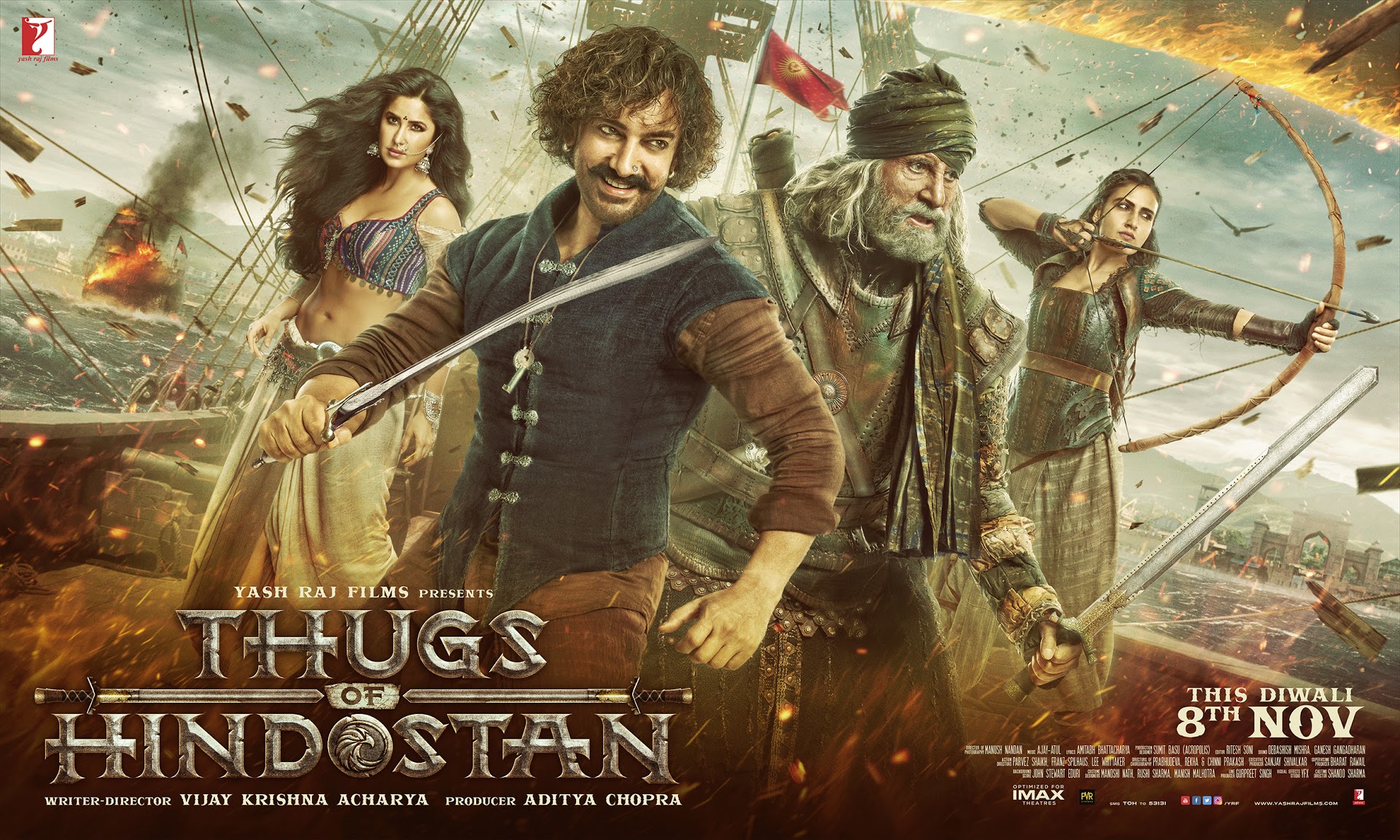 The Indian film industry is seeing an increased interest in big-budget, spectacle films involving plenty of visual effects. Spurred by the huge success of Baahubali: The Beginning and Baahubali: The Conclusion, several studios are now attempting movies at a massive scale, in hopes of carving out a bankable franchise of their own. Among these are 2.0, the sequel to 2010’s Robot helmed by Shankar, starring Rajinikanth and Akshay Kumar and Bollywood’s own Thugs of Hindustan, a swashbuckling pirate action adventure featuring the likes of Aamir Khan, Amitabh Bachchan, Fatima Sana-Shaikh and Katrina Kaif.

A few hours ago, the full-length trailer for Thugs of Hindustan debuted online, pushed by its studio Yash Raj Films (YRF). This followed a healthy social media campaign for the past week that saw posters for each character being teased followed by the complete movie poster. While the posters were well-received, the trailer has sparked numerous comparisons to Hollywood’s Pirates of the Caribbean franchise and has been criticized for its rushed visual effects, which look fake in plenty of shots.

Before we delve into those discussions however, it’s worth watching the trailer under consideration. Here it is.

When viewed at a surface level, the similarities with Pirates of the Caribbean are undeniably visible. Aamir Khan looks like a personification of an amalgamation of several crazy Johnny Depp characters such as Jack Sparrow, Mad Hatter and Tonto. His mannerisms, drooling style, strange accent, demeanor and his double-crossing nature are inspired, if not direct lifts from Captain Jack. Amitabh himself evokes memories of Blackbeard. In the Disney series, Blackbeard and Sparrow had an on and off enmity, which very well looks like it could translate to this Bollywood pirate-fantasy.

The females look considerably less inspired and more original. Fatima Sana Shaikh’s character looks like a cross between Keira Knightley’s ferocious Elizabeth Swann and Jennifer Lawrence’s Katniss Everdeen (nah, I’m just kidding on that last one. Or am I?). And Katrina Kaif seems to play Katrina Kaif with her body on display as she dances, grooves and does what she does best.

Like in the Pirates series, most notable At World’s End, it appears Aamir Khan’s Firangi will play both Amitabh’s and Lloyd’s characters, often making them believe at different points in the movie that he’s on their side. There are pirate battles, sword fights and ship battles that are reminiscent of visuals from the Disney films, if not complete lift-offs.

So does this mean that the Bollywood attempt is a complete rip-off of Pirates of the Caribbean? Not entirely. Or at least it’s too early to tell.

You see, Thugs of Hindostan is itself an official adaptation of Philip Meadows Taylor’s 1839 novel Confessions of a Thug. In that sense at least, it’s source is rooted in reality, rather than inspired Hollywood fiction. Also, the father-daughter dynamic between Amitabh’s and Fatima’s characters isn’t something that was explored in the Hollywood series until the fifth movie; and even then, that was a radically different relationship. Plus Orlando Bloom’s character is missing. And the plot itself is bound to contain some Bollywood flavor judging by the past credentials of its writer-director Vijay Krishna Acharya.

Regardless of the debate around its originality, it’s hard to ignore poor visual effects if you see one. And this trailer does contain shots that seem more out of an Assassins Creed video game than a big-budget film. For now, I guess that can be explained by the relatively newly formed in-house VFX studio that’s handling the movie’s effects, rather than an accomplished name like Red Chillies Entertainment. There might be plenty of other shots incorporating CGI that might have turned out alright but the sad reality of VFX is that the poor shots end up getting talked about the most.

In the end, despite a lot of odds stacked against it in terms of critical reception, Thugs of Hindostan deserves some recognition and praise for coming up with a big-budget adaptation of a novel containing subject matter that would remain untouched by the Hindi film industry, given Bollywood standards of fimmaking. The fact that a film like this is possible today should only open the door to additional possibilities in the future.

Thugs of Hindostan releases in theaters across India on November 8, 2018.