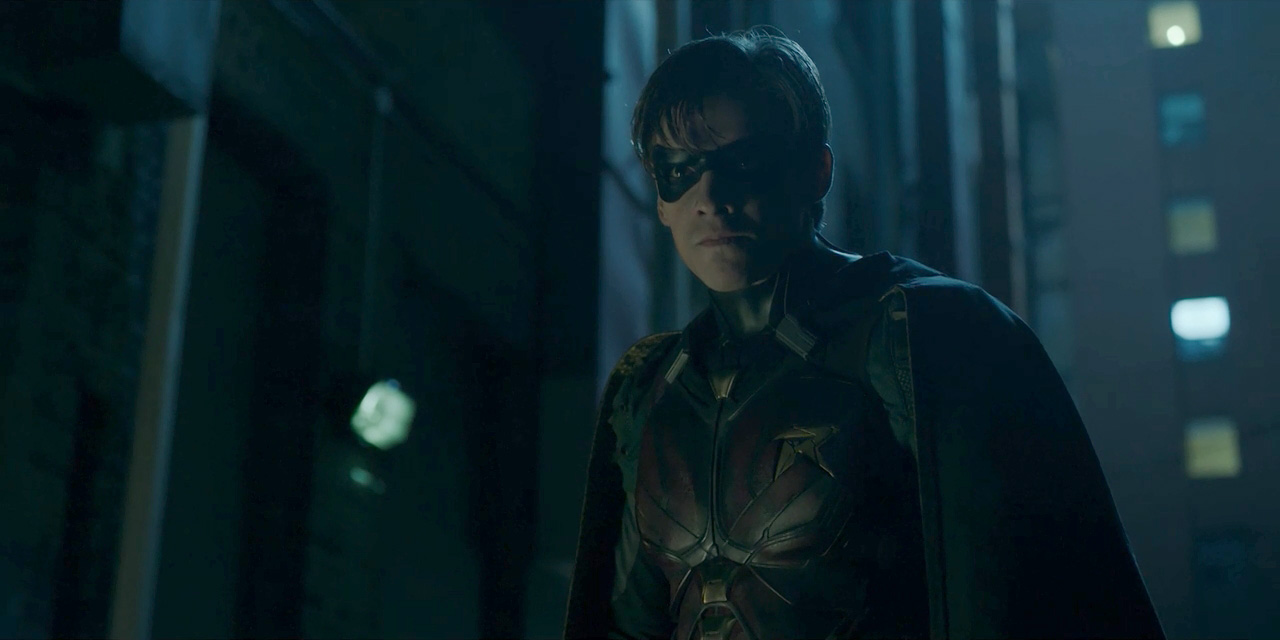 Titans marks the debut of what could potentially be the heralding of a third DC Universe after their Cinematic and Television Universe (colloquially referred to as the DCEU and DCTV respectively) have been in existence for a while now. For those unaware of the background, this show is the result of Warner Bros’ attempt at kickstarting their own DC Online streaming service which aims to serve as the be all and end all of DC content. Harvesting the troves of DC related material isn’t going to be enough to draw subscribers, which necessitates the creation of original content, a strategy popularized heavily by Netflix.

For the most part, Titans proceeds smoothly in its debut episode, ticking off all the boxes. You have the all too familiar main protagonist in Robin, a deranged former Batman protégé who’s now become too much like his mentor, to the extent that he doesn’t shy away from using extensive violence and swearing to get the job done. At day, like his mentor, Robin is Dick Grayson, a detective in the Police department of Detroit where he moved to escape the shadows of Gotham’s caped crusader and the city itself. It is understood or at least implied that we’ll learn more about this in the remaining few episodes.

The strength of the show however lies not in the manner it handles Robin, for pretty much everyone is familiar with Batman’s sidekick, but in how seamlessly it introduces and weaves the other heroes in the narrative. We have Rachel Roth a.k.a. Raven, who has a beast trapped within her. Her adoptive mother is murdered in front of her eyes leading her to escape her hometown and land up in Detroit, meeting Grayson (I’m going to try and not use his first name here). You have Kory Anders a.k.a. Starfire who’s the most mysterious of the bunch, possessing some form of ability of absorbing Kinetic energy. An accident coupled with some memory loss effectively puts the viewer in her shoes and by the time her arc wraps up, she’s neatly tied in with the others in Detroit. I’m also going to refrain digging too deep into the origins of each character with the hope that DC will gradually unfold it as the plot progresses.

The narrative itself is structured in a way that makes it easy for newcomers to follow the goings-on. DC probably understands that just like Marvel, it’s tackling B-level heroes that haven’t been dealt with in live-action before. But while it borrows some of its darker themes from Marvel’s Netflix shows, unlike those Defenders, DC deals with too many characters in a singular series with presumably more to follow. That’s a lot of unknown heroes to introduce but fortunately the directing team of Brad Anderson and writers Akiva Goldsman, Greg Berlanti and the mighty Geoff Johns himself ensure that viewers never lose track of who’s where in the overall scheme of things.

Stylistically, the show appears to be a cross between Marvel’s Netflix shows and DC’s own Gotham, with some elements borrowed from Arrow. The darker themes including the gore and violence are in stark contrast to say The Flash or even Agents of S.H.I.E.L.D. With Warner Bros. at the helm, there’s simply no reason to doubt production values or technical aesthetics although the darker blue hues can create too much of a monotony at times. Thankfully, it doesn’t have the silliness of Gotham yet; that show often comes across as a caricature at times (intentional or not).

DC takes the safe route with Titans, trying to provide crowd pleasing moments to drum up fan interest. Among those is the infamous one where Robin abuses Batman that caused an uproar of sorts online when the trailer premiered at Comic Con. And while it’s too early to comment on the show’s strengths (we’ve yet to see the big bad antagonist against whom our heroes will be pitted), Titans I feel, is off to a good start and makes for some fun, entertaining television when it’s out there. Let’s hope the remaining eleven episodes up the ante, or at least live up to the premiere’s standard.