Titans introduces its spin-off team, setting the stage for a whole new show 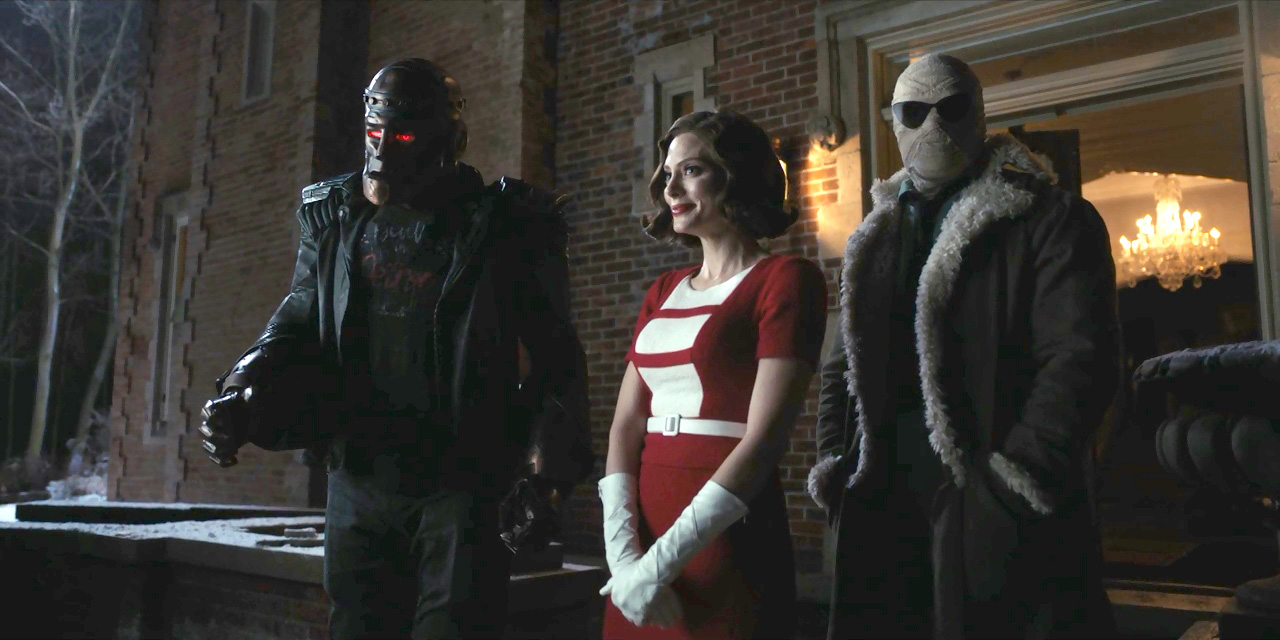 Now that’s a tad bit too ambitious. As if the incoming barrage of characters and the breakneck speed at which they were introduced wasn’t enough, Titans just dropped a bomb on its viewers and brought them up to speed with a whole new superhero team-up. That’s three new “heroes” along with their slightly maniacal creator, not to mention the huge amount of screen time given to Beast Boy, who until now, was merely relegated to cameos and minor appearances. There’s definitely a lot to unpack and process from this episode so let’s get on it.

The episode mostly focuses on Rachel as Beast Boy befriends her and takes her to his hideout, comprising of members of the Doom Patrol. Never referred to as such by name, the trio share a tinge of similarity in their origins as they all attempt to hide their deformed physical bodies through experimental means. We come across Robotman a.k.a. Cliff Steel, who suffers from a Robocop like fate after a car crash renders his body incapable of locomotion. There’s Larry Trainor a.k.a. Negative Man, whose face is similarly scarred by burn marks and uses his guise to hide his scarred face, reminding us a lot of Scarecrow in the process. And finally, there’s Rita Farr a.k.a. Elasti-Woman, perhaps the most deformed of the three, if only because we actually get to see her deformation on-screen compared to the others whose real physical selves are concealed beneath their secret identities.

Despite their oddities, the Doom Patrol appear to be a fun gang to hang around with. Comic scion Geoff Johns assumes writing duties and he teams up with director John Fawcett to ensure they take the show away from the drudgery and dreariness it’s been indulging in thus far. The result is a much more vibrant and light take, not only in terms of mood or setting or the choice of 80s music but also in terms of the color palettes. The show finally moves away from its deep blue hues and sequences in the mansion contain a sepia warmth to them which is refreshing to see in the show’s otherwise monotone scheme.

What’s also refreshing, and yet simultaneously downright frustrating, is how Robin and Starfire are totally delegated to the backseat. Their subplot merely involves searching for Rachel and takes them from Point A to Point B until they expectedly land up at the mansion to unite with their newfound friend. At this point, Titans only has a hint of a bigger plot with no major antagonist and no direction as to where the story’s headed; the show seems content with establishing a DC Universe sandbox and playing around with it as much as possible before settling on something focused.

What’s also somewhat frustrating is how predictable and less-subtle the writing notes are. Almost everything done by Robin and Starfire, including most of all Robin’s violent outburst geared towards reminding us for the umpteenth time how Robin has changed for the worse or even Robin consoling Rachel towards the end assuring her he’s there for her tend to be on-the-nose and devoid of any subtlety whatsoever. The origins of the newly introduced characters are much better handled in that sense and while they’re not spared the over-the-top sequences entirely, there are still moments where you get a sense of a broader mystery lurking around without the said reveal being spelled out explicitly. This is a major area where the show is reminiscent of Gotham for me although I’m hoping the storytelling improves with time as Titans gets comfortable with its established universe.

The great thing about the episode, and one which seems to be garnering universal praise is how it introduces us to a side of the DC Universe we never knew existed. For time immemorial, DC has focused mainly on Batman and Superman in the movies and other members of the original Justice League in the cartoons and animated shows and movies. Even DC’s shows have largely been about mainstream or at least somewhat known characters. This is a set of heroes that we haven’t been exposed to at all and that DC has chosen to tackle these B-list heroes and debut its streaming service offering with this lesser known corner of the universe is something that’s worth appreciating and applauding to say the least.

That said, I’d be thankful though if the show stops bringing any additional characters into the mix and gets its act together. We’re four episodes in and already the writing team of Geoff Johns and Akiva Goldsman have snuck in what essentially amounts to a backdoor pilot for a spin-off. At its core, Titans seems to be targeting teenage and millennial adults in the age of 15-18 year olds and the writing and plot progression is indicative of that at some level. Still, that doesn’t make it any less fun on enjoyable. At this point, Titans is heightened guilty pleasure.