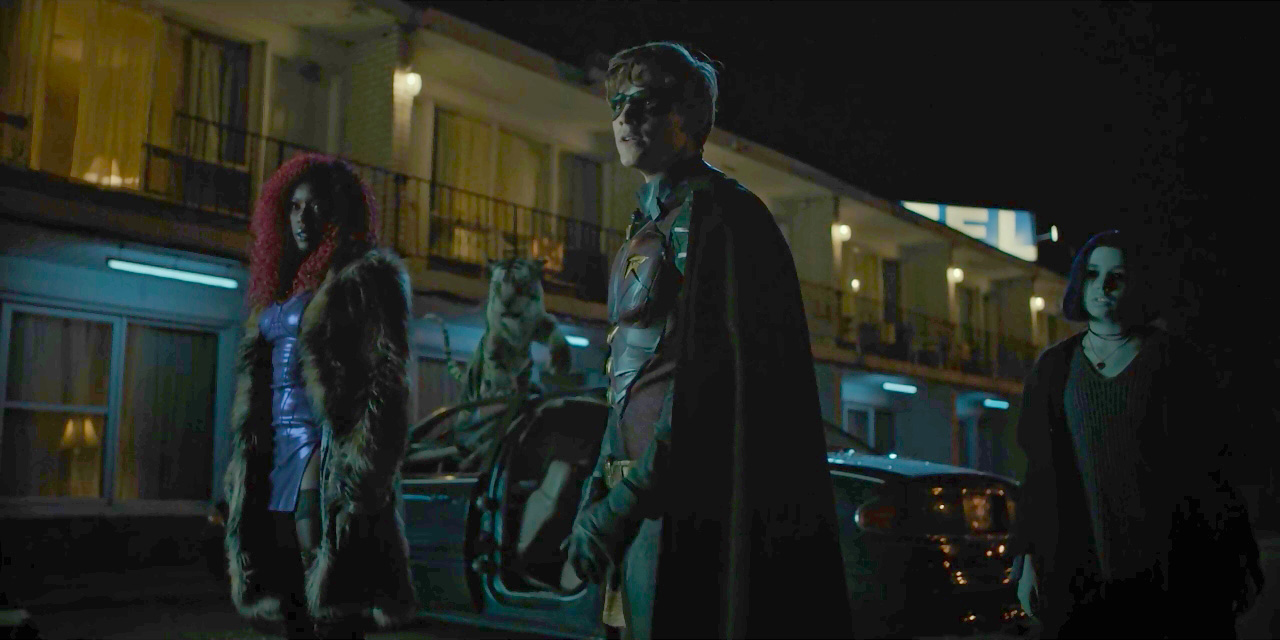 True to its title, the fifth episode of Titans brought the core team together and even gave us the familiar team formation pose. Getting there though was the result of a run-of-the-mill process of the team getting to know each other before being forced to use their powers in the event of an unexpected attack. And while no new characters were introduced, we do get a tease towards the end on the presence of a comic-book familiar face but one that live-action aficionados are bound to be delighted seeing.

The team-up had all the trappings of conventional storytelling. A group of rag tags on the run from unforeseen forces, one of the group members stepping up for the team and initiating the process of getting to know and understand each other’s powers, some trust issues and inability to control their powers, a mystery around the leader lurking in the shadows, and finally the attack itself that leads to the team forced to come together and the leader to reveal his identity in a grand entrance leading to a (brutal) fight and the assembly pose. Nothing unique or oddly different around it save for the fact that Kory and Robin hook up at the Motel, which was rather weird after Dick’s obsession with Dawn just two episodes back. I was half-expecting him to succumb to the advances of the Motel receptionist as well and was thankful it didn’t go that route.

While the team-up itself may seem forced, at least this episode doesn’t stray away from its central storyline, never mind that it barely advances it. We’re still nowhere ahead with Rachel Roth / Raven’s internal conflict, we’re as unsure about Starfire’s mysterious alien origins as we were before, and we still don’t get to see Gar’s transformation into the tiger for lack of special effects budgets masquerading as his need to hide off his nudity. He’ll probably get Hulk-like stretch pants sometime soon and change his animal into something else. At least we get to know Gar’s vegan, which is why he doesn’t bite people. Okay.

The nuclear family continues their brainwashed attack and I’d love to get to know more about them. Sadly, the episode’s outcome means there’s less likelihood of that happening even though they could still return as different actors entirely given that they’re essentially personalities entrapped in individuals, brainwashed HYDRA style. And we do get wind of a mysterious FBI / SWAT-like organization lurking in the shadows until the bomb drops and Dick Grayson, the Robin is saved by Jason Todd, the Robin. That’s undoubtedly going to be one of the most intriguing highlights of the next episodes, seeing both the Robins interact in live-action (never done before) although this also means the main storyline is likely to take another detour.

Episodes of Titans can be notoriously hard to review considering the excellent and horrible bits they pack in the same hour. In this one for instance, the entire martial-arts-esque fight choreography in the sequence between the nuclear family and the Teen Titan family is brilliantly brutally executed, making it Together’shighlight. Even Robin’s appearance, which appears a bit corny and staged, still evokes some excitement. The team-up bits are mildly amusing and breeze through, if a bit old-school. However, all the character talk in between and Kory and Robin’s hookup are just mindless plot points thrown in for Geoff Johns knows what reason. And Rachel’s continued, repeated struggle becomes tiring after a point when it does nothing to advance the plot or come across in new and refreshing ways.

And while the directing is top-notch, the writing is a mixed bag with all these hackneyed elements cooked together, without regard to where the story is headed. The one silver lining about the writing, compared to Marvel’s Netflix shows for instance, is that it’s structured in a way that it holds your attention. The Netflix shows can often be a literal drag at times (except Daredevil) and can just struggle to hold your attention. This one doesn’t. That said, the writing on those Netflix shows in terms of bringing out character traits and interactions and backstories is far, far superior as opposed to the writing on Titans which often feels like it was written by teenagers for teenagers.

None of this takes the enjoyment away from Titans and that’s a good thing in itself. As a reviewer, it definitely makes it immensely hard for me to score the show. Considering how little the show offered except bringing the core team together, I’m obliged to rate it a 7, however the satisfaction offered by the team-up itself encourages me to increase the score a bit.