Is the MultiVerse finally in place? WandaVision throws a curveball in its fifth episode. 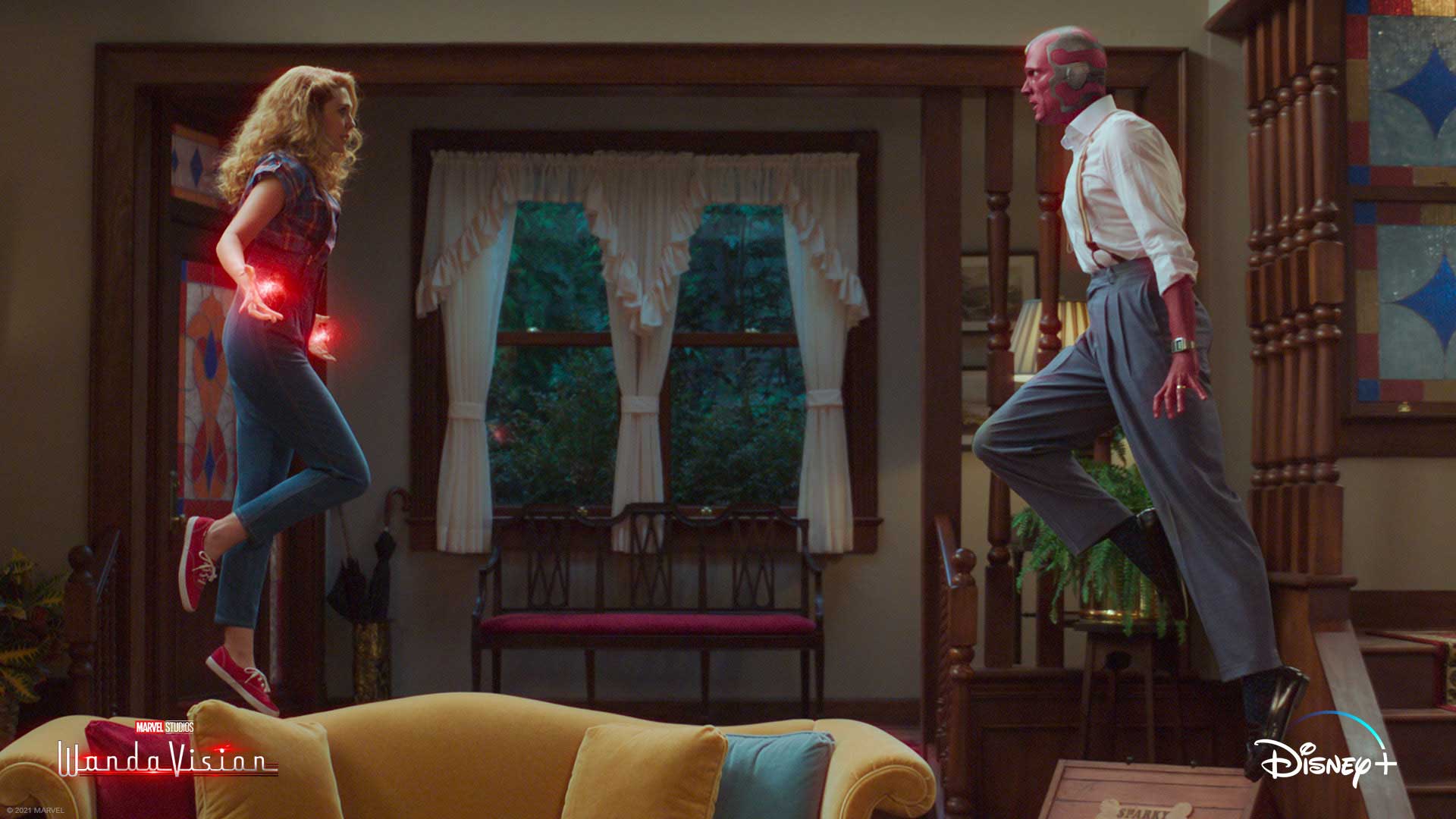 WandaVision may have started off slow but boy it’s picking up. With Episode 4 having made us aware of the phoney nature of Wanda’s sitcom reality, the show is creatively free to explore both worlds in and out. It embraces the shifting aspect ratios completely as it switches between 80s style and present-day MCU color palette to flesh out the magnitude of Wanda’s concocted reality and the dark depths to which she has gone to maintain the illusion.

The show yet again relishes its sitcom spoofs by mimicking a Family Ties intro. From the tone and color palette to the score, dialogues and costumes, it nails the sitcom aspect yet again. The focus is a lot more on the twins as they grow up rather fast into Wiccan and Speed; they haven’t gotten the names yet. But Vision clearly begins to sense that something is off as he momentarily awakens one of his colleagues who has no idea he’s being mind-controlled to play a sitcom NPC, just like everyone else.

Things move rather briskly in the real world as Phase 4 newbies get a doze of MCU history. Wanda’s trouble past and her tryst with Sokovia and Lagos is explained and the meta-reference to her not having the Scarlet Witch nickname is also thrown around. And as these sections may have the typical MCU urgency of hacking around firewalls and piecing together things, it’s refreshing to see that side of the story progress even as breadcrumbs are laid all around. The obvious one being Rambaeu’s rattled expression upon a mention of Carol Danvers, suggestion all didn’t end well between the two.

We’re also starting to see some exploration of Wanda and Vision that I yet again prematurely complained, we didn’t have enough of. Vision, despite being mind-controlled or resurrected by Wanda (we aren’t entirely sure) is still able to maintain his inherent nobility and purity. He’s beginning to display concern for the folks trapped in this reality and almost squares off with Wanda before losing this part of his memory. Wanda on her hand, has gone full rogue and yet one can’t help sense that there’s some benovelent force that could be responsible for pulling the strings from behind. Could Agnes have anything to do with it?

Both Wanda and Vision are tormented souls with bizarre pasts that lends itself for some interesting drama. Wanda makes it clear by the episode’s end that she will not stop at anything to thwart any threats to her imagined reality. And yet, Vision’s persistence at wanting to figure out what’s wrong with Westview will put him at odds with the very person who’s responsible for his resurgence. At this point, I doubt if Vision can even exist without Wanda, yet the inherent nature of his character is seeking out an outcome that means exactly that.

And Holy Hell, what in the world was that ending? As if the twist of Pietro’s return wasn’t enough, the camera pulls back to reveal a recast (one that even Darcy references). It’s Evan Peters from Fox’s X-Men universe that’s playing Quicksilver now. What the hell does that even mean? Has he crossed over from that universe to this one? Has Wanda officially opened up a door to the MultiVerse? Is this how Marvel plans to reintroduce X-Men into the MCU? Does this open up the possibility of Hugh Jackman returning as Wolverine? So many questions, my head just exploded at seeing Evan Peters reprise his role and my mind’s buzzing with all sorts of outcomes on what exactly Marvel Studios is even doing.

Enough said then. At this point, WandaVision has grown from being a slightly humorous sitcom to one of the most meta-creative offerings to come out of the MCU in recent times. The level at which the studio is breaking the fourth wall, I wouldn’t be surprised if they’re prepping us up for Deadpool’s official introduction to the MCU.