WandaVision incorporates some iconic comic references in a homage to an iconic event. 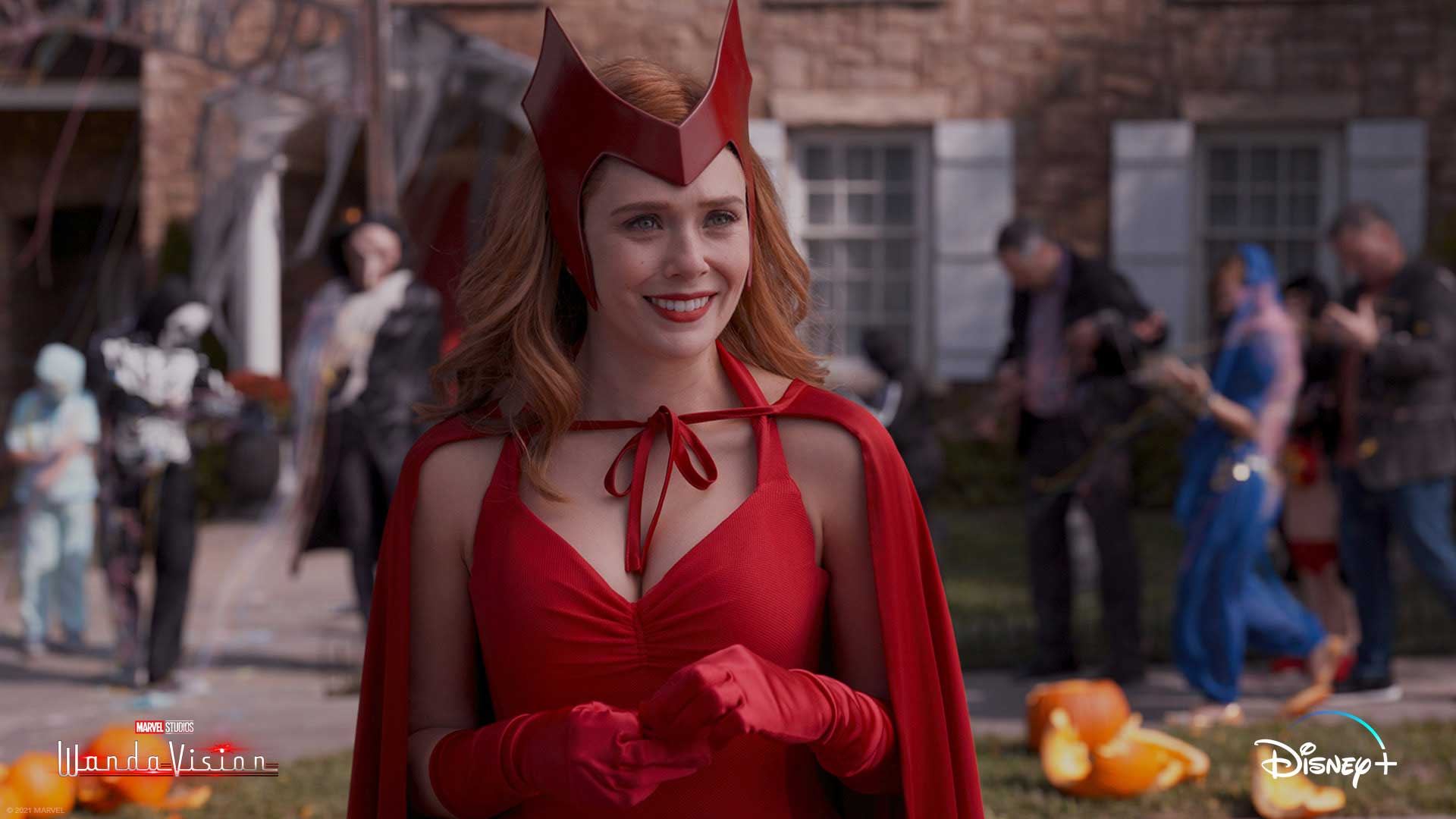 WandaVision delivers its own take on Halloween by paying homage to the holiday themed sitcomes of the 2000s. It uses the occassion for incorporating the age-old comic costumes of its famed superheroes as a guise for Westview’s Halloween celebrations. All the same, we get some strong emotional moments, particularly from Paul Bettany’s Vision as he begins to awaken to the prison that Wanda has chained him within.

The episode did a fine job recreating elements of Malcolm in the Middle. This includes the jarring camera angles, the fourth wall breaking and the zestful nature of the goings-on from that era. The city is bustling with activity as folks emerge in their Halloween costumes and the vibrancy of the outfits makes the screen pop with colors. It’s also wicked creative for the team to use Halloween as a guise to dress Wanda and Vision up in their comic-accurate outifts. Not the recent ones but those that go all the way up to their original appearances from their Jack Kirby days. The costumes would’ve looked ridiculous and impractical in the current era so it’s a swift way of paying homage. Bet you didn’t see that coming.

Evan Peters melds into the role of Pietro Maximoff, serving as the playful uncle to the twins Tommy and Billy who begin developing their own abilities that mirror those of Wanda and Pietro. Peters displays the raw energy and excitement that comes with someone bustling with that sort of energy and he’s up to the challenge of reprising his role in full force. Only, he displays some anomalies in what he recollects and what he does not which makes it glaringly obvious that there’s more to him than meets the eye – more on who Pietro really is in a separate piece.

Paul Bettany is the episode’s MVP. In addition to his subtle impressions of Bryan Cranston’s mannerisms from Malcolm in the Middle, he is tasked with the bulk of the emotional heavylifting as he meanders around the edge of the town and comes across an eerie sight of folks frozen in their tracks, repeating a small set of actions in an indefinite loop. His exchange with Agnes about being trapped in this reality against their will was a powerful moment and laid out the desires of both characters to be freed. Vision has always been a pure soul and it’s no accident that he was able to lift Thor’s hammer. He therefore feels strongly for the people imprisoned in Wanda’s reality and tellingly begs for their freedom when he is almost eviscerated trying to escape the Hex.

Wanda herself is quite messed up at this point and even contradicts her own thoughts. She is definitely against resurrecting their lost dog to teach her twin kids the value and permanence of death. Yet, she cannot come to terms with the demise of her own brother. There are undercurrents that Wanda’s grief and pain have been manipulated in order to unleash her powers on Westview, which effectively implies Wanda has no control over her actions that involve controlling others. If true, this is a neat bit of irony while simultaneously being quite messed up.

On the S.W.O.R.D. side of things, factions are formed as Monica, Randall and Darcy stage a mini-rebellion of sorts when they go against Hayward’s plan. Hayward clearly has a hidden agenda up his sleeve that involves, as in many other MCU properties, some plan to harvest Vision’s robotics to create intelligent weapons. And so, when the trio raise their voice against him, he has them escorted only for them to escape his clutches and concoct a plan that involves Monica going into Wanda’s reality.

This all comes to a culmination as Wanda, realizing through her son’s telepathic abilities that Vision is trying to break free, expands the Hex significantly to absorb S.W.O.R.D.’s facilities within it. While it’s amusing seeing the military organization being turned into a circus, the real kicker should come next week when Darcy becomes a part of the sitcom fest; already rumors doing the rounds suggest it’s going to be 2 Broke Girls all over again. The stand-off is also a stark reminder of Wanda’s powers and just how they really don’t stand a chance against Wanda if she indeed is the show’s real villain.

But, as I said before, appearances can be deceiving, particularly of Wanda’s brother Pietro. There’s something very specific going on with him and with the commercials and the reveal of who exactly he is will probably be the series’ final twist. For now, WandaVision is chugging along amazingly well and has gone from just another sitcom emulation to one of the TV Shows to look forward to the most, week after week. It’s going to be intensely difficult to stay away from Wanda’s reality and wait that long for the next episode to drop.