Schaeffer elaborates on the challenges of embracing a new form of storytelling. 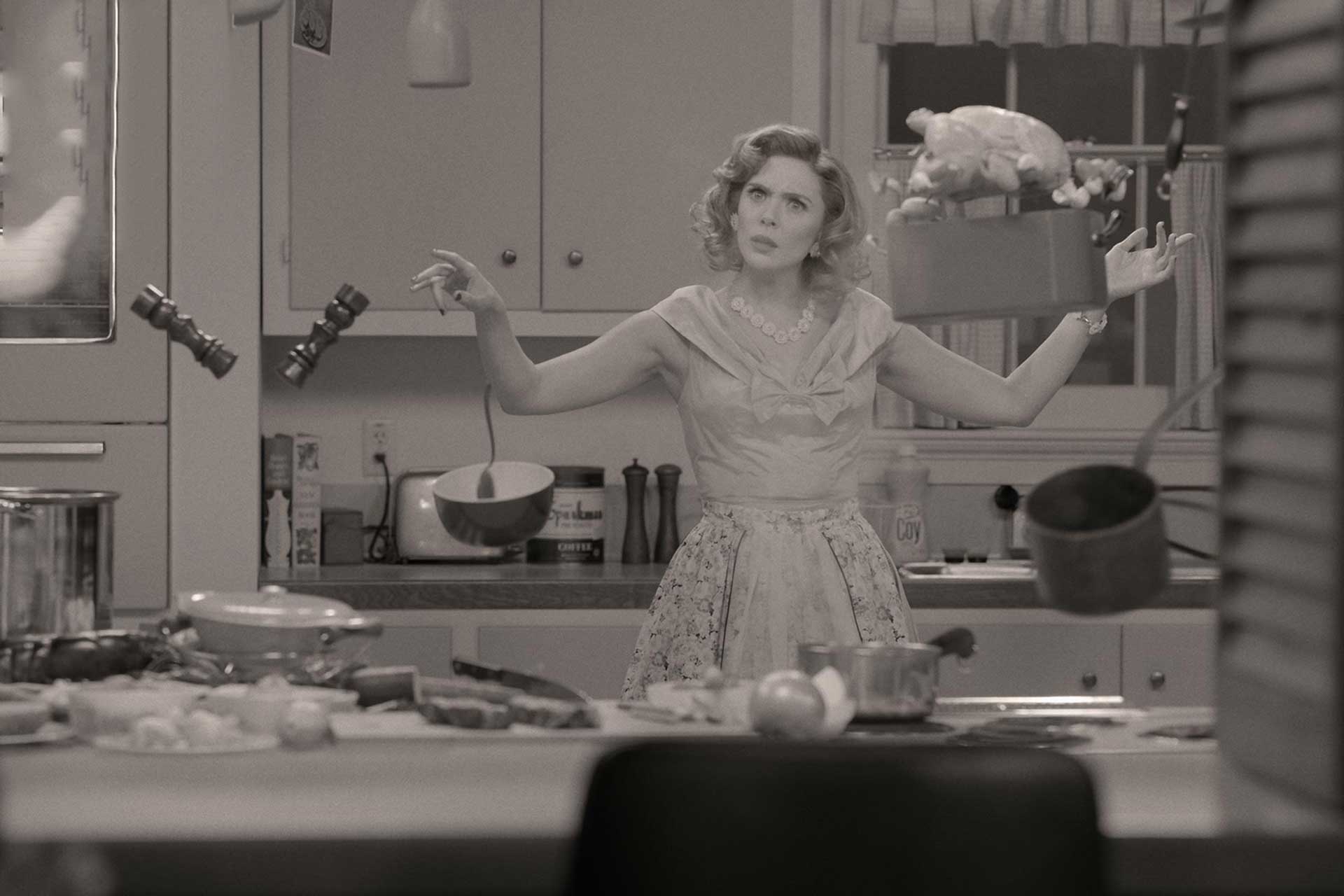 WandaVision is just around the corner so expect a lot of tidbits about the show to trickle out in the days ahead. The meatiest of course is the SFX magazine feature that took a deep dive into the show’s creations. One of the more interesting bits to be revealed was how showrunner Jac Schaeffer pitched her idea for the series using her prior knowledge of how pitches worked within Marvel Studios.

I was invited to pitch. I had gotten really familiar with how one pitches inside of Marvel, and how to express ideas and break a story, so I took all that knowledge and did a big pitch for WandaVision, and was lucky enough to win it.

Among the hardest things that Schaeffer described was to give some structure and shape to the kernel of the idea that was floating around. By now, all Marvel fans would know WandaVision flirts with the concept of Wanda creating an alternate reality of sorts in which she enjoys a married life with Vision by living it through sitcoms of the 60s, 70s and 80s. This bizarre plot needed to make sense and that’s where Schaeffer described the team coming together to mould it into what it became.

It was really exciting, beautiful and just shiny and full of promise, and noisy and insane. But what they were looking for was shape. It was an incredible idea, an incredible space and a really intoxicating collision of pop culture, yet what they needed was a way to make it work, a way for it to hang together narratively and in terms of a legitimate affecting character arc. That’s what I pitched upon: how do we follow a yellow brick road through all of this hairy and exciting territory?

Pitching of course, was only half the battle. The other half was in making this work as a TV Show, a format that’s new for Marvel Studios that has until this point, only focused on making movies. Sure, Marvel had a tryst with Agent Carter (Agents of S.H.I.E.L.D. is made by Marvel TV, a separate entity) but doing a limited series was essentially akin to doing a 6 hour movie. The crew kept referring to the series as a big enormous feature that simply had to be restructured to fit the TV format. Schaeffer explains:

WandaVision is in the bizarre space of being a tentpole movie within a limited series construct. And once we started breaking the story, we had to figure out how to carve out the episodes from within the larger story.

This meant bringing in TV concepts such as assembling a writer’s room and having them break the plot to fit a more episodic format. Director Matt Shakman also described it as being a full-on MCU extravaganza with the big dramatic moments and the life-and-death stakes present.

It looks like WandaVision will start off as a bizarre sitcom before heading into the more traditional epic MCU movie climaxes with big battles. Both aspects were witnessed in the recently released trailer; the sitcom stuff is the one that’s been marketed the most but Marvel Studios often likes to start different and coalesce into their typical style that bodes well for their shared cinematic universe.

WandaVision is set to premiere on Disney+ on January 15, with episodes being available on a weekly basis.