The movie will chronicle the journey of a researcher and biologist on the Panda base in China.

The movie will chronicle the journey of a researcher and biologist on the Panda base in China. 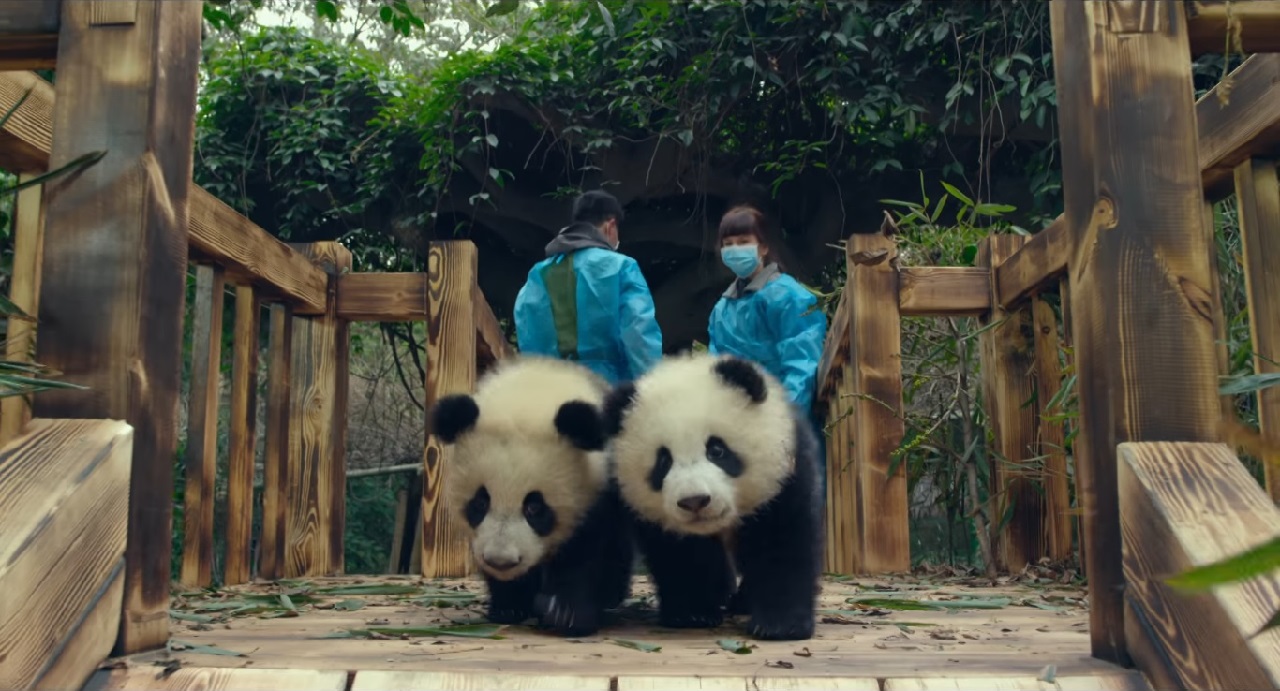 Pandas are simply unparalleled in their cuteness, making the clumsiest of their movies look adorable. Now IMAX has partnered up with a base in China to blow up the mushiness of these delightful black and white creatures on the largest of screens.

A new film, simply titled Pandas will explore the Pandas of the Chengdu Panda Base in China, specifically revolving around one named Qian Qian. In parallel, it will also follow a researcher and an American biologist in their quest to learn more about the engendered species that is Pandas. The movie was shot with IMAX cameras and will be Digitally remastered with IMAX’s proprietary DMR technology. It should be noted though that this is not the first such Panda film from IMAX; they previously partnered with the Wolong Panda Center in China where they were given unprecedented access to film a 40-minute documentary titled Pandas: The Journey Home.

Earlier today, IMAX released a short teaser for the movie which contains some gorgeous looking footage of both the landscapes and the adorable creatures. You can watch the teaser in the embedded link below:

Directed by the duo David Douglas and Drew Fellman, the movie will hit IMAX theaters in the US on April 6, 2018. No word yet on the movie’s run-time or even whether it will see a worldwide release but for the sake of all Panda fans out there, we sincerely hope it does. The world could use some Panda cuteness on the giant IMAX screen.

IMAX has also released an official synopsis for the film which we’ve reproduced below for your viewing pleasure:

Pandas are beloved around the world, and now they are coming to the big screen in the IMAX® original film PANDAS, a breathtaking documentary adventure and amazing experience for the whole family.

At Chengdu Panda Base in China, scientists are dedicated to protecting the species by breeding adult Giant Pandas in order to introduce cubs into the wild.  This film follows one such researcher, whose passion leads her to initiate a new technique inspired by a black bear program in rural New Hampshire.  What starts as a cross-culture collaboration becomes a life-changing journey for an American biologist who crosses an ocean to join her; a scientist from Inner Mongolia; and a very curious female cub named Qian Qian, born in captivity.

Captured with IMAX® Cameras, join Qian Qian on an exciting new adventure in the mountains of Sichuan as she takes her first steps outside her protected habitat, discovering her true animal nature…even as she faces the challenges of the unknown.

David Douglas and Drew Fellman, the filmmakers behind Born to be Wild and Island of Lemurs: Madagascar, directed the film, which Fellman wrote and produced, with Douglas as director of photography.  Donald Kushner and Steve Ransohoff also produced the film, with Li Gen Xiong and Elie Samaha executive producing and Neal Allen serving as line producer.

The IMAX release of PANDAS will be digitally re-mastered into the image and sound quality The IMAX Experience® with proprietary IMAX DMR® (Digital Re-mastering) technology. The crystal-clear images, coupled with IMAX’s customized theatre geometry and powerful digital audio, create a unique environment that will make audiences feel as if they are in the movie.