HBO may have found its next Game of Thrones. 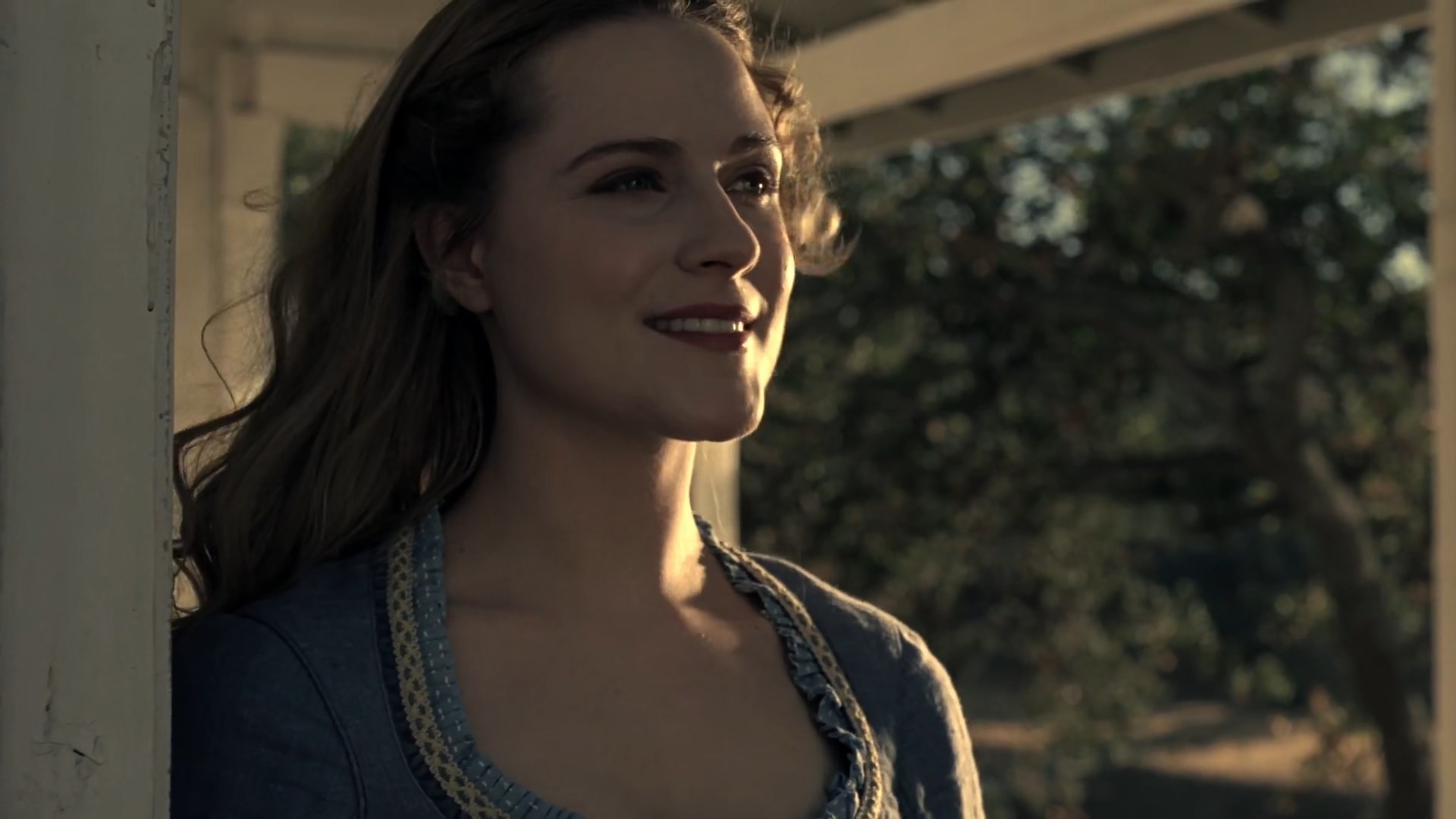 What does it mean to be real? To feel emotions? To remember? To be kind, gentle and noble? To be vile, sadistic and brutal? Can we conquer disease, and if so, what marks the next step in human evolution? What does it even mean to be more real? To be more human?

These are just some of the heavy-handed, thought-provoking questions posed by the Westworld series premiere. Peppered with hot dozes of philosophical outbursts, writers, showrunners and real-life couple Jonathan Nolan and Lisa Joy have scripted a cacophony of ideas laid out across the juxtaposition of two thematically unrelated genres. In Westworld, science-fiction meets westerns as Michael Crichton’s idea of a theme park populated by artificial androids not only comes to life, but is expanded in all directons and stretched several layers beyond what the original concept provisioned for.

There’s so much to uncover in this sprawling, scripted “original” premiere that I just had to revisit the series on an episode by episode basis, nearly 3 years after it aired on HBO on October 2, 2016. Consequently, this is a re-watch; I already saw the first season 3 years ago. Regardless, for anyone that has had the misfortune of having missed this series and stumbling upon this review, I will avoid any spoilers for future episodes, covering only the material revealed until the episode being reviewed.

Michael Crichton’s 1973 film Westworld was about a theme park of robots that eventually go haywire and turn in on the park’s creators and human inhabitants. That movie, despite being ahead of its time in imagining certain gloomy AI scenarios, was far too simplistic in depicting its central storyline. Developed from that same idea though, Nolan takes the seeds and plants multiple trees out of it, that not only make the proceedings infinitely more interesting but also set the stage for narrative possibilities down the road.

Twisting Crichton’s central premise, Westworld takes the 1973 film’s central character, Yul Brynner’s android Man in Black and turns him into a human, albeit one who’s been visiting the park for over 30 years. As such, he displays an impeccable command when dealing with the park’s “hosts”, incredibly lifelike androids who have no idea they’re living a programmed existence. He commits barbaric acts on a pair of noble hosts, the charming Teddy Flood and the sweet, innocent Dolores Abernathy, killing the former and (as is implied) raping the latter. The horrific turn of events instantly differentiates the show’s deranged take compared to the film, in its opening minutes nonetheless.

Beneath the barbarism, Westworld has an elaborately structured mythology in place, a lot of which is let out in the premiere itself. The park has about 2,000 hosts programmed with backstories that leave open room for small improvisations against an overall scripted behavior. It’s been in operation for over 30-40 years and is run by a complex management team comprising of all departments ranging from operations, tech and even “story-writing”. The bulk of the episode centers around a recent software update pushed by the lead programming team that’s causing the “hosts” to malfunction in bizarre ways.

That lead programming team is headed by none other than Robert Ford, the park’s eccentric, restrained creator played by the enigmatic Anthony Hopkins. Through Ford, Hopkins displays a sense of arrogant experience, preferring to stay underground tinkering with the AI beings, improving code and pushing them past the brink of reality as opposed to focusing on mundane, management matters. His associate Bernard Lowe (played with suitable forbearing by Jeffrey Wright) is by his side and together they were responsible for introducing the new batch of updates that came with a feature: “reveries” – tiny muscular movements, twitches that are the result of an enhanced capability of remembering prior events.

Nolan’s penchant for laying out the story from the robots’ point of view provides for an interesting opportunity to explore the dark, twisted and unhinged human mindset when operating without any fear of the law. The android protagonists appear gentle, kind and the ones to mind their own business. In contrast, the humans almost come across as antagonistic, the Man in Black being a prime example. Others, such as the man and his wife who join the Sheriff on a mission to rid the town of a bandit are less evil but equally inhumane. In one instance, the man kills off robot thieves and celebrates his victory as the robot’s neck is slashed; he expresses a desire to capture the momentous occasion on photo as the androids collapse to death. The humans are for lack of a better word, inhumane.

Amid all the scripted mayhem we meet Dolores who is undoubtedly the show’s central protagonist. She goes about her life, waking up to every day anew to the same piece of music, without any memory of the trauma and torture she was subject to before. She gazes upon the fake world wide-eyed, expressing admiration for its beauty even as humans rape her, strip her naked and interrogate her in cold-blooded fashion. A chain of events leads her to developing a sliver of consciousness and by the episode’s conclusion, she harms a living being by swatting a fly. This is pivotal given that the episode throughout shows flies hovering around hosts without receiving any reaction from them.

The beginning of her “awakening” has a lot to do with her on-screen father, Peter Abernathy, played with a mix of eerie composure by Louis Herthum. The sequences where he receives a photo of a girl against an urban New York backdrop, his subsequent reaction and his behavior on being interrogated displays a brilliant range of acting in a short span of time. He captures at once, the kindness of a host in one moment and the threat of the android uprising in another. It’s a wonderfully delivered performance, against Hopkins nonetheless.

Westworld is a show about ideas and Nolan’s writing makes it abundantly clear without resorting to over-the-top. About 10% of the park’s hosts are affected by the recent update and as Lee Sizemore remarks, pulling out this magnitude of hosts can result in a sizable domino effect that can throw narratives off-course. They decide on pulling a planned “heist mission” ahead by one week, resulting in a massacre by gangster Hector Escaton that gives management an excuse for taking the faulty hosts offline. There are shots of hosts being shot that remind you of a first-person shooter, particularly a slightly elongated one-take sequence shot from over a cowgirl’s shoulder.

In fact the comparison to games is particularly enticing. Westworld‘s setting and world-building looks straight off Grand Theft Auto or even Red Dead Redemption with the added twist of a real team running it all behind the scenes. Humans treat the hosts as NPCs and, taking aside how lifelike the robots look, is quite comparable to what we as human players would do in the world inside these games (Hot Coffee Mod anyone?). The need to inflict harm and let out our wildest desires is hammered in our self-conscious and it’s when an avenue is provided to truly achieve that when all hell breaks loose. Taken in that sense, Westworld is really an elaborate virtual reality game without the need for an Oculus Rift to be strapped on; you have real-looking NPCs that react to you just the way you would. The Turing Test has been long passed.

The production values and quality of Westworld are no secret and right from the first frame, the $25 million or so HBO spent on the pilot episode alone is on lavish displays. Nathan Crowley’s production design is extensive, allowing the camera to cover vast swathes of terrain. Paul Cameron’s cinematography contrasts the sunny, hopeful world of the robots with the bleak, muted dark palette of the tech-center where the humans are running the show from. The milky-white endoskeleton that forms the hosts is also symbolic of their angelic nature when compared to the conniving humans. And the non-linear editing keeps your interest hooked right from the beginning, when dialogue that will appear later in the episode is interspersed with sequences from the farm.

As with HBO’s other show, I’m in sheer awe of the traces of brilliance Ramin Djawadi’s score exhibits. The opening theme is haunting; the intro itself conveying the sense of robots being guided by a script before taking over themselves. But the subtle shreds of piano that we hear that will later on evolve into full-blown emotional themes just lend the show an epic nature that makes the music synonymous with the writing. Without spoiling future episodes, the score evolves into something much more hauntingly beautiful.

On the whole, this was a flawless season premiere that evoked a plethora of emotions and a much finer understanding upon a re-watch. I’m hopeful of covering the remainder of the season in a similar vein.