The inevitable robocalypse begins to rear its ugly head in Westworld’s third episode. 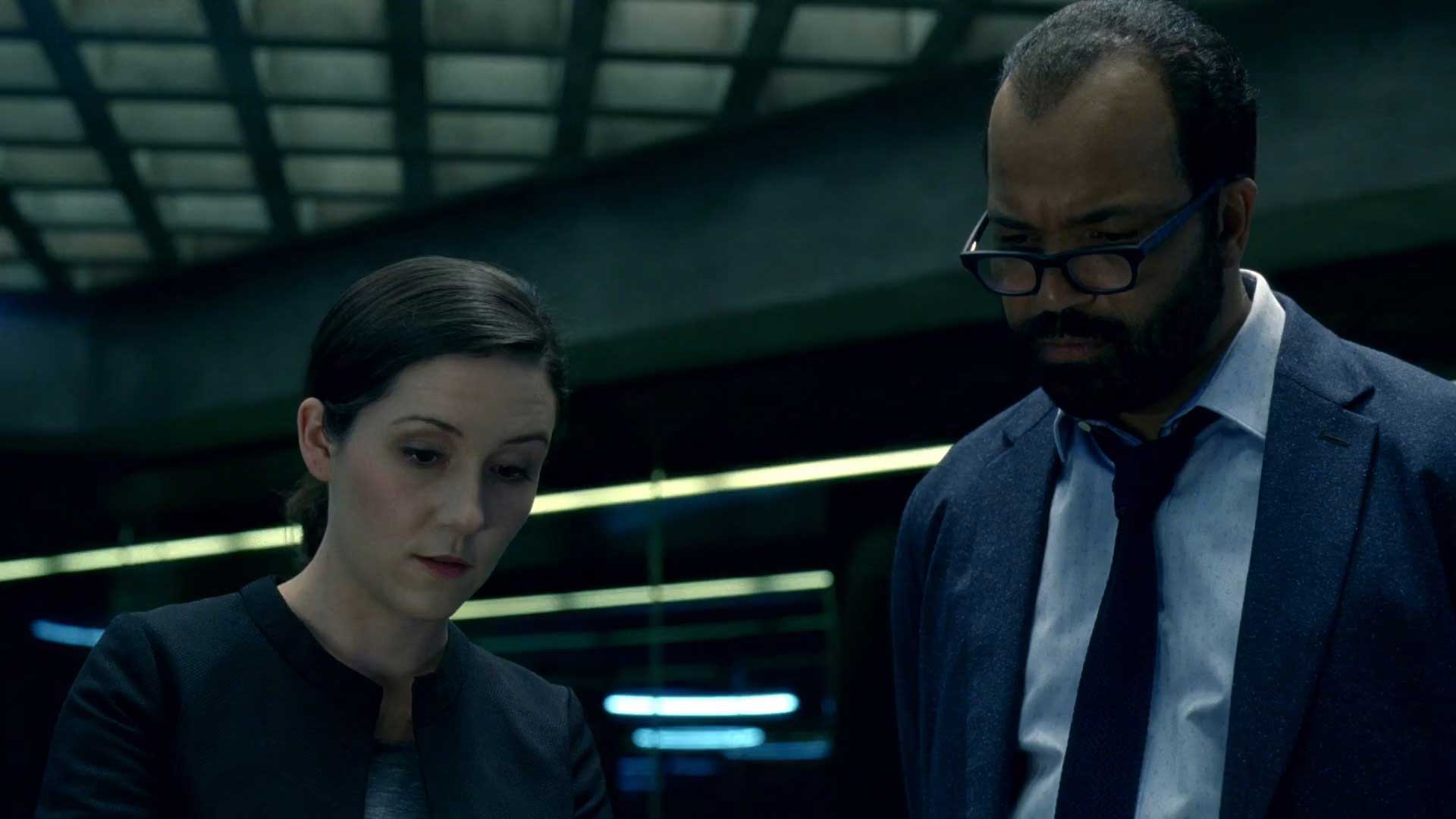 In a certain sense, Westworld is a journey to a known destination. For those who’ve already seen the movie, we’re aware of how it’s all going to end and what those “reveries” have been leading us to. And yet, we haven’t really seen or felt the horrors of what a robocalypse of this magnitude would bring with it, focusing a lot more on the gradual development of AI sentience. The Stray for the first time gives us a small doze of that as we witness just how frightening the robots can really be, even when they’re programmed to not harm humans at any cost.

The titular stray itself comes toward the episode’s end when Elsie Hughes and Ashley Stubbs get wind of a robot gone astray and plunge into the western world to bring it back on track. The journey there is rife with small little teases; the AI knitting out the Orion constellation as part of unscripted behavior. As the tension mounts, we eventually encounter “it”, trapped in a scheme of its own doing. And just when Stubbs is about to take it down, it springs back to life and, in a twist hard to see coming at that moment, just batters itself to death instead.

This sequence is a battle between the robot’s newfound self-conscious which is clashing with its pre-scripted behavior. It’s a result of a conflict wherein it wants to subconsciously harm humans but knows that as part of its programming, it cannot. The depressing end result is inflicting harm upon itself, almost as a way of making a statement about the internal struggles it is going through; struggles that manifest in the real world as a technical malfunction. But both Bernard and Ford know clearly there’s more to this abhorrent behavior than meets their eyes.

But as explicit as the title’s derivation from the episode is, it is also quite implicit in parts. Through their journey of living out a 24 to 48 hour existence, the robots are pre-programmed with lines and lives that aren’t meant to last beyond that timeframe. And yet Ford, in his bid to spark a new narrative, imbues one of them – James Marsden’s Teddy – with a more elaborate backstory that helps him move beyond his generic responses to an inquisitive Dolores. Before, Teddy was a man bound by some mysterious but unwritten reckoning that prevented him from running away with Dolores. Ford shapes that into a backstory involving a co-sergeant named Wyatt who has gone rogue and who must be stopped at all costs. In doing so, Ford gives Teddy’s “reckoning” a lot more weight and ends up also sending Teddy astray.

Perhaps the episode’s biggest reveal is about the park’s co-creator, a man named Arnold, who sought to truly take the artificial beings well beyond the Turing Test by sparking in them, some form of consciousness. It also provides us some context and history into the park’s origins; how a then young Ford and Arnold worked together for well over 3 years before the park was opened up to the public (the robots clearing the Turing Test in a year), and how Arnold’s vision didn’t mesh well with both Ford and the park’s initial “committee”.

But in all the “truth” that Ford spits out about the park to Bernard, I can’t help but connect the dots to the real mystery that’s unraveling behind the scenes. About how the dynamic between Bernard and Ford is to be influenced and reshaped in the future and how this scene is pivotal to that eventual shape-shift. Given what Westworld has shown us, only someone naïve would buy Ford’s overtly simplistic narrative. Considering his propensity for crafting far more compelling, complex arcs for artificial hosts, you’d be forgiven for thinking there’s something incredibly more sinister and screwed up going on behind the scenes as you’ll be shown in future episodes (not to spoil anything but it’s really fun to look at this in a retrospective sense).

This segues in naturally to the conversations Bernard has with Dolores in private. Where initially, the relationship between the two seems dubious, it becomes clearer post the interactions with Ford that Bernard is still mourning over the loss of his son and connects to Dolores in an almost paternal sort of way. He guides her, shapes her choices and programming and satiates her unwavering curiosity by attempting to teach her moral lessons through Alice in Wonderland like a father would to a child. In essence then, Dolores fulfills the need for the kid Bernard lost early on. It’s heartening to see Bernard treat Dolores like a real child when the visitors and hosts in the park would consider her nothing more than eye-candy.

Which brings us to the other park resident that could have a shrivel of compassion for Dolores: William. As she goes through her tirade that involves her father being gunned down at sunset, she runs and collapses in the arms of William who, being the proverbial, literal white hat that he is, is bound to treat her like a human akin to what Bernard does off-site. This will be a particularly interesting scene to analyze later but the remnants of some form of conscious thoughts sparking in Dolores are there, as we see her having muddled memories about the Man in Black taking her in the sheds when Steven Ogg’s Rebus attempts a similar thing. The robots are remembering and their memories are not really pleasant.

Once again, the sprawling cast keeps some from taking center-stage and the Man in Black and Maeve kind of fall victim to that as their storylines are glossed over in service of the other principles. With Maeve in particular though, viewers are in for a treat given how pivotal she becomes to the central storyline in just the next few episodes. But overall, this was another fine episode from Westworld which at this point, had enough trappings to become one of the best original shows from the past few years, possibly even the decade.

The Batman Filming Something Big At Cardington Sheds?