The discrepancy between dreams, hallucinations and manufactured narratives. 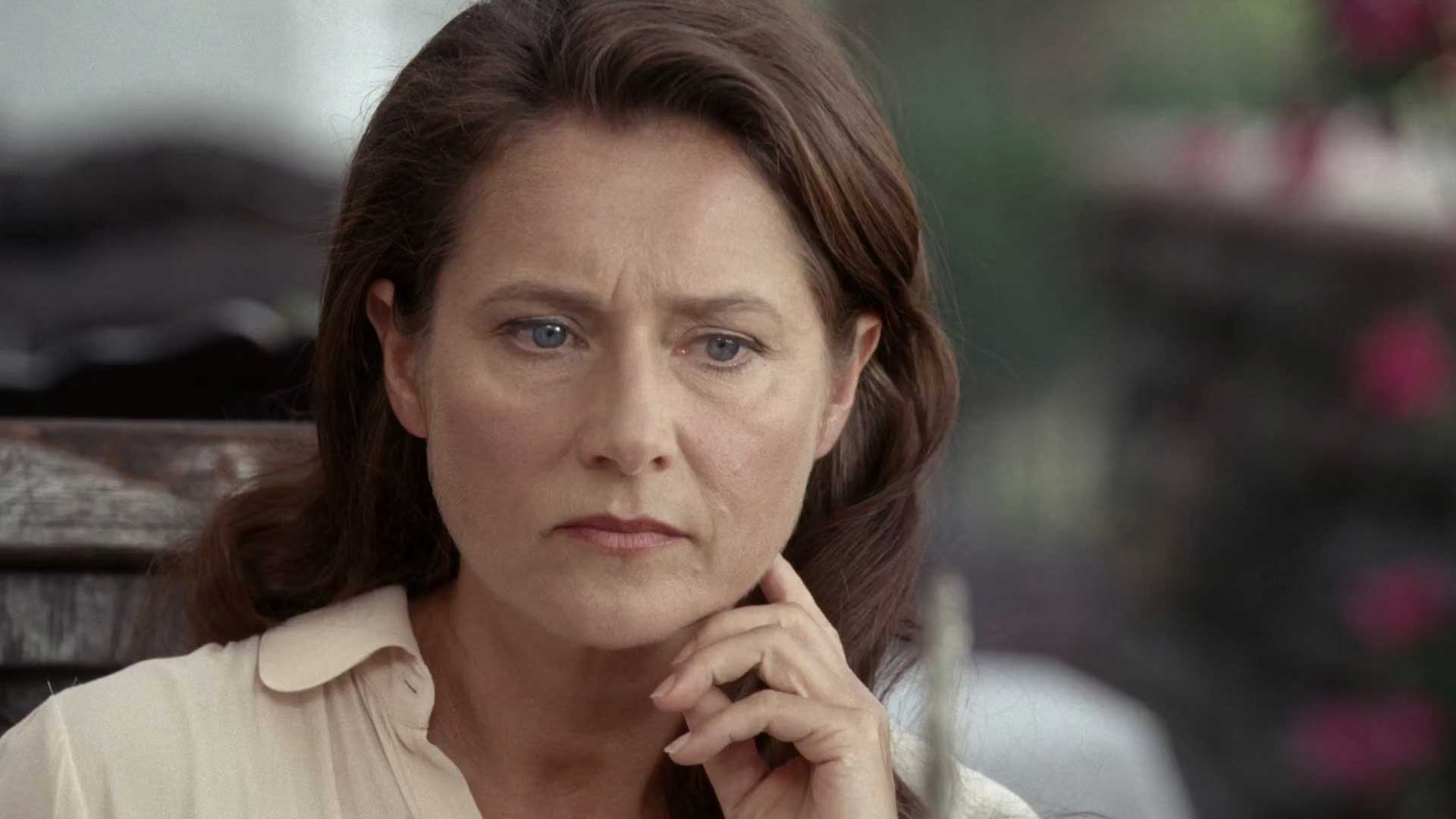 Things are showing signs of spiraling out of control. Undoubtedly, we’re yet far away from the point when all hell breaks loose but inch-by-inch, the protagonists of Westworld are beginning to realize that something is wrong with the world they live in. The artificial minds of both Dolores and Maeve are responding to the anomalies they’re seeing in their day-to-day programmed loops and are at least on the path to questioning the nature of their reality, and their existence. How poetic then for both these incidents of dissonance to bookend the episode’s hour.

Interrogated by Bernard, Dolores displays her first signs of humane behavior when she expresses an uneasiness for the world around her. She also refuses to let go of the “pain” that she suffers upon seeing her father murdered by Rebus and his goons, realizing its all she has left of them. Whether this is a genuine spark of consciousness and empathy or simply a more advanced, scripted form of programming kicking in will become clear in the upcoming few episodes. For now, this spark motivates Bernard enough to discuss the maze with her, an uber-secret narrative that Ford is planning. The interplay between Jeffrey Wright and Evan Rachel Wood is fascinating and their performances give an impression of them being at the top of their game.

Last episode concluded with Dolores running into William and Logan and her journey in the park continues with them as William decides to take on Dolores as a co-passenger. The schism between William’s and Logan’s characters is made clearer; William is the proverbial nice guy, so nice he refuses to even treat the fake robots any less courteously. In sharp contrast, Logan is the maniacal teenager you’ll find mowing down pedestrians left, right and center in Grand Theft Auto. He’s the guy who’s familiar with the game and, bored by the linear, straightforward path it offers, is looking for a more exciting, off-beat side-quest, an easter-egg if you will that will give him the ultimate high he’s been seeking. It also helps that Ben Barnes lets loose, playing him almost like an unhinged madman, with shades of Batman villains seeping in through the cracks.

Back in the real world, we see a different kind of schism between Ford and Theresa. Aghast at the stray’s malfunction from the previous episode, Theresa is understandably upset of such slipshod work slipping through QA’s hands unnoticed. Consequently, she wants the investigation to be transferred to QA. Bernard’s silence follows from their secret affair in that he’s unable to oppose the demand, partly also due to how valid it seems. But Ford would have none of it. He’s on his path to building a grand new narrative and isn’t going to have Theresa or anyone ruin it for him.

And so it’s time for a tête-à-tête, the kind of scenes that Anthony Hopkins obliterates on this show, and the ones I keep coming back for. His gentle threat to Theresa to stay out of his way and not obstruct his new narrative comes in steady dozes, first by revealing to her his knowledge about her inner secrets, followed by the reveal that the waiters serving them food and drinks are hosts and finally the veiled threat of unintended consequences should she interfere. Sidse Babett Knudsen’s restrained, yet fearful reaction is exactly the kind of response that makes the threat all the more effective; she’s at a high position herself but you can see the fear in her eyes and a certain realization that Ford is well past controlling. Not that she won’t try, but she knows the futility of it to some extent.

The other protagonist who’s experiencing an awakening of sorts is Maeve. She begins seeing her life as what it really is: a loop that plays out over and over. She recognizes the mysterious “alien” men in suits, who she draws, only to further realize she’s done that before too. Thandie Newton is simply captivating in these sequences, conveying the dread and confusion as she stares at the possibility that her life, like Dolores’, may not be as cookie-cutter as she felt it to be, down to the very last beat. This is solidified in the concluding sequences where she not only sees the heist coming but manages to excavate a bullet lodged in her abdomen from being shot in a previous loop. Without question, Maeve will have an important role to play in the events to follow, never mind she was delegated to the backseat in the pilot.

Perhaps the weakest of subplots during this hour packed with thrills and conversations was the Man in Black and Lawrence in their search of the next clue that leads them to the maze. Not that it wasn’t packed with action, but we don’t really return to HBO’s Westworld every week for action. He traced the clue to a nude, bathing woman named Armistice (Ingrid Bolsø Berdal) who offers to help her in exchange for rescuing Hector. The entire rescue is executed competently, and reeks of a player operating a game in cheat-mode, having mastered all the nuances and played through it dozens of times. That does take away some of the thrill since the Man in Black is never really in danger, given the guests don’t get harmed by the hosts. Then again, that kind of suffocates the Man in Black himself who adorns a weary, tired look of having played by the same rules over again.

There’s an interesting, twisted take on alien abduction that Westworld presents through the hosts’ point of view. The hosts have nightmares of figures in laboratory suits, who they regard as mythical beings capable of traveling across the “real world” and the world that lies beyond. They have visions of lying still and being dissected, operated upon and then waking up to resume their routine. This isn’t much different from alien abduction stories that some humans experienced and narrated, only to be dismissed as figments of their imagination. By putting the hosts in the position of those humans, showrunners Jonathan Nolan and Lisa Joy put a new spin on those theories that were often stamped as being fabrications.

Overall, this was yet another enjoyable episode of Westworld that took us a step forward toward the inevitable robocalypse. The seeds of awakening are being sowed and bearing fruit as the hosts are beginning to realize the dissonance in their ideas about what the world should be as opposed to what it is now.

The Batman Filming Something Big At Cardington Sheds?