Westworld peels off multiple layers to tease the trappings of its intricate narrative. 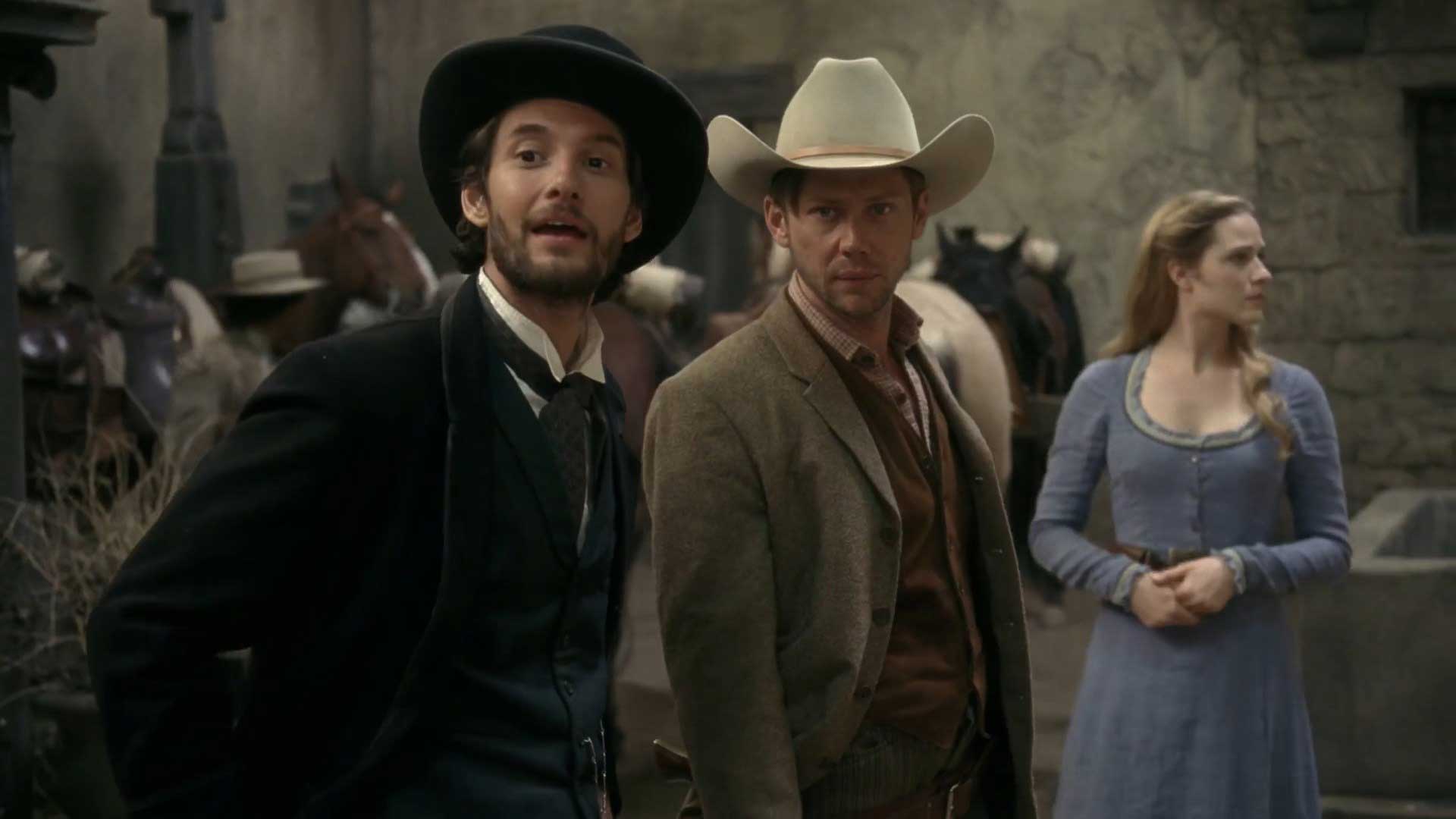 Westworld peeled off the layers behind its intricate, convoluted storyline, teasing us with tantalizing details and new reveals that shed light into the multitude of elements that could be shaping Jonathan Nolan’s complex narrative. We learn a lot more about the park, its distant outskirts and its co-creator Arnold and get our first clear hints of what obviously appears to be distinct timelines at play. And to cap it off, we get some stellar dialogue sequences featuring Anthony Hopkins bouncing off philosophy from several cast members.

As fascinating as their exploits are, it’s the morsels of information that we’re fed about the park and the world outside it that intrigue the most. We finally learn that William’s fiancée is none other than Logan’s sister, making them brothers-in-law. Professionally, William is the newly anointed Executive Vice President at Logan’s firm, having made his way to the top on the strength of sheer hard work. His good nature often earns him Logan’s ire and mockery who deep down realizes that he can keep William dancing to his tunes for the rest of his life. There’s a trace of bitterness that manifests itself when William leaves Logan to be beaten up by the hosts as he flees with Dolores in search of the man who double-crossed them.

That man in question was revealed a while back to be Lawrence; the same Lawrence who we saw chugging along with the Man in Black, helping him on his mysterious quest. It is here that the first seeds of something fishy going on with the narratives are spotted. If you’re an eagle-eyed fan, or if you read fan theories online immediately after viewing this episode, you would’ve deduced the editing sorcery at play. But if you’re new to the game, believe me when I say it: you do not want this mystery to be spoiled by online fan forums. The crux of it is that there are multiple timelines at play indeed, with William and Logan being in a separate one set in the past. Dolores is perhaps the only common factor among both periods and the introduction of Lawrence in the past immediately after his murder in the future is what sets the connective tissue that sparks the timeline connections. I suppose I’ll be revisiting this angle back when the twist is actually revealed.

Anthony Hopkins got three major scenes to spout his twisted motivations and neither the dialogue, nor the maestro’s performance skip a beat. The episode opens with Ford narrating a story about a grey hound who chased a cat all the way until it had a chance to tear it apart to pieces. But once it was done, the hound was clueless, having lost its sole purpose in life. This is truly a dark mirror for what the world outside Westworld has become. As mentioned in the series premiere, mankind has progressed to the point that even disease has been conquered and ridden, only death perhaps remaining to be won over as the final frontier. Humans in essence have lost their purpose in life and the park exists to remind them and help them revisit those memories where they feel the thrill, tension and a sense of purpose by virtue of staged bounty hunts and salon heists. Ford caters to humanity’s very core need and this in turn is the reason for the park’s success.

As successful as the park is now, it wasn’t the case once upon a time as Ben Barnes’ Logan reveals to William in their side-quest. Apparently, back in the day, the park was losing money, thanks to its creators indulging in their fantasies to create a complex world, which meant having hosts running and fully functional even in areas where guests barely visit. Logan also suggests his company is considering the possibility of a buyout; it certainly is interesting to consider the prospect and if such a deal ever went through. Again, these are exciting bits to chew on for those who are rewatching the episodes.

Hopkins next lands a scene with the star of the season herself: Evan Rachel Wood. As Dolores sits there, bare in front of a sinister Ford, there is palpable tension in their interactions. Ford tries hard to break through Dolores and reveal the hidden bits of her programming that his co-founder Arnold may have tampered with, but to no avail. The twinkle in his eyes when he explains to Dolores that they weren’t “at all” has that sliver of evil delivered with a brilliance. This sequence alone should’ve made Hopkins eligible for an Emmy nomination, if I’m not overstating it.

But even stepping beyond Hopkins’ performance, there’s a lot of backstory hinted at in the back-and-forth between these characters. It says a lot about Arnold’s involvement with the park, his efforts to run some kind of experiment with the hosts that nearly cost the creators the park, and his subsequent tryst with death which was declared an accident. But if even half of what we’ve heard about Arnold in these episodes is true, one knows more than to believe a man like this would be killed of an accident. His death was most certainly a murder of some kind, as we shall see.

Finally, Hopkins interacts with the Man in Black himself. The sheer energy that emanates from seeing Hopkins and Ed Harris perform in the same scene is electric, to say the least. In the show’s world, it’s two very powerful characters in their own way communicating securely, cryptically; both teetering on the brink of collapse, threatening to throw the park into disarray with their relentless pursuits of their own desires. There are a lot of parallels between the two and one of the fan theories posited that the Man in Black is in fact Arnold who never really died and who’s come back to fulfil the one last narrative, whose seeds he had planted eons ago. The sequence is also preceded by a haunting piano rendition of the same track that adorned the Godzilla: King of the Monsters trailers (it’s the easiest way I can think of to remind you of the track).

Lastly, there are two major developments that happen within the labs. The first is Elsie’s elaborately structured deceit which helps her land some investigation time with the “stray”. She figures out that someone has implanted special devices in the robots and is sending data across through satellites, suggesting some form of corporate espionage / sabotage at play. The second is the shocking ending with Maeve as she sits up, fully aware of her surroundings and calmly chats with a terrified Felix, a lab worker, about wanting to completely understand how things work here. Thandie Newton’s performance suggests she’s been largely awake this whole time, waiting to strike.

On the whole, Contrapasso was a terrific episode, not ignoring the parallels with Dante’s Inferno. It sheds first light on the complex web of mysteries at play, that will eventually be resolved to some degree in the upcoming episodes.

Ben Affleck Reveals Why He Walked Out Of The Batman