That is the sound of fools fiddling while the whole species starts to burn. 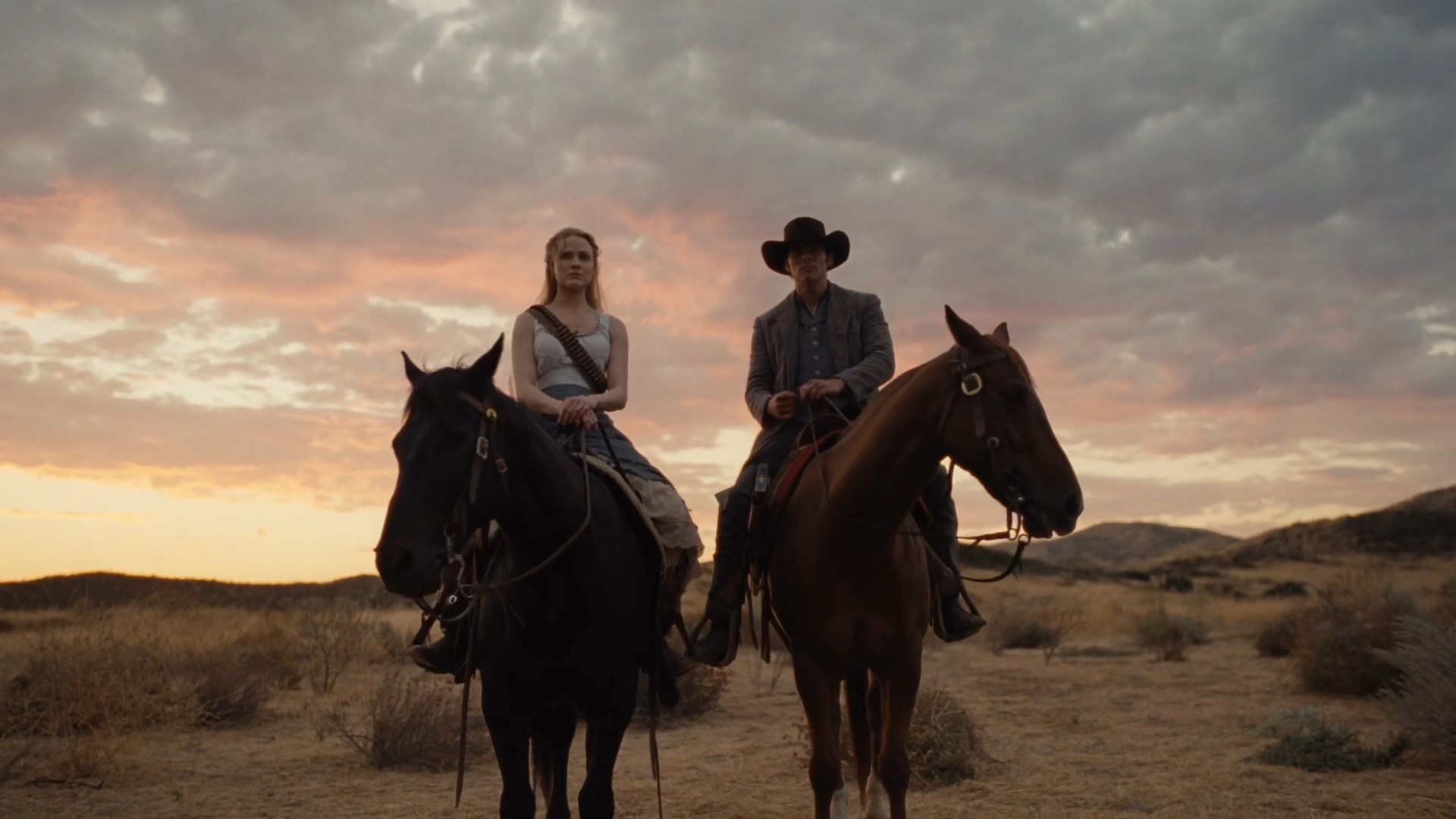 One of the key mysteries that has eluded viewers is how exactly did the park come to be. We got bits and pieces via dialogue between Ben Barnes’ Logan and Jimmy Simpson’s William back in Season 1 as fans were left to put two and two together. Season 2’s second episode Reunion reunites and revisits these two characters while also giving us significantly more of Westworld’s origins, including the early attempts at investment and William subsequently taking over.

A significant portion of the episode deals with this chain of events. Logan, revealed as Logan Delos, son of Jim Delos, is impressed after meeting an entire set of robots indistinguishable from humans. Much like someone holding an Apple iPhone circa 2005, he is unable to fathom the existence of this technology where real-looking NPCs go about their scripted business as if regular humans, oblivious to their constructed reality. Even then, knowing a guy like Logan, it takes the pleasure of sleeping with one of these “creatures” for him to finally seal the deal and realize the vast opportunity in this business endeavor.

The pitch at once explains how Delos came to be associated with the park to begin with. It also has some ties to Jeffrey Wright’s Arnold and Anthony Hopkins’ Ford who makes an appearance in his young, CGI, de-aged self for a brief moment (though I’m unsure if that’s really Hopkins himself or an impersonation). And in a huge surprise, Dolores appears, bearing witness to the cityscapes as we see her integrate and interact with the real world outside the park for the first time. She was the one to make the pitch to Logan initially but Arnold convinced Ford that she wasn’t ready yet, leading to Talulah Riley’s Angela being chosen.

Arnold has a protectiveness about Dolores that manifests into favoritism as Ford rightly points out. One wonders at some point whether Arnold was aware of the true nature of the meeting and what it would lead to and deliberately chose to keep Dolores out of it. Instead, he marvels at her sense of awe about the world around her and engages her, even inviting her to show his home at a point where his wife is with him and his son, Charlie, is still alive. Dolores still appears to have caught Logan sleeping with Angela and while this will undoubtedly vilify her opinion of humans, one wonders if she’ll have a heightened sense of compassion for Arnold or in the present world, his doppelganger Bernard. This could make Bernard even more important in brokering a potential peace between the humans and the robots, should it ever come to that.

We skip a bit to the events after Season 1 where William sends Logan riding naked on a horseback. Having realized his folly at falling in love with an artificial being, William comes out of the experience heartbroken but also wiser, harsher, colder and more brutal than ever. He successfully manages to convince his father-in-law Delos to buy the park and name him heir after making a great use case for how the park could be used: to harvest user data. The fact that this is where the guests reveal their true selves without any hesitation could be a great tool to use for marketing them targeted advertisements. And how is William so confident that guests will let loose? Well, he did so himself. The tenacity in Jimmy Simpson’s portrayal is impressive and a stark contrast from the nice guy that he was at the beginning of the Season. Coincidentally, both he and Ben Barnes’ Logan made their appearance in the second episode last time around as well.

Meanwhile, in the present day, both Dolores and old William are off to their missions of finding the “Glory” or the “Valley Beyond”. Dolores is increasingly governed by Wyatt as she doesn’t flinch when taking lives of guests or fellow hosts as it suits her mission. But her freedom and realization of what this place is isn’t necessarily shared by other hosts. Which is why it’s important for her to make a pit stop at one of the park’s many facilities just to show Teddy what’s really been going on with his life. When you put it that way, Teddy’s deaths have been simply for the amusement and entertainment of the guests, it really sparks a conscious rage that James Marsden channels for a moment as he shoves the technician to the glass window. He may still not have fully awakened as Dolores has but he’s most certainly getting there.

Old William at his end continues the game he’s been handed over by Ford. Not only does he meet up with Lawrence and rescues him in his first western standoff with real danger, he also meets his former alter-ego from his William days, the surprise appearance of Giancarlo Esposito. Together, his scenes with Ed Harris are dynamite, as his is monologue about circus elephants, before the dead Ford takes over via his programming. It was a great bit that lends further credence to the challenge posed to the Man in Black by Ford who repeatedly implores him to follow through.

Both Dolores and William look like their paths would intersect; they’re apparently after some secret weapon that William regrets showing to Dolores in the past and calls it his greatest mistake. Dolores, having cognizance of her memories, remembers this one and plans on using it to burn this place down. What is it exactly, we don’t know. Could it have something to do with the DNA harvesting project that was glimpsed at in the first episode? It’s uncertain at this point but it looks like this will be one of the running McGuffins for the next few episode until the writers pull the rug from under our feet.

And pull the rug they will. The transitions between the timelines seems too clear to be true. It’s hard to believe there’s no misleading involved at this stage, particularly with the flashing / blinking transitions that take you from one timeline to the next, especially with Dolores. One of the things we saw about the hosts is that they’re able to perceive things and events with a strange sense of realism, lending a lot more truthfulness and prescience to their memories. It does feel like the showrunners are using that here to full effect, although it’ll only be clearer as I approach the next few episodes.

One of the episode’s shortest, yet strongest sequences comes when Maeve and Dolores cross paths. In what looks like their first encounter through the show, both strongheaded women, now freed from the constraints of their programming, interact. Maeve questions the very nature of the freedom that Dolores struts if her accomplices aren’t allowed to use it for their gain, and uses it to pass ahead without any obstruction. Dolores goads her into joining her quest for revenge against the humans but Maeve, having already been a part of a similar narrative in the past passes and dishes out a great one-liner about how revenge too is one of the constructs of a futile programmed narrative.

On the whole then, this was an entertaining episode that was devoid of some of the big action and movement that the later episodes are privy to, but was a great introspective look at the history of Westworld’s origins, early investments and William’s transition into the Man in Black. All in all, some spectacular writing by Carly Wray and Jonathan Nolan directed with gusto by Vincenzio Natali.