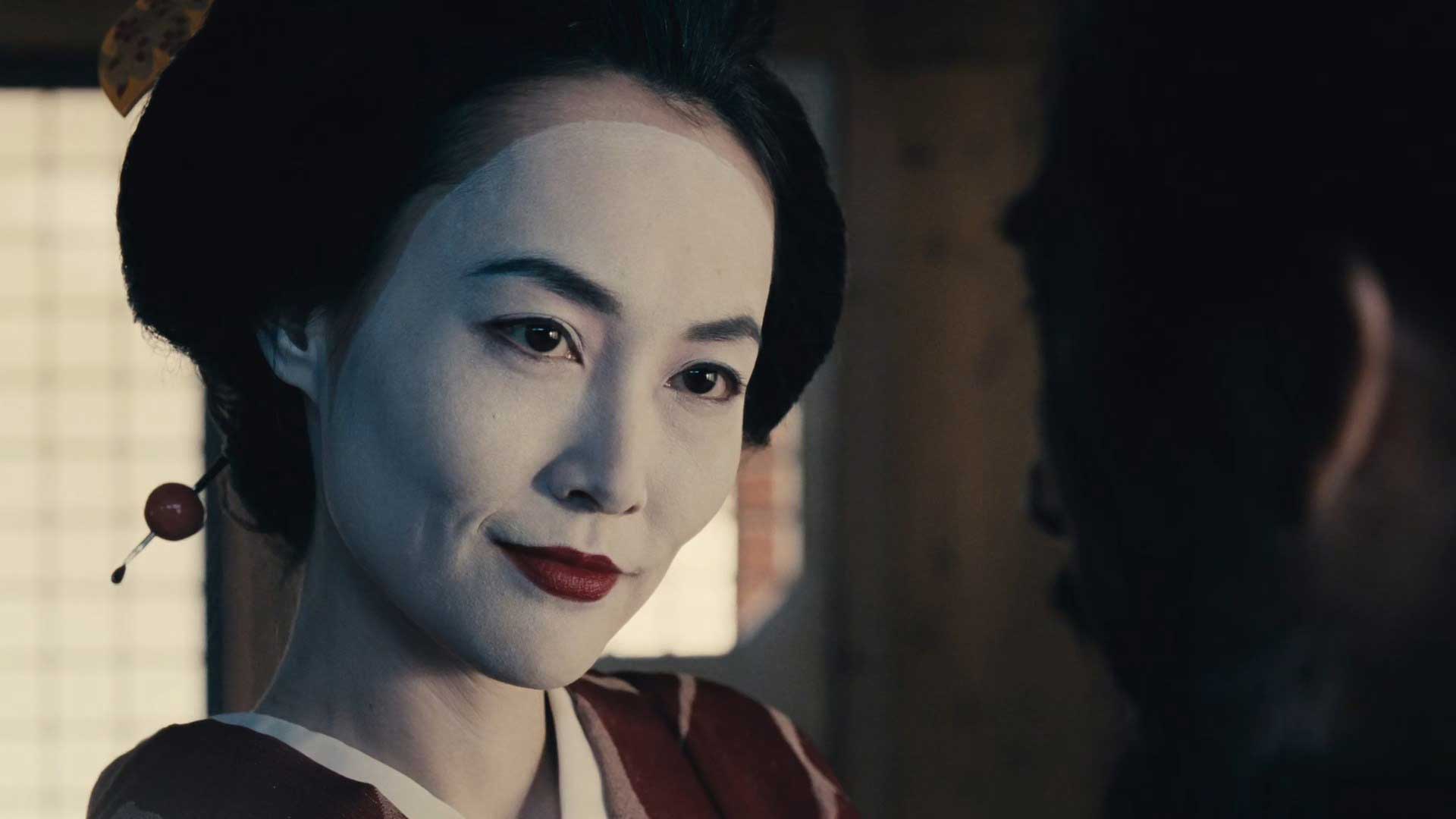 We’ve been teased enough. Whether it was that Season 1 finale stinger or the brief bits and pieces we got out of Season 2’s marketing, the existence of multiple parks in general and a Samurai-based one in particular has long been anticipated by fans. The wait ends as Akane No Mai dedicates an entire episode to fleshing out a completely different side of life in one of Delos’ theme parks. Welcome to Shogun World.

We carry off from the cliffhanger ending of Episode 3 where a samurai charges towards Maeve. She alongside Lee, Hector and Armistice soon find themselves prisoners of the Japanese band of warriors and introduced to a side of Westworld they didn’t know existed. Well, everyone except Lee Sizemore that is. He continues to be the head of narrative and in a rather amusing twist, we realize he’s plagiarized his own self by using the same storylines in Shogun World that we saw in the Westworld park in Season 1.

There’s a great meta-commentary in Lee duplicating his own storylines across a different park. The in-episode reason involves time and budget constraints but isn’t that the reality across the industry? About writers lifting plot points in the name of inspiration either because they were too lazy or didn’t have the time or were so fascinated by their own creations that they can’t create original material past that? Writer Carly Wray weaves this dilemma smartly inside the episode’s narrative without drawing too much attention on it but it does get you talking. And the level of plagiarizing is intense, from the broader details such as how the casino heist plays out down to Armistice’s tattoo.

So it follows that just as Maeve is the madame of Westworld, there should be one for Shogun World. Enter Rinko Kikuchi as Akane who makes an undisputedly strong impression and is every bit as worthy of representing Maeve in this field of samurais. A geisha, the Japanese equivalent of the madame, she’s fierce, determined, warrior-like and yet, possesses a vulnerability as if a part of her realizes she’s trapped in this artificial reality. Like Maeve, she’s driven by her love for her daughter-like figure Sakura who is soon abducted by the local shogun’s men after her refusal to entertain them.

The world is beautifully realized, with production design on an impressive scale that evokes Japanese ninja and samurai culture. It’s mind-boggling for the showrunners to have gone to this length to construct what will most likely be seen for an episode or two at the most. We also get a treat in the form of samurais fighting ninjas with a compelling human drama that takes its cues from Akira Kurosawa’s yesteryear classics. The fight sequences are eloquently and gracefully choreographed while yet being downright gory, a side-effect of the park’s theme which is for customers who seek a bit more of the gore, violence and thrills that Westworld mutes.

The episode is really all about the fascinating interplay between Thandie Newton’s and Rinko Kikuchi’s cultural slices of the same character and how it shapes their perception of both each other and of themselves. Looking at Akane’s dependency on the world and her subconscious choice to continue to stay there and refuse to awaken provides her a doorway of sorts into her own psyche. Freedom, more than being free, is about having the ability to choose your decisions. For some, that means sidelining the traditional freedom for being entrapped in a cage that provides them comfort in their own thoughts, feelings and events. Akane is more than content being in a life that keeps her close to Sakura, as opposed to living in a free world where neither her daughter nor her relationship could exist.

But her plans are foiled in a masterfully constructed climactic sequence to which the episode builds off fabulously. It involves murder and backstabbing that’s unexpected and jolting and evokes strong emotions, cementing Rinko Kikucho’s Akane as one of the show’s true new standouts. It also cuts back and forth magnificently between Maeve and Akane to contrast their thought processes and further drive home the point that their paths to freedom are quite different. That still doesn’t reduce Maeve’s respect for Akane and what she does to the Shogun and helps end the episode on a high note.

As if to provide an antithetical point of view to Maeve’s learnings, the episode does include a small subplot of Dolores that’s really stretched to the entire episode, simply so it could mirror Maeve’s realization. Dolores and Teddy go a long way back and Teddy’s been programmed with a narrative that makes him believe he’ll one day elope with Dolores to the faraway lands and the two will make out together. As if to attempt to break him out of this loop, Dolores gives in to the narrative and the two have passionate, real sex. This is quite a departure for even Dolores who until now only dreamed of making out with Teddy but ended up being the victim of guest abuse as her narrative came to a melancholic end.

But something’s still off. It’s still not enough to break Teddy from his programmatic chains. This was also evident in an earlier scene where Dolores tests Teddy by virtue of an incident (hypothetical?) wherein she seeks his opinion on tackling sick cattle. Teddy’s compassionate approach further alienates Dolores who decides to take matters into her hands and change Teddy’s programming to make him lose his virtuousness. It’s a stark departure for James Marsden’s arc and I imagine it should lead to him doing things with Teddy the likes of which we would’ve never imagined.

On the whole, Akane No Mai is a fabulous trip down Japanese Samurai world and culture, with the bulk of the episode taking place in the Japanese language. The technical aspects are truly commendable from the costumes and makeup to the elaborate sets that evoke the cultural auras we’ve come to associate with that era. And yet, it has a striking humanity about it that’s really what elevates it to a great episode. Rinko Kikuchi’s Akane is a standout, a breakthrough character that I fear we won’t be seeing become a series regular. But we can only wish.