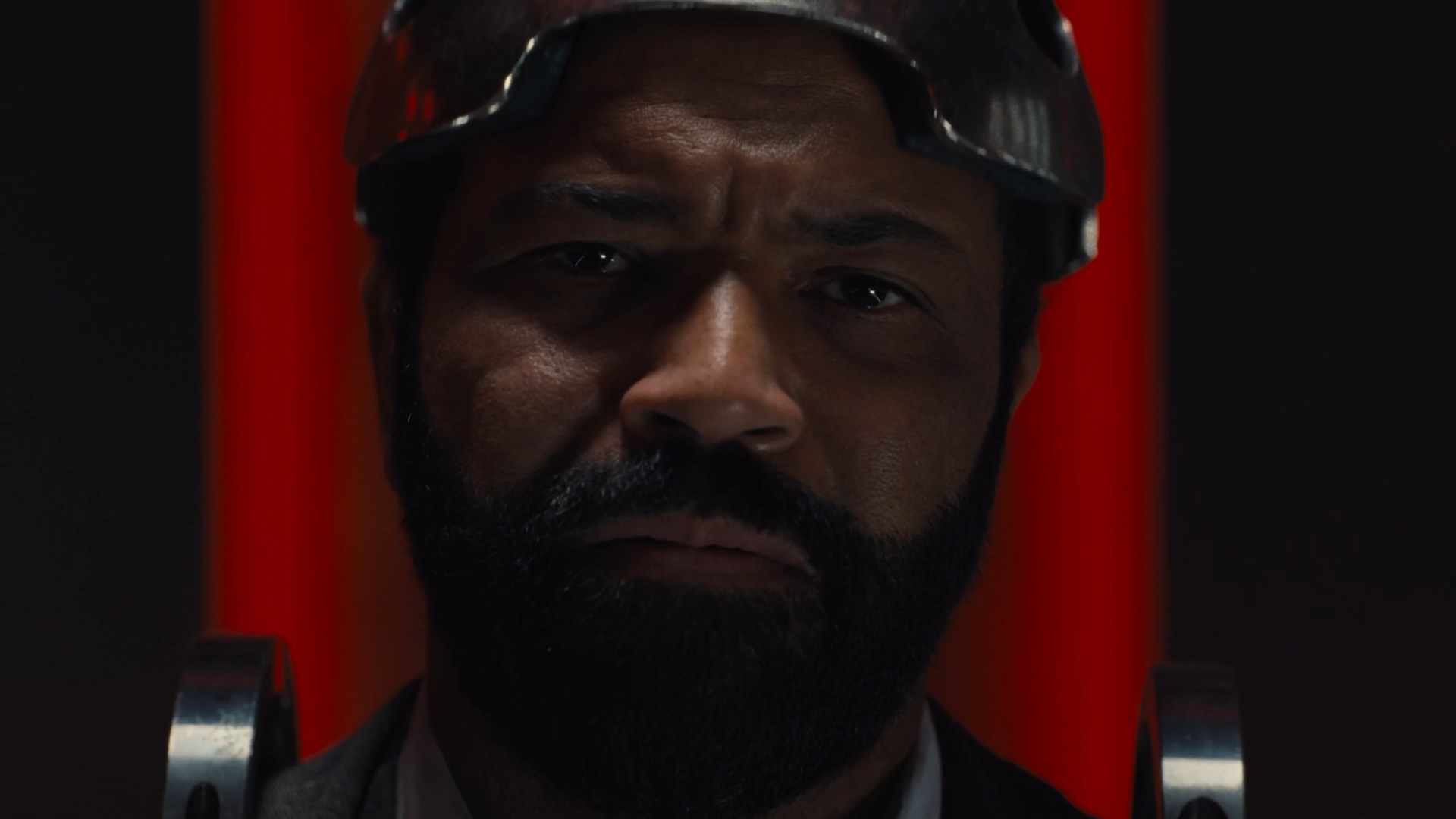 If an episode ends with a legendary Anthony Hopkins character making a return, that’s bound to be the talking point of every review. That’s what happened with Phase Space as Ford made a comeback in his subdued, eccentric style, greeting good old friend Bernard inside the labyrinth of his expansive memories. In retrospect, this may have been a bad idea since it’s hard to stop and right a review and resist the urge to jump back in to the next episode but it’s a terrific end to what otherwise felt like a step down from other great Westworld episodes.

In terms of grand narrative, little is added to the overarching storyline but there are some intriguing bits that might give the endgame away. The opening conversation is definitely one of such scenes. We see Dolores and what looks like Arnold having their usual conversations (shot in the 2.35:1 aspect ratio). But while we initially thought these were set in the past, Dolores calling out on a “fidelity” test and freezing Bernard suggests we might be looking at the future here. A future where Dolores’ gameplan could be resurrecting Arnold himself, a ploy orchestrated by none other than Ford through her.

This does help put some of her journey into perspective. The valley / glory she’s headed to could be the Cradle, or CR4-DL, the simulation room housing troves of data and the hosts’ storylines. Somewhere, somehow, Arnold stashed away his consciousness (or perhaps Ford extracted it from a deceased Arnold) and is trying to revive his old friend back. But to do that would mean having the hosts achieve sentience first so they could evolve. Then, a human-host hybrid would be infinitely more powerful and capable of accepting the complex programming of the human mind. This could’ve been Ford’s game plan all along, deliberately igniting consciousness in the hosts so they could accept the human mind.

But theorizing will not get us anywhere so let’s dissect what really happened. Shogun World got a touching send-off as Maeve and Akane debated about the merits of choosing a happy life over a free one. Eventually, Akane chooses to stay back to her mainland with Hiroyuki Sanada’s Musashi, choosing her choice even if that means death staring her in the face. She may not have attained a full sense of self but her off-script encounter with Maeve definitely sparked something within her and helped Maeve grow as a character as well. The sequences were deftly handled and Rinko Kikuchi’s portrayal of Akane should go down in the show’s books as a memorable one.

Of course we do get a departing fight in the vein of Japanese Samurai movies when Musashi and Tanaka choose to square-off one last time, man-to-man, to settle their fates once and for all. Despite the predictable outcome, the combat was choreographed well and it was enjoyable seeing the two slash their katana blades even though in the vein of Shogun World, the fight gets way too gory as it nears its end.

Maeve got the bulk of her storyline as she was finally also reunited with her daughter whose visions had haunted her since Season 1. It’s an incredibly touching moment, in no small part due to Ramin Djawadi’s hauntingly beautiful score that spells an impending tragedy for the mother-daughter duo. It’s no surprise that she doesn’t remember Maeve and has a new mother “assigned” to her but the moment of realization for Maeve about meeting her daughter itself is so touching that it moves even the usually dorky Lee Sizemore to tears. Hell this episode for the first time made him a somewhat likable character and that’s saying something about the writing at this point.

At the other end, just when we thought the Man in Black would reconcile his differences with his daughter (after doubting her to be a host created by Ford nonetheless), he runs off with all the horses. But in that moment between the two, there’s a sense of genuine, heartfelt regret that Ed Harris brings about so effortlessly. It’s telling that he mixes up his wife and daughter’s fear of elephants which is another subtle way of saying how much he was not there for them when they needed him the most. The episode also adds some more context to his wife’s death when Emily states how her mother blamed him in her suicide note (although it’s very likely he truly was responsible for her demise).

Lastly, James Marsden’s Teddy is a hardened man now. With Dolores having upgraded his programming but not reset is memory, it seems Teddy is bound to her with an inner conflict gripping him at every stage. He’s brutal, strong but there’s an inner innocent Teddy clamoring to claw his way out; I’d reckon that’s the only part of him that’s keeping from snapping at Dolores outright. But Dolores is firm and steadfast in her approach and as Wyatt, she will stop at no end to get to the cradle and accomplish what’s on her mind which, if my theorizing proves to be correct, is going to be one hell of a reveal.

So while not many of the chess pieces moved in the grand scheme of things, the episode had some interesting stuff to offer at a micro level. Most of the ensemble got a meaty scene or two here and there to play their acting chops off. But truly, Hopkins making a grand appearance (and I’m still wondering if he’s going to reprise his role or this is just some elaborate trick) raises interest exponentially making it infinitely more difficult and tempting to not jump to the next one right away.