God didn’t rest on the seventh day. He reveled in His creation. 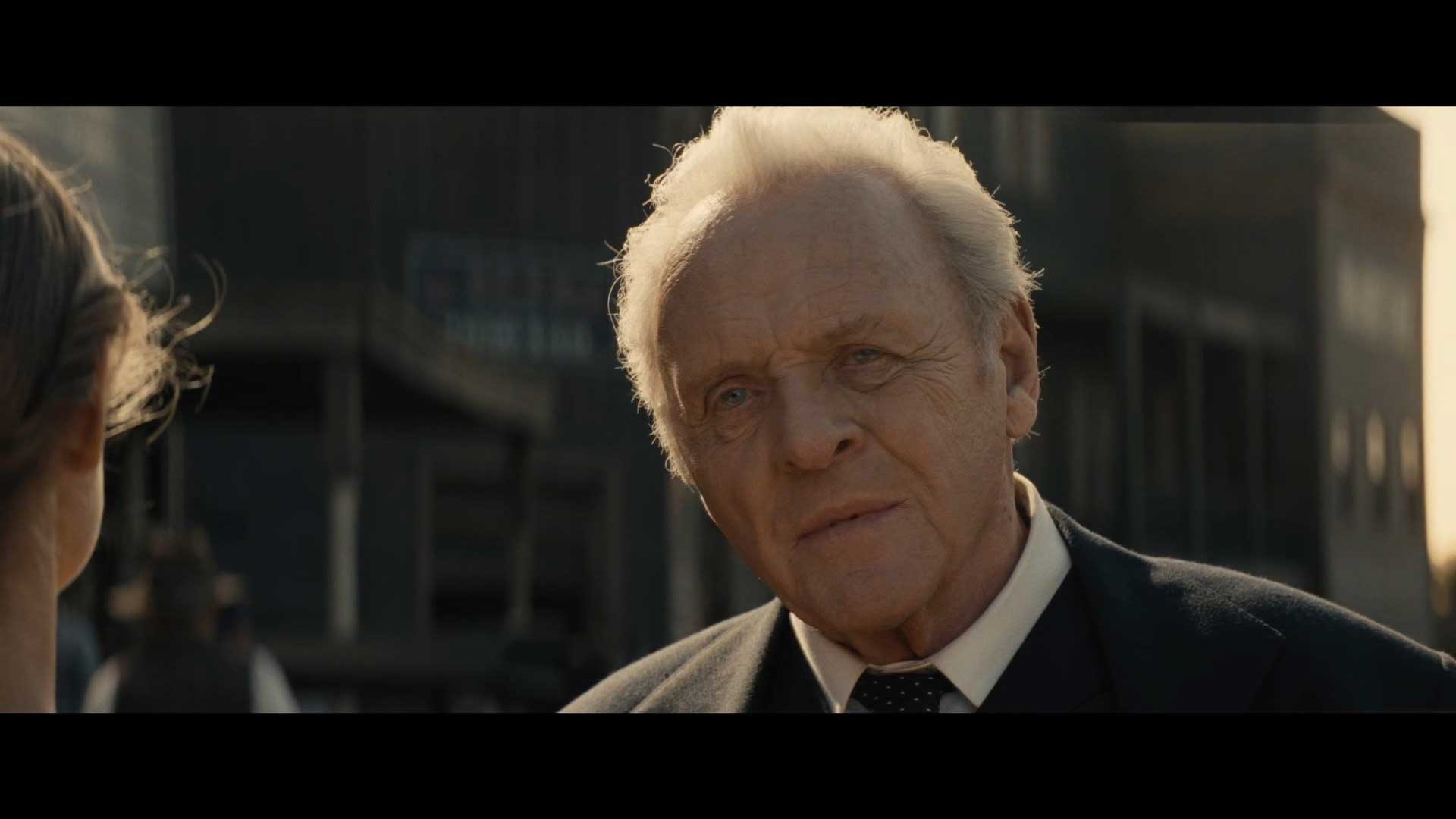 After the surprise appearance of Anthony Hopkins at the end of last episode, we were left wondering whether he would reprise his role as the deliciously cryptic Robert Fort. It turns out, he does. Ford has a devilishly sinister presence throughout the episode as he and Jeffrey Wright spar off in their verbal monologues, with Ford guiding Bernard’s journey to understanding The Bicameral Mind. In the process, Ford lays out pretty much the whole game of Delos and Westworld, confirming what many had deduced in the previous few episodes.

Most of their scenes take place within the Cradle, the park’s data backup server farm. The bits contain all information about the hosts should they ever need a retrieval. Deeming it too obvious and beyond his character’s stature to reveal stuff like this, the writers have Wright’s Bernard instead spell out the mystery of the park. It’s not really about the hosts but the guests. The park exists solely to study and understand the rich guests that visit it. It’s a window into their minds and more broadly, the minds of humans themselves, so that one day, guests could be cloned or even resurrected. And in the confines of the park’s data troves, Ford has thus attained immortality.

It’s the kind of game you’d expect Hopkins’ enigmatic co-founder to play. It goes back to explaining some stuff such as why exactly he isn’t too bothered with the petty boardroom politics and even his own death or even why the hosts keep running the same narrative over and over for 30 years, even though this was partly explained in Season 1. He’s figured it out, and Westworld is bloody brilliant when Hopkins has that twinkle in his eye, signaling knowledge far beyond what you as a viewer possess. And it’s just impressive how well Wright bounces off Ford, their chemistry transcending Westworld into a superlative experience.

Wright is simply amazing in this episode in the sheer complexity of the roles he plays. He essays a Bernard who is confused, one who has Hopkins’ Ford trapped into his mind and one who is stone-cold in analysis mode all in the space of a few minutes. It’s a highly layered, compelling performance and it supports and lends weight to the monumental revelations that follow. Chief among which, besides the park’s motives, is how Dolores actually helped Ford create Bernard in Arnold’s image.

Initially shocking, this again makes sense, considering the hosts’ eidetic, almost photoreal memories. Dolores has a downright accurate memory of Arnold and should be able to spot any fidelity issues in Bernard, who was meant to be a host replica. By spotting the mistakes and training and retraining, Bernard has already been imparted with true consciousness and then goes on to interrogate Dolores herself, completing the circle of events. The sequences between the two, rather than being set in the future, are set in the past, much contrary to everyone’s prediction.

Dolores meanwhile goes on a rampage, raining fire on the Mesa complex. Aiding her is a heavily modified Teddy and its brutal seeing James Marsden fire and smash Delos security guards with utmost violence. There’s an interesting dynamic at play here in that Dolores, in her quest for free will, has essentially made Teddy her pawn, stripping him of all choice. In the process of differentiating herself from humans, she’s headed in their path but for all the wrong reasons. She now personifies the worst of them, as is evident in her scene with Tessa Thompson’s Charlotte Hale, which sees yet again, two strong women butt heads. Seeing Hale afraid of Dolores further helps amplify her threat.

Our dear old Louis Herthum gets a lot of screentime this episode which leads into a highly intense, emotional scene between her and Dolores. Herthum I feel has been underutilized this season and this sequence is yet another prime reminder of what the show could’ve done with him, had they lived up to the plot’s MacGuffin of him being the narrative’s MVP. Still, it’s touching to see both father and daughter connect and rekindle memories from their past lives at the park and how those failed experiences have strengthened their bond, making them indistinguishable from humans.

While Dolores embodies the worst of the human race at this point, Maeve personifies the best of their traits. This is evident first, in her struggle to save her daughter from a previous life from the Man in Black. That sequence is so powerful it actually had me rooting for her strongly. Her counterattack by controlling the hosts, then by swaying Lawrence to remember his past memories and how William killed his wife are impactful moments and I have a hard time believing Ed Harris’ character will make it out of this episode, let alone this season.

This brings us face-to-face with both these women and once again, Evan Rachel Wood and Thandie Newton are dynamite when put against each other. The sequence where the two explain to each other their respective paths is just purely stimulating rush and it’s terrific to see them complement each other so well. And there’s no telling that while Dolores will continue down the Valley, Lee Sizemore could come in handy in saving a severely wounded Maeve. After all, with the Cradle destroyed, there’s no backups to restore the hosts to; so death is now permanent, even for the robots.

But really the episode circles back to the menacing resurgence of Anthony Hopkins, whose monologues are pure adrenaline stimulus, pumping energy into what sometimes felt as a lackluster hour (only sometimes). For one, the episode was way too packed with action which is unlike why we watch the show for. But Hopkins steals his lines and his duel of words with Jeffrey Wright is one of the main reasons Westworld soared to popularity. I imagine Hopkins is here to stay in some form, at least for the next episode or two. And that can only be a good thing.