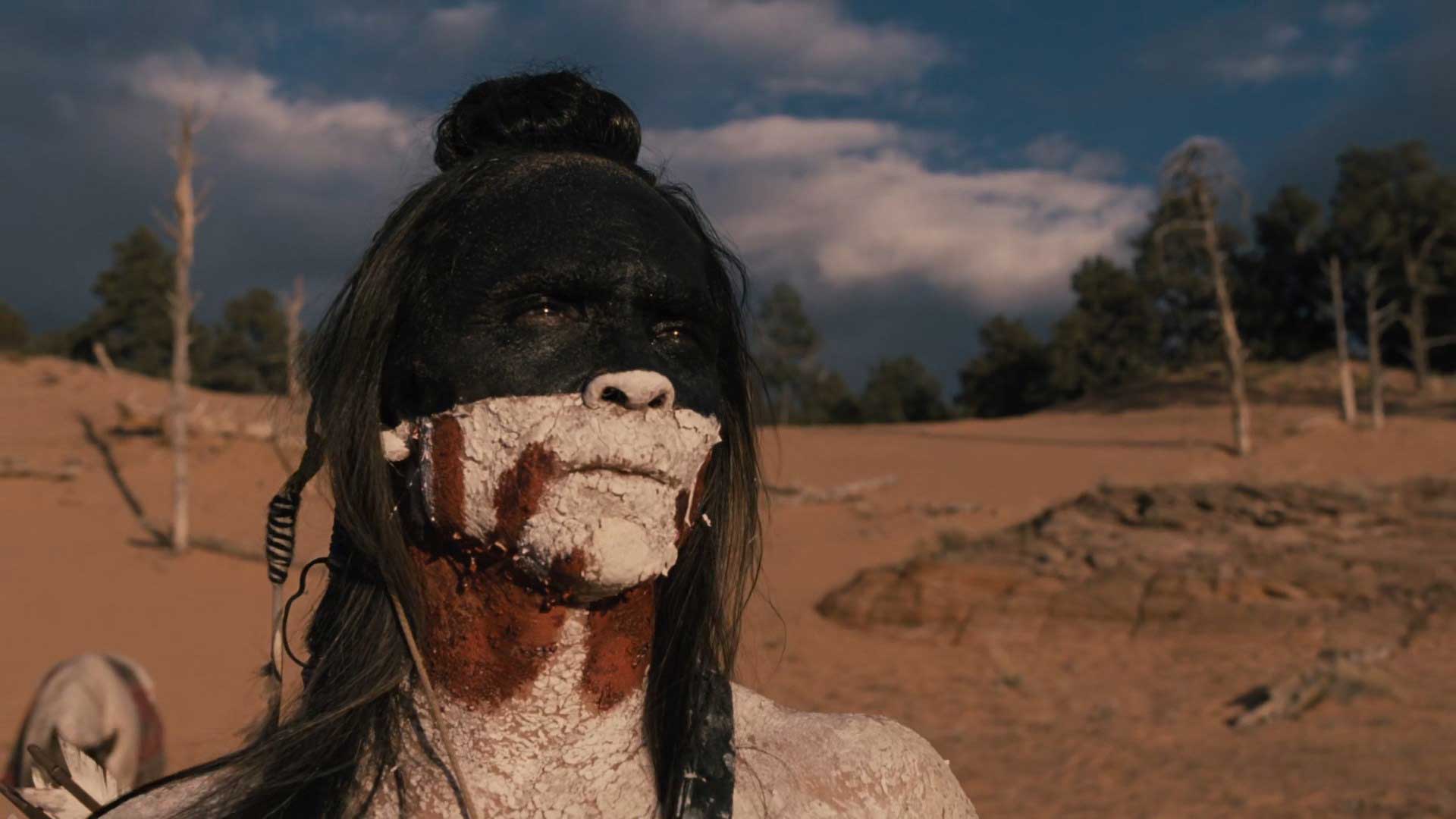 I’m not a big fan of filler episodes. They break the narrative momentum and often tell stories that at times could be entirely done away with. The Walking Dead is notorious for using filler episodes to bide away time and it’s certainly not the only show guilty of pursuing that technique. Depending upon where and how frequently they are placed, these episodes take you on a completely branching path than the central storyline just when things were peaking up.

Fortunately, while Kiksuya is in spirit, exactly a filler episode as described above, it offers a lot more for viewing than these episodes generally do. For all their pitfalls, these episodes have the potential to stray away from the standard rules and templates set by the show and offer a completely unique style of writing / direction. In that sense, Kiksuya goes bonkers and almost plays out in a poetic fashion, taking its liberty in artfulness to extreme heights that make it worthy of being a Westworld filler episode.

The entire hour is about one of the show’s most neglected characters / storylines: the Ghost Nation tribe. Confined to the backseat, these Red Indian natives are delegated to serving as barbaric, mindless antagonists to provide the guests a thrill-ride. Essentially serving as the harder difficulty level savages, the tribe poses a formidable challenge to those looking for a more risqué adventure and who dare to venture and lurk into the park’s outskirts. It’s almost meta in a sense that their treatment on the show reflects their on-screen image in the park. Which makes the prospect of having an entire episode dedicated to these folks and told in their native language all the more ambitious.

The focus is on Zahn McClarnon’s Akecheta who we learn, was a different man (or host) back in the day. He was imbued with a peaceful native life and a loving wife, memories of which stick with him as fragments. But one chance encounter with the maze symbol leads him to question the nature of his reality and he’s since been on a path of finding the bigger picture and the truth about the world he lives in. In the process, he not only discovers his own identity but also forms a rebel faction of sorts, waking up other Ghost Nation members to the truth.

Akecheta is expertly woven through the park’s major incidents, which explains the presence of all those names in the credits. He discovers the maze when Dolores’ first Wyatt narrative goes live resulting in her massacre of the park’s hosts and Arnold. He also crossover with the Man in Black and Maeve’s skirmish where his true intention was to help Maeve’s daughter learn the truth about the world. And finally, in a surprise appearance, he ends up interacting with Ford himself at a point when he was putting the finishing touches on his Journey Into Night narrative that kicks off with his own murder at the hands of Dolores.

But all through, just like Maeve or Akane or Dolores, his character is anchored in his very first memories of his loving wife. Now awakened, Ake realizes what had become of him and what happens to those who fail to please the masters as they see fit; they are replaced and the originals confined to the dungeons. It’s a common pattern with the hosts that the memories they start off with are the ones that grow stronger with at least one figure serving as their core anchor, whether it’s Dolores with Peter Abernathy, Maeve with her daughter, Bernard with Charlie, Akane with Sakura or in this case, Akecheta with Kohana.

The key to Akecheta’s consciousness sparking, besides the maze symbol, is also a chance encounter with Logan, which also answers Season 1’s lingering mystery to some extent about what exactly happened to Logan after William sent him off naked riding on horseback. In his insanity, Logan inadvertently answers Ake’s doubts and ignites his curiosity by telling him this is the wrong world. That becomes a key turning point for Ake who from hereon seeks to escape this world and enter the one that’s meant for him all along, to the point of obsession.

Most of the episode is narrated by Akecheta to Maeve’s daughter trying to make her understand where exactly he comes from, though that too has a twist. Even though it’s entirely in Lakota, a native language, the writers still manage to make Ake wax poetic and philosophical in true Westworld style about the meaning of life, death and feeling alive. His and Kohana’ story is even touching when she later refuses to recognize him on account of her memory wipes and then again when the duo rekindle their ages long romance.

In terms of performances, Zahn McClarnon carries the episode almost single-handedly, his Ake being the focal point through which the story is told. Until now, this is the only episode where he gets numerous moments to shine and Zahn makes the most of it, delivering a compelling portrayal in an unfamiliar language while the writers succeed in maintaining audience interest. My major gripes stem from the episode’s inclusion as being a solo one when, with some trimming, a lot of the stuff could’ve been sprinkled and spread over other episodes. Devoting an entire episode to understanding the Ghost Nation hosts go through the same mechanics as their peers have gone through in Season 1 can sometimes feel a bit repetitive.

Regardless, that’s a quibble that doesn’t take away from what is undeniably, a great and strong if not outright excellent episode. And now that we’ve covered all characters, it’s time for Westworld to stun and surprise by shift gears in the final two climactic episodes.