This Thing in Me. 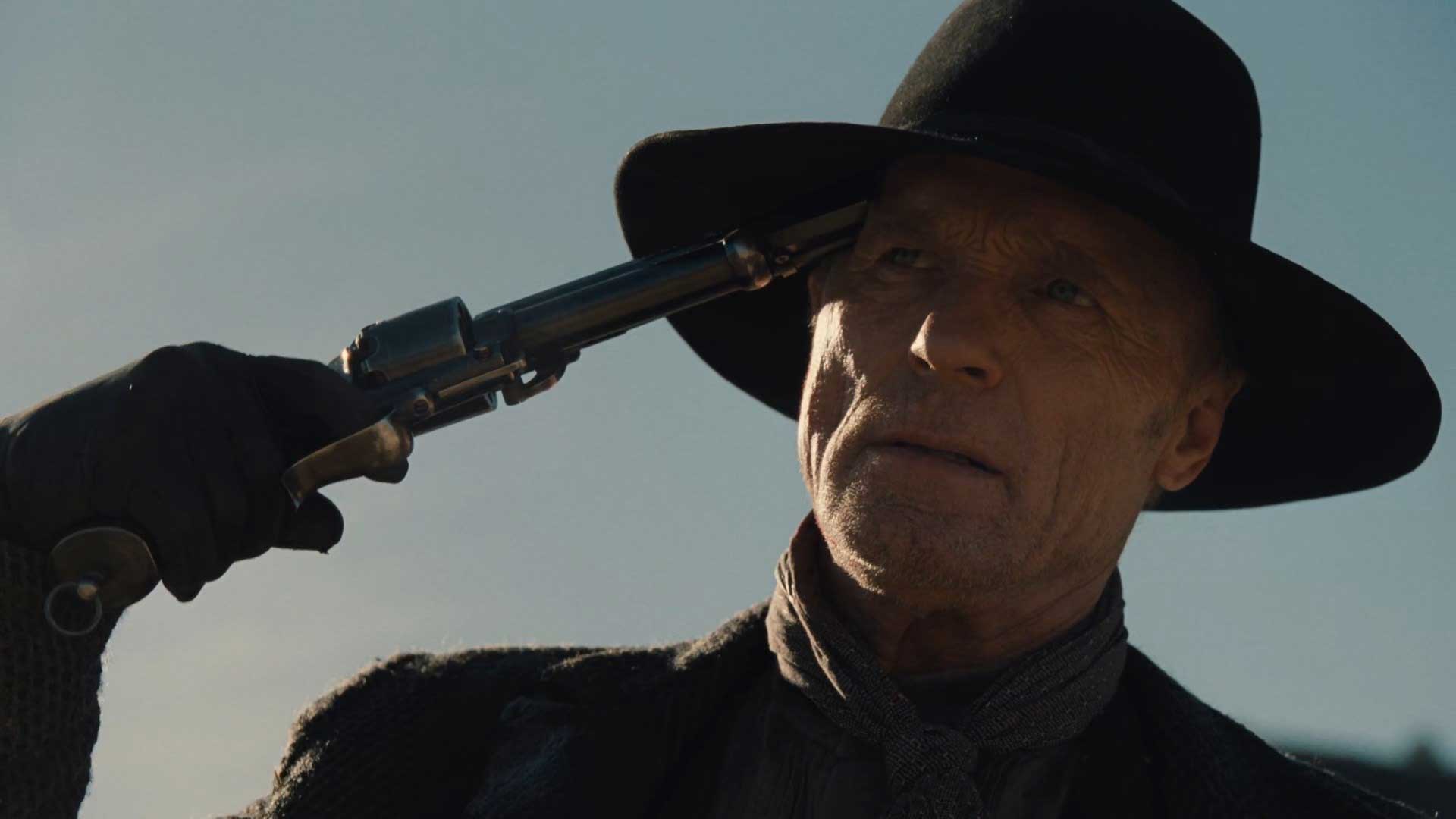 We’re now back to the core storyline and it’s just down to the final two episodes. And yet, in the penultimate one, Westworld shows it has a lot more layers to it still left to be revealed. Among the multitude of plot threads that it cycles through, the episode dishes out heavy emphasis to understanding the psyche of the Man in Black a.k.a. William. That’s not necessarily to do with what drove him to the edge, no. But rather what kind of a man he truly is and what has he really become.

Cryptic as usual, the episode begins by having William recite quotes that seem unclear at the beginning. We’re led to witness a pivotal moment in his life, a memory of his wife from the day before she slashed her wrists and died in the bathtub. Both William and Emily circle back to his moment, the daughter desperate to understand what could’ve possibly led her mother to take her own life. The father knows; her mother subconsciously knew what kind of a man William was but his candid confession to her the night before as well as handing her over some secretive footage really seals the deal for her.

The emotional square-off between father and daughter is both tragic and fascinating to behold. Despite recognizing her father for the scum that he is, Emily dotes on him and sees some home of a rebound, refusing to give him up completely. And this after William backstabbed her and left her out in the wild after looking her in the eye and lying to her upfront. The sequences dance around the idea of whether William can possibly be redeemed, which is really what his entire arc had been leading up to.

And then something maniacally depressing happens. When Delos security arrives and threatens to put William down, he proclaims confidently that they are hosts designed by Ford who will yet again speak to him through the deceased man. Hell, he even assures himself that Emily is a host manufactured by Ford and it’s all just a game to mess around with his mind and throw him off his quest. And so, without flinching, he first shoots down the guards and then Emily. But the real horror of his actions grips him and us when he sees something in Emily’s hand that he knows Ford couldn’t have, because he handed it over to William in a flashback: a recording of all the stuff he does in the park as part of Delos’ spying activities.

The first ingenious reveal with the card of course is how Delos spies on its guests. While that’s been made abundantly clear in the previous episodes, the use of the cowboy hat as a cognition scanner to map out the guests’ brain activity is a sheer genius reveal that casts new light on a lot of sequences in Season 1 (true, there are loopholes such as women or guests who refuse a hat or lose it). But the horrific aspect when William realizes, or still debates, that he’s shot his real daughter mixing her up with Ford’s game is when it all begins to sink in: the game and the park are driving William crazy.

His crazed obsession with the park is the result of spending a month of his life ever year in the park. It’s here that William finds himself, realizes who he is and gradually becomes comfortable with his alternate reality to the point that it becomes his primary reality. He is disinterested in the affairs of the real world, his life defined by the violent delights and thrills of his investment playground. His wife sees through it and recognizes the fraud that he is despite his ability to fool the rest of the world by his virtuous, noble act, his daughter included. And so, her disillusionment with her husband is cemented upon receiving and viewing footage of what he really is since it aligns perfectly with her preconceived notions of what he really is.

Ultimately, William is a tragic figure whose depressing trajectory was kicked off the moment Dolores “betrayed” him when her memories of William were erased. He lets that heartbreak define and guide the rest of his life and becomes a cynic obsessed with understanding and conquering the rules of the game, while trying to go deeper and deeper into his own self-created maze. And so Ford’s challenge of figuring out something that he hasn’t sparks a frenzy that cannot be satiated, not even by his wife, not even by his daughter. The realization is so profound and stark that it causes William to question the nature of his own reality and rip his arm open to confirm whether he, indeed is human after all. In his depraved insanity, he forges a conclusion that perhaps, in the ultimate bid to mess with his mind, Ford forged him into a host.

While that takes up the bulk of the episode, certain interesting developments occur to other character as well. Of particular interest, is the climactic confrontation between Dolores and Teddy who finally begins to achieve sentience by remembering his past memories and the times spent as a virtuous man. That virtuousness finally kicks in and conflicts with his newfound violent programming and leads Teddy to follow what in his mind is the only possible course of action: to take his own life. It’s a cynical end to one of the more beloved characters who was always hailed by viewers as being the right model for a host, in person and principle. Dolores, or rather Wyatt, essentially botched up his character and led him on a downward spiral to his own demise.

Finally, Ford gets two very powerful, almost hallucinatory scenes with the show’s MVPs. With Maeve, he almost appears to her like a vision, proclaiming her as his most loved creation and promising that he will help her escape. The dreamlike nature of the sequence makes it really ambiguous whether it’s Ford talking to Maeve through her programming or Maeve visualizing the former speaking those words as if she actually longed for Ford’s adoration and reverence. Ford and Bernard go through their similar back-and-forth as Ford embeds himself in Bernard’s code and the latter struggles to differentiate between what are his own thoughts and what are malicious feelings fed by Ford’s ghost. Desperate, he removes Ford from his programming completely though one has to wonder whether Ford was really present or was Bernard imagining him in his head all along, unable to distinguish between his own thoughts and Ford’s.

Overall then, the episode is really a showcase for Ed Harris’ Man in Black who degrades terribly as a character in his own image and who finds the harsh reality staring in his face through a mirror cracked. And the pieces move together sufficiently for what possibly looks like a stacked finale though it remains to be seen if Westworld pulls out any twists and shocks akin to Season 1 that leave viewers gasping for breath.