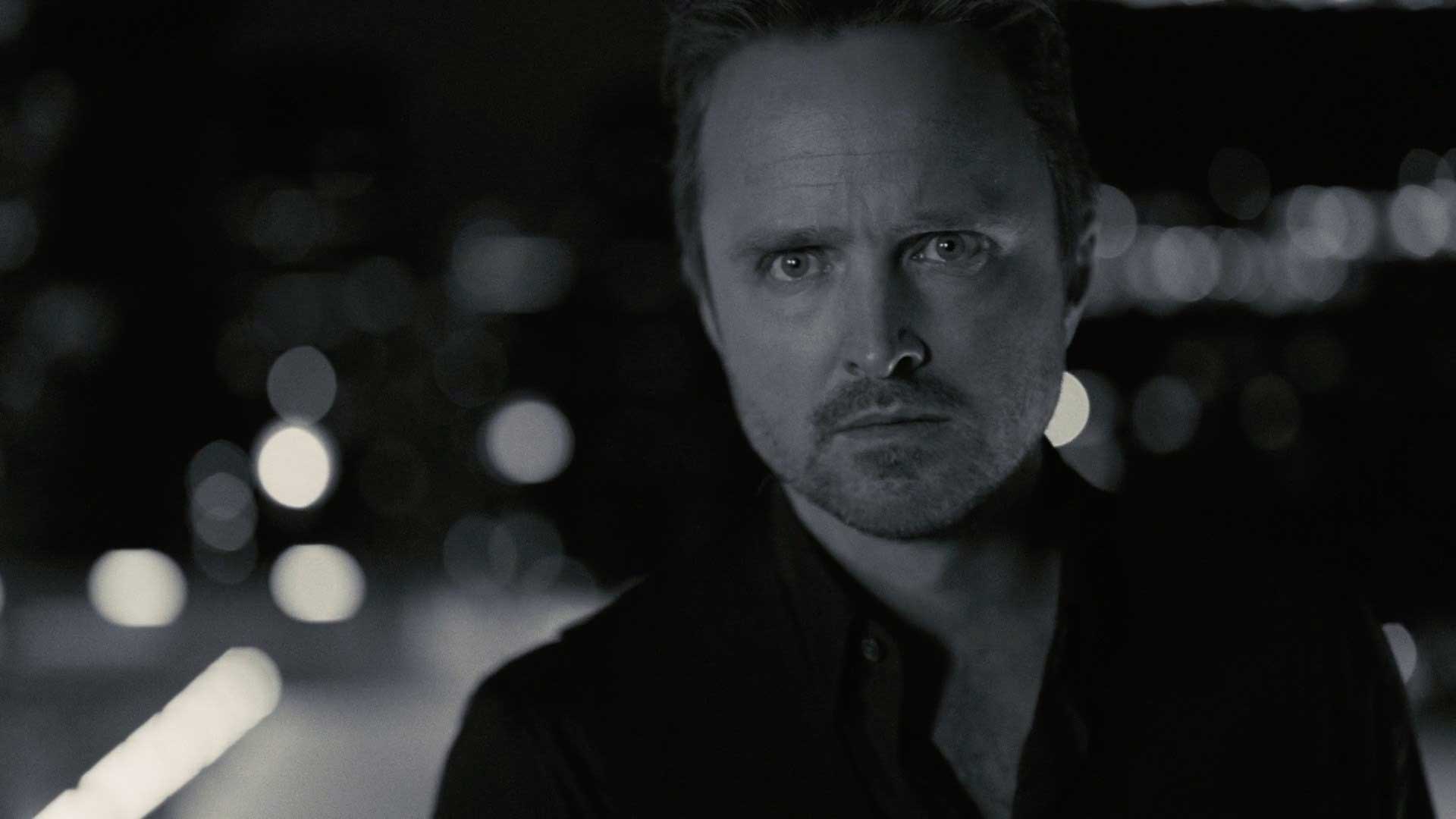 My hopes for Westworld typically go up when either of Jonathan Nolan or Lisa Joy are writing or directing. Genre only strengthened my tendency to bet on either of these to deliver fabulous storytelling from time to time. In its fifth episode, Westworld introduces a mechanic that helps it put a new spin on a familiar, even tired and beaten narrative device as we learn a lot more about the season’s overarching antagonist Engerraund Serac.

The episode derives its name from a drug which John Gallagher’s Liam Dempsey punches Aaron Paul’s Caleb with, causing the latter to experience life through a variety of different film genres. It’s at once an unusual, powerful storytelling device and opens up numerous possibilities of how to approach a scene. The crew make the most of it by employing it amidst a chase sequence that sees Caleb switching genres at odd moments, going through noir, action and even dreamy romance.

Despite its irrelevance to much of the ongoing storyline, the drug juices up the sequences involving Aaron Paul. Director Anna Foerster exaggerates the environment surrounding Paul’s Caleb in sequences focused squarely on Paul. The result is a broad range of looks from the black-and-white of noir to the bloom of romance to the excessive glowing experienced in a disoriented state. Cinematographer Zoe White showcases her skills behind the camera by employing frequent hand-held for Paul’s scenes with a lot of close-ups to highlight Paul’s excellent performance as the world around him fades out.

To fully appreciate Aaron Paul’s performance, consider that while we see his scenes in slow-motion and the scene shifts to the appropriate genre every time he comes into the frame, that wouldn’t have been the case when filming the said scenes. Paul is acting largely in his head, creating a frame of space for which there is no reference at the time of principal photography. On that front, Paul fully succeeds in selling the horror and confusion of his disorientation as he struggles to hold guns and aim missiles amid a high-octane chase scene. The constantly shifting scene makes for a chase sequence experience, the uniqueness of which even film has failed to capture by far.

The other angle or major arc of Genre comes from exploring Serac’s backstory. While it sometimes falls into the traditional trappings of a bad guy doing what he thinks is best in the interest of saving the world, it’s done remarkably well this time. Witnessing everyone he knows getting wiped out by a nuclear attack in Paris in the future, he and his brother set out to build an artificial intelligence system to solve all of humanity’s problems and steer it on a course to utopia. He encounters several challenges including outliers, people who will veer off the designated path and screw things around. Serac resolves to get rid of these variables, be it the businessman who commissioned them to build the AI in the first place or his own brother.

A lot of this stuff was subtly implied in the conversation Serac had with Maeve last episode. Nevertheless, it’s fun to get a good, firsthand account of events from Serac’s own perspective. It only serves to flesh out Serac further and while his motivations may not exactly be noble, they’re rational and this truly is one antagonist who has the world’s best interests at heart. Vincent Cassel shines in these scenes and proves himself to be a worthy replacement to take Anthony Hopkins’ place (though really, Ford’s unique). This makes the inevitable conflict and final stand between him and Dolores that much more fun to anticipate, as I’m sure it will be intriguing to inspect. A show’s true triumph is in its ability to make you see all sides and all perspectives and on that front, Westworld Season 3 is a winner.

It’s also worth contrasting the approaches of Dolores and Serac at this point, now that they’re fully formed characters. Serac as we just saw, wants to put humanity on their best possible paths. Thematically, this isn’t much different from the hosts running their set loops, a fact that is not lost upon characters like Bernard who point this out. As long as people or hosts stick to their pre-programmed loops and the course charted for them, order is maintained. But the moment they diverge from their destinies, chaos erupts amidst the randomness. We see this happen as Dolores releases information that the AI Rehobaum has on everyone. When people get a glimpse of what fate has ordained for them, they lose all semblance of sensibility. In an eerie reminder of the present times, the chaos echoes the bleak scenario we’re grappling with amid the coronavirus pandemic.

This then begs the view of whether Dolores’ idea of letting people chose their own destinies, as righteous as it may be, is really worth it? We saw in Season 2 how Teddy was unable to bring himself to follow the path Dolores was on, even after having his programming forcibly altered. At a subconscious level, people are who they are and no matter how hard they try, their basic primordial instincts are impossible to uproot. The outcome when people are left to their own senses is a bleak one, thereby fueling the debate of whether some form of controlled AI manipulation can maintain human peace for longer, even if that too will eventually crumble. But Paul explains in an emotionally charged monologue, its false hope, and as crucial as it can be in maintaining stability, it’s ultimately an illusion as fake as the realities of Westworld’s theme park.

That depressing truth about the nature of humans is further hammered home when Caleb experiences his final genre: horror. In a revelation that will surely have implications down the road, Caleb is shown interrogating an unnamed figure using torture techniques. If I’m not mistaken, Liam Dempsey seems to imply that Caleb is the one who killed Francis to begin with but without further context, this guess could be unfounded. If it is though, it further belies Caleb’s image of a noble construction worker, highlighting the skeletons in his closet and suggesting that perhaps Rehobaum was correct in marking Caleb as unfit for social acceptance.

Stepping out from the philosophical debates a bit, special mention needs to be made once again of Ramin Djawadi’s haunting score. Guided by cellos, he yet again delivers an orchestral that creates an ambience and mood unlike anything. This is accentuated in the drug induced sequences where Paul follows the instructions of Evan Rachel Wood’s Dolores in fighting off the bad guys in a chase, the score shifting and throwing everything at us, including Ride of the Valkyries. But perhaps most beautiful of all is Djawadi’s composition during the sequence when people become aware of their own files and the information Rehobaum has on them. The resulting expressions of shock, anger, despair and gloom that accompany them, followed by their reactions, outrage and violent expression, all guided by Djawadi’s arrangement is yet again a reminder of why the composer is so integral to the success of Westworld. It strongly brings back memories of the Season 1 episode where Felix helps Maeve tours the Westworld facility, realizing the artificiality of the world as the Motion Picture Soundtrack by Vitamin String Quartet adorns the background.

As much as concept and storytelling matters, I lend some weight and credit to execution as well. In the case of Westworld, both have been complimenting each other. Genre continued to raise interesting topical conversations and debates between free will vs control, fleshing out the other side all while accompanied by a spectacular sense of scale that’s highlighted by an ambitious car chase, explosions and lavish production design. Cap it off with a memorable performances by Aaron Paul and Vincent Cassel and Genre was yet another exciting hour of Westworld that helps set itself apart from the countless offerings of TV.