Westworld delves deeper into the Man in Black as all the pieces begin to coalesce. 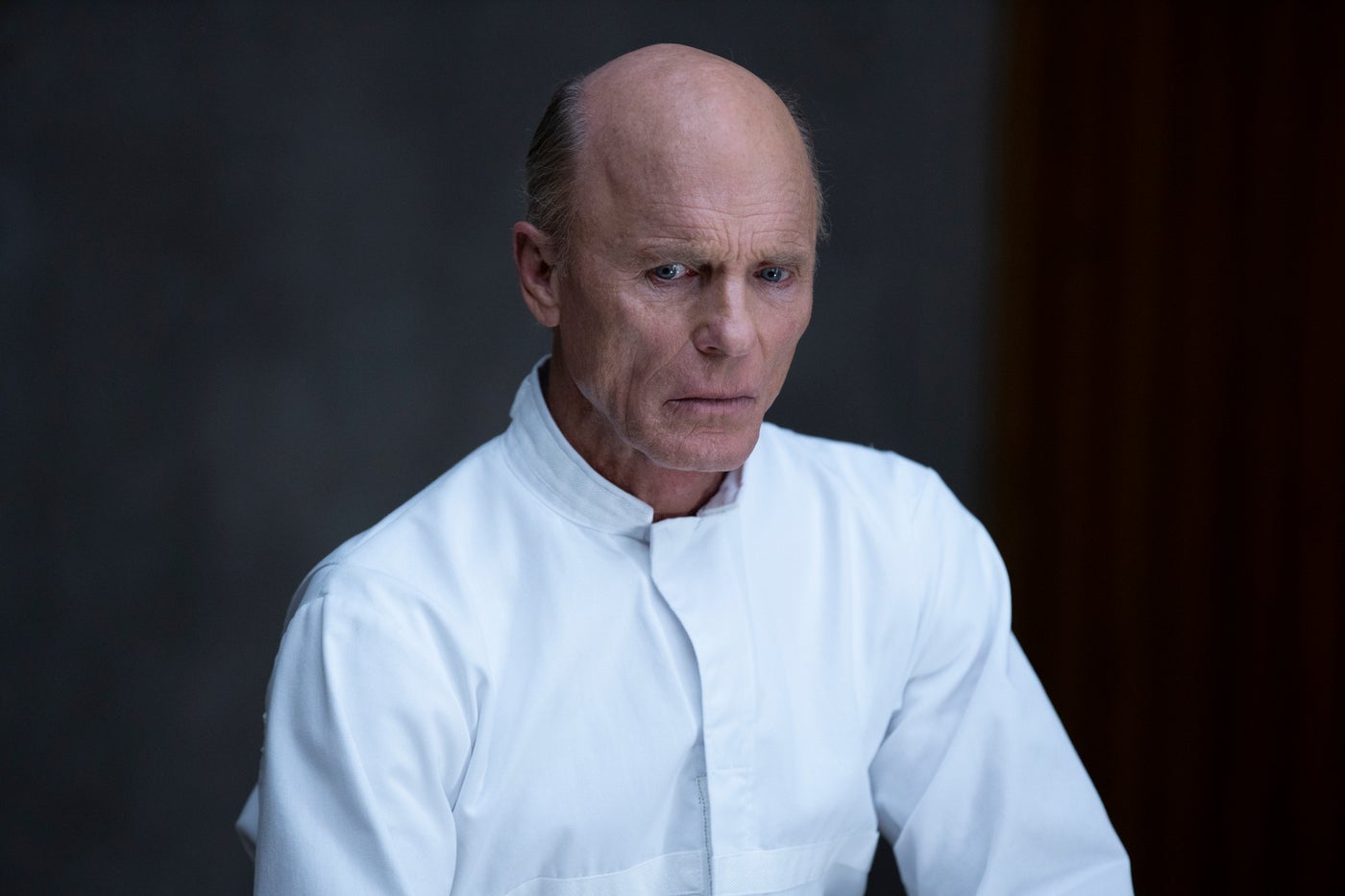 If Jonathan Nolan imbued last week’s Westworld episode with a psychedelic take thanks to the introduction of the hallucinogenic drug Genre, Lisa Joy provides a psychological angle to this week’s episode. Dolores (or at least the main version of her character) and Caleb sit it out as we focus more on the peripheral players, especially Ed Harris’ Man in Black and Tessa Thompson’s Charlotte Hale, with a little something for Thandie Newton’s Maeve. The pieces are moved towards their inevitable conclusion and by the end, their paths are almost on the verge of collision.

Perhaps the single biggest talking point of this week’s Decoherence is about William’s therapy sessions, particularly the use of an Augmented Reality device to treat William’s psychotic breakdowns. It’s always a pleasure to see familiar faces return and the sequence brings back Jimmi Simpson as the younger William (the show keeps finding creative ways of bringing him back) as well as Peter Mullan at his devilish best as James Delos. The scene in question involves William receiving a form of therapy wherein he attends a virtual counseling session with different versions of himself, including as a child. Seeing an even younger William, even if for a fleeting moment, is a welcome addition to the character’s already muddled and complex backstory.

But as the scene reveals, there isn’t any tragic origin story to William’s violent impulses except his own desires. Writers Suzanne Wrubel and Lisa Joy work with director Jennifer Getzinger to mislead us into believing William’s penchant for gore might be something deep-rooted in childhood abuse only to subvert that knowledge by telling us it’s been there all along. This works because it cements the character as what we’ve known him to be since Season 1. It’s only another way of restating the thread we’ve been unraveling since the first season that the violent streak that was buried underneath William all these years was finally unleashed by Logan and there was no going back ever since.

It’s far from the traditional child abuse background that generally serves as the genesis of such kinds of behaviors but it’s a fascinating insight nonetheless. Because the William played by Jimmi Simpson in Season 1 was actually a nice guy whose Frankenstein streak was let loose after a “betrayal” by Dolores, one has to wonder for how long did William have to keep his inner self repressed while going about his daily life. The park actually helped William see himself for what he truly was and be his real self that he’s been since childhood which further explains why it was such a special place for him, one that he kept returning back to over and over.

There’s also the dance between free will vs determinism. At one point, William questions that if he’s been this way since the beginning, did he ever have a choice in how his path unfolded, or was it predestined to end up that way regardless of what he did? There is a poignancy in old William’s defeated reply when he’s himself not sure anymore of which path he was meant to take. None of this is particularly pathbreaking or revelatory stuff but all of it explained in the guise of AR therapy with William basically consoling himself makes, all guided by the Delos founder makes for an ingenious sequence. Ed Harris is once again understated in his performance and introduces subtle variations in his character as seen at different points in time – whether it’s the philanthropic self, the vicious Man in Black or his current self, strapped in leather belts.

Outside we learn the continued chaos that Dolores’ release of user info is leading to. But even as the core Dolores is absent from the episode, her copy in Charlotte Hale’s body is beginning to develop a life of its own. A possible explanation is partly hinted at when Maeve interrogates a Dolores control unit who explains to her that she’s different from the Dolores that’s outside due to their differing choices and experiences. It’s a strong case of how one’s paths and choices often shape their character and determine the kind of person they turn out to be; yet, in some cases as with William, all paths may eventually converge into one end. Hale-Dolores herself is going through a different set of emotions, even developing an attachment of sorts for both her family and her own life. She feels saddened at the thought of just being a Dolores clone in service of Dolores. Once you’ve let sentience loose, you can’t decide who or which copy attains it.

The unmasking of Hale as the host at Incite / Delos leads to the episode’s only major action sequence that sees Tessa Thompson in full Terminator mode, shooting enemies like flies. Her agility in movement and the impeccable fight choreography at display both result in a standout sequence; Thompson’s Hale rushing past Delos’ stormtrooper security with a fierceness and ease that makes a strong case for female-driven action films. But beneath it all is her motherly instincts rooting to get back to her daughter. Ironically, she’s more real than the real Charlotte Hale ever was since her son was the last thing Hale in reality would ever care about. Sadly, that’s what gave the host away in the first place.

It’s quite telling of where the hosts stand in their place amid the human race when at times they’re capable of exhibiting more raw emotions than their human counterparts ever would. While the humans continue to twist the earth for their own devious means, the hosts are the ones on a mission to set it free and perhaps figure out a more responsible way of living. In a wonderful monologue, Serac compares humans to bacteria mounted on a ball of wool, rolling along without an endgame in sight. In essence, we as a species compare to spikes on a wheel, we hurt anything that dares to touch and caress us. The writing really shines in monologues such as these that mines the philosophical depths in characters we’re familiar with.

At its core then, Decoherence is really about understanding what path you’ll end up choosing. The choices made by William and Hale are rooted in their experiences. The line between choice and chance can be really blurred at times, as William’s case illustrates. Strangely, it’s the human who finds himself trapped in this loop of violence while the artificial Hale- Dolores actively pushes against it for a shot at a better life, only for it to end tragically. It’ll be interesting to see what Maeve does with her Dolores copy and if that leads us to a Dolores vs Dolores situation.

As a footnote, I’m as elated to see Simon Quarterman return as Lee Sizemore for a brief appearance as I was to see Rodrigo Santoro possible exit the role of Hector for good. But in Westworld, we’ve learned not to write off an appearance as the final one yet. Ask Jimmi Simpson.