First look at Zachari Levi as Shazam out through set photo

A set photo finally made its way to the internet, sort of showing our first look at Zachari Levi in costume

A set photo finally made its way to the internet, sort of showing our first look at Zachari Levi in costume

DCEUMoviesShazam
By Divij Sonak On Feb 28, 2018 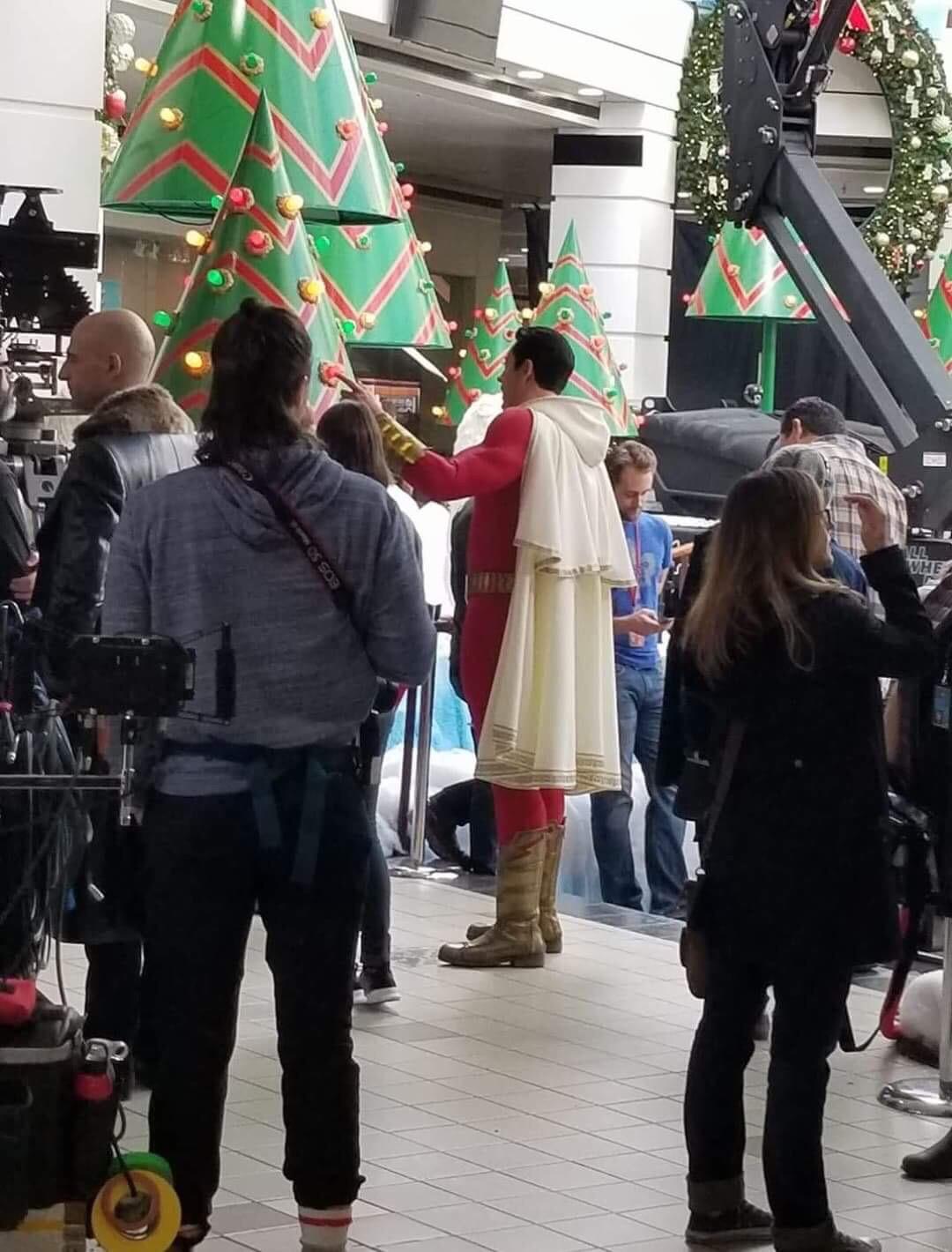 Despite the turbulent production of some of their other DC Comics movies, a few have been moving steadily towards the finish line. Two of these have been James Wan’s Aquaman which recently wrapped production and is undergoing test screenings (which have been rather positive so far) and David Sandberg’s Shazam which is undergoing principal photography at a university campus. In fact, the director has been quite active on social media and had only a few days back revealed the real reason for Warner Bros. holding back on releasing an official picture of Shazam in costume, which had to do with lack of any set photos spoiling the surprise.

Well, it looks like that surprise comes close to being spoiled in this newly released set photos. Courtesy Batman News, a lucky fan was able to finally snap a set pic of Zachari Levi in costume as Shazam, even though the image does not fully spoil the reveal. Have a look at the picture yourself below; as can be seen, Levi’s visible only from the back. It’s a good snap nevertheless and confirms Sandberg’s claims of the costume’s similarities to that in the animated DC film Justice League: War. Hopefully, a few more set pics like this should push Warner Bros. to give us our first official look at Shazam himself. 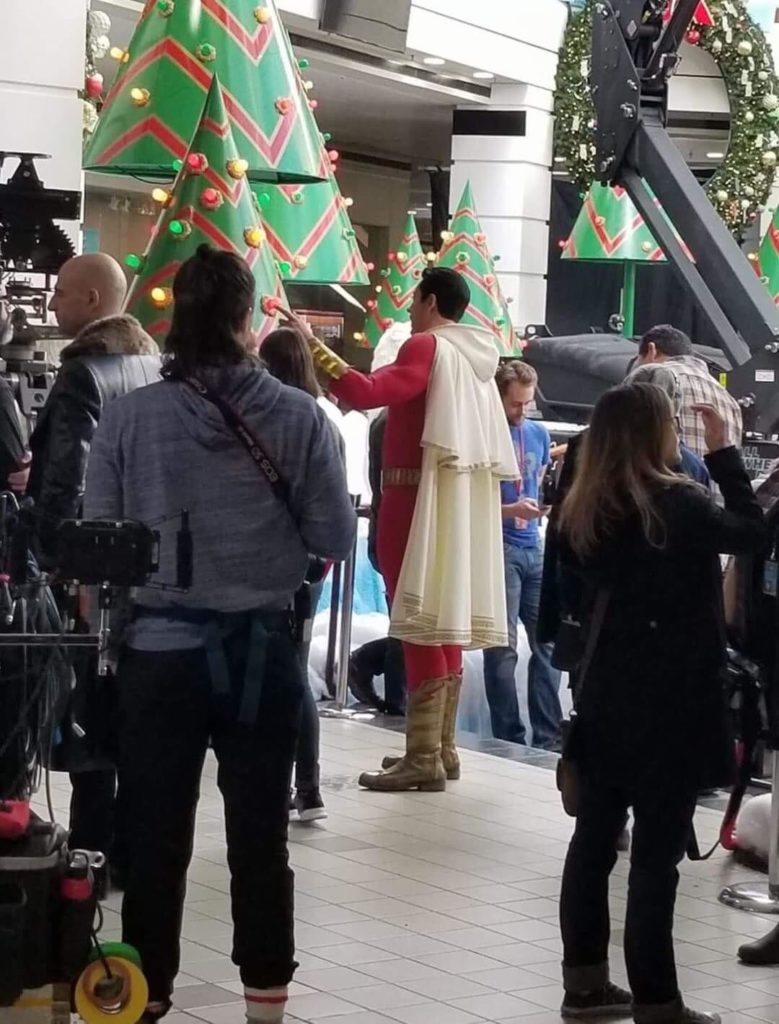 What do you think of the above set pic? Share your thoughts in the comments below. Shazam will arrive in theaters on April 5, 2019.