All three are variants of the iPhone X

All three are variants of the iPhone X

In an event held at last September’s inaugurated Steve Jobs Theater, Apple today unveiled its refreshed iPhone lineup. While the announcement was marred by several leaks, with at least one attributed to Apple itself, the Cupertino giant still managed to keep a few things under wraps.

First, let’s get the heavily leaked stuff out of the way. Apple is introducing three new iPhones this year and, in a radical departure from previous years, they’re all based on the iPhone X model. That’s right, the bezel-heavy signature look of the iPhone with the Home button that last received a refresh in 2014 is gone and the notched, buttonless iPhone X design is now the standard. The two variants are called the iPhone XS and iPhone XS Max and differ largely in their screen size and battery life.

The iPhone XS has a 5.8” OLED Display with a resolution of 2436 x 1125 pixels (458 ppi). On the XS Max, that display stretches to 6.5” and the resolution is bumped up to 2688 x 1242 (gotta hand it to Apple for choosing the weirdest of pixel counts). The displays are rated IP68 for water, dust and splash resistant, in a move that’s sure to please Apple enthusiasts. They support Wireless Charging, Bluetooth 5.0 and Gigabit LTE with dual SIM capability introduced for the first time, although that will work with Apple’s eSIM technology in the US. In China, a dual SIM variant allowing for two physical SIMs to be inserted on either side of the SIM tray will be introduced.

Apple touted the prowess of its camera by showcasing some impressive images from the iPhone X, one of which was featured on the cover of TIME Magazine. The cameras now have something called Smart HDR, which allows the in-built memory buffer to hold as many as four shots with different settings, alongside an additional four shots with varying shadows and highlights, with the resultant image obtained from a combination of the best shots. The bokeh / depth is also adjustable; you can control how much background blur you want after the image has been captured. Quite amusingly, Apple announced it to be an industry first even though Samsung accomplished it a year back with the Galaxy Note 8. 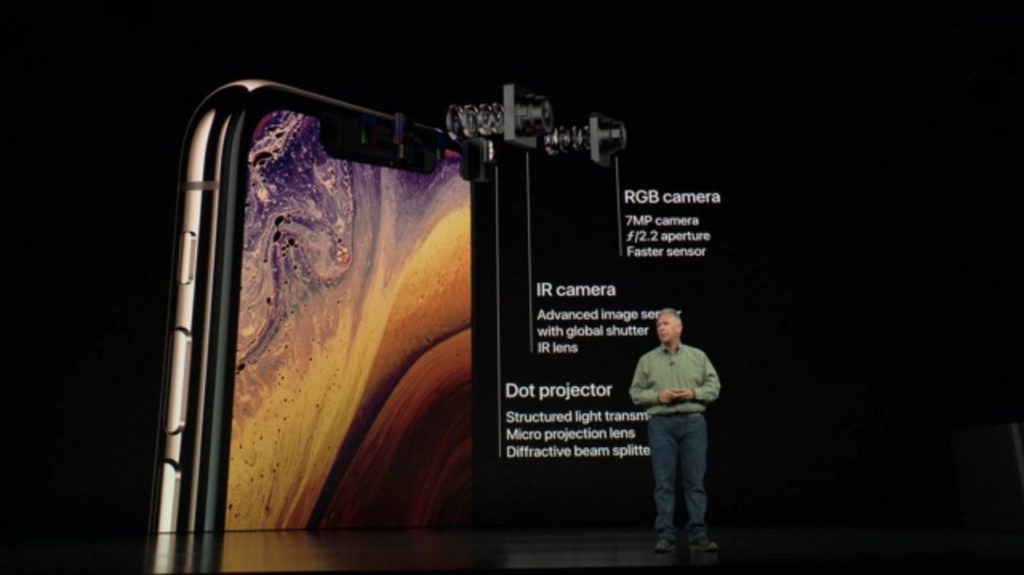 It’s the third iPhone however that’s the most interesting. Dubbed iPhone XR and rumored to mark Apple’s entry in the “budget” space, it features a 6.1” Liquid Retina display with a 1792 x 828 resolution and 326 ppi pixel density. It also packs a single camera instead of the dual-camera module of its XS siblings. Other than that, it comes with the same camera enhancements (Smart HDR, Adjustable Bokeh, Portrait Mode), video recording modes and A12 bionic chip as the other two iPhones. What’s more, it also includes the 120 Hz touch sensing for the Touch UI allowing for super-smooth touches even though the UI itself renders at 60 FPS.

As usual, the event was graced with some impressive demos. To showcase the power of the new iPhones, The Elder Scrolls: Blades was played live on stage displaying some impressive graphic and lighting effects, all rendered in real time. Next up was Homecourt, a nifty little Basketball training app that uses Apple’s Machine Learning chops through CoreML to live-score basketball goals while also giving additional insights on each goal such as release time, field angle and others. Finally, Augmented Reality made a presence as well as three players competed to play the same Arcade game, with the winner ending up on an Arcade leaderboard accessible through iOS 12’s shared AR perspective. 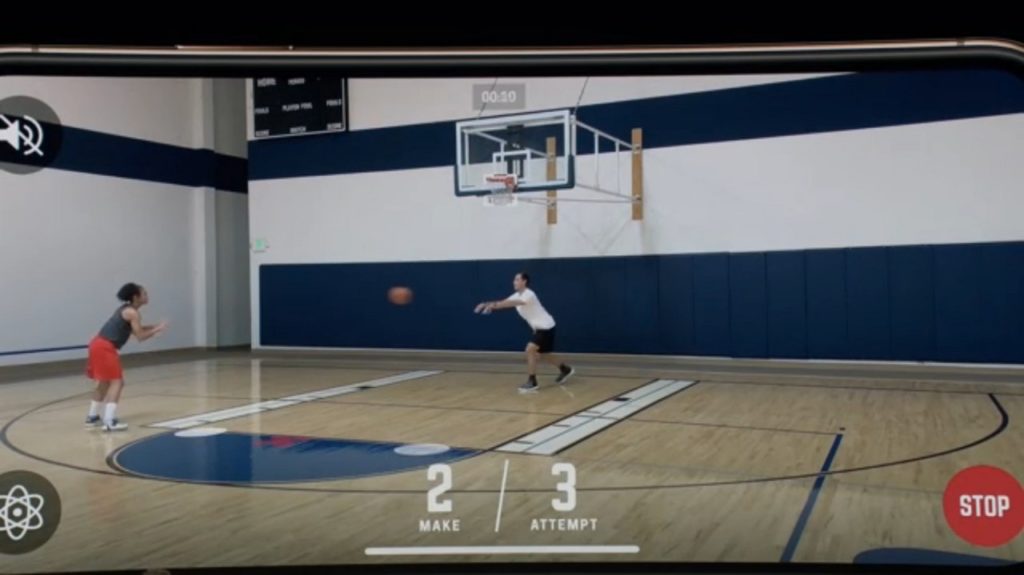 The XS models will be available for pre-order beginning September 14, 12:00 AM PDT, with pre-orders for the iPhone XR opening almost a month later, on October 19, 12:00 AM PDT. That difference is due to difficulty in producing and sourcing the LCD screens. The packaging will include lightning pods, a lightning to USB cable as well as a 5W USB Adapter for all iPhones. The iPhones are all priced upwards of $700, with the iPhone XR retailing for $749, the iPhone XS costing $999 and the iPhone XS Max priced at $1,099. This is among the few things that the leaks didn’t get right.

So what do you think? Are the iPhones even further out of your league? Do they pack some impressive specs? And is the iPhone XR making you consider buying an Apple product? Let us know in the comments below.

Henry Cavill No Longer Superman, Michael B. Jordan Being Considered As Replacement?