Apple announced iOS 12 bundled with a slew of new updates

Apple announced iOS 12 bundled with a slew of new updates 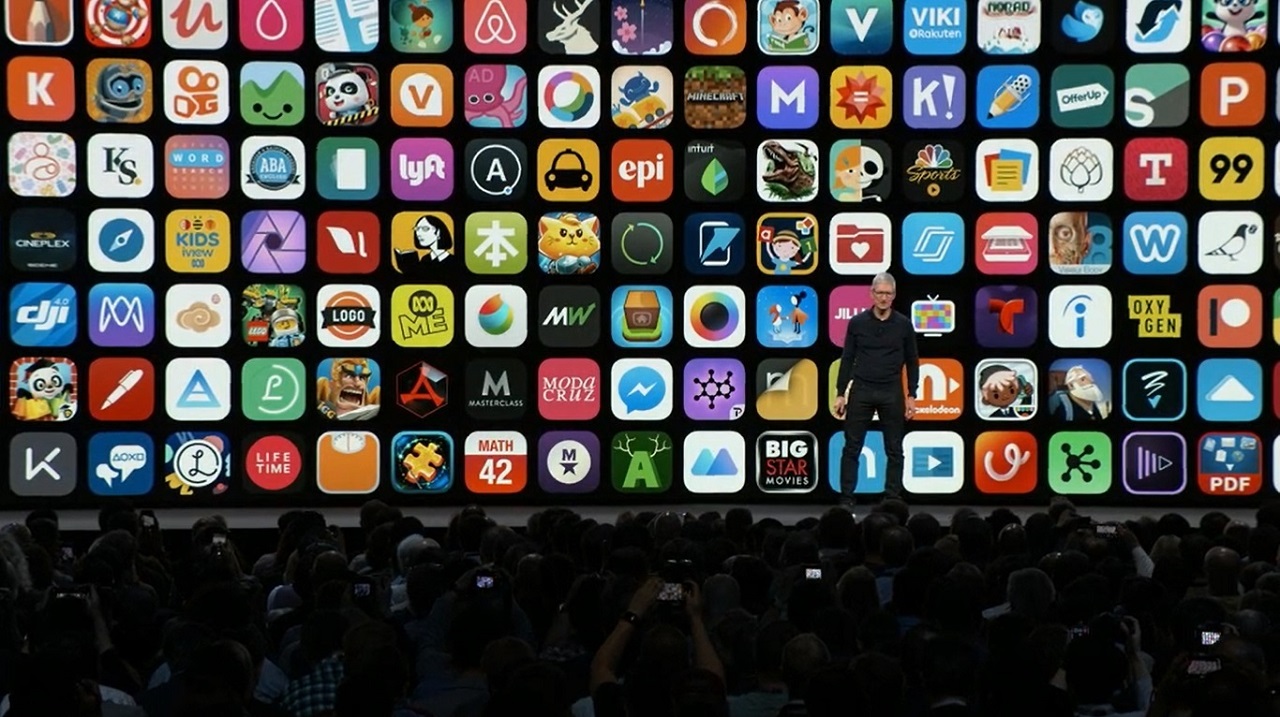 Apple hosted its own Worldwide Developer’s Conference at San Jose, California today and announced new versions of its popular operating systems, including iOS, watchOS, tvOS and macOS. Apple CEO Tim Cook quashed any doubts about new hardware announcements when he took the stage earlier and declared the event as being exclusive to software launches.

As is customary with Apple presentations, CEO Tim Cook began the keynote with a few important statistics. Cook revealed that around 20 million developers are a part of the Apple ecosystem with over 6,000 developers present in attendance at the 2018 event. Whereas last year was the 10th anniversary of the iPhone, its the App Store that turns 10 this year. The App Store has seen over 500 million visitors per week with 350,000 apps written for the store in Apple’s programming language Swift. Revenue earned from the App Store by developers exceeded $100 billion. 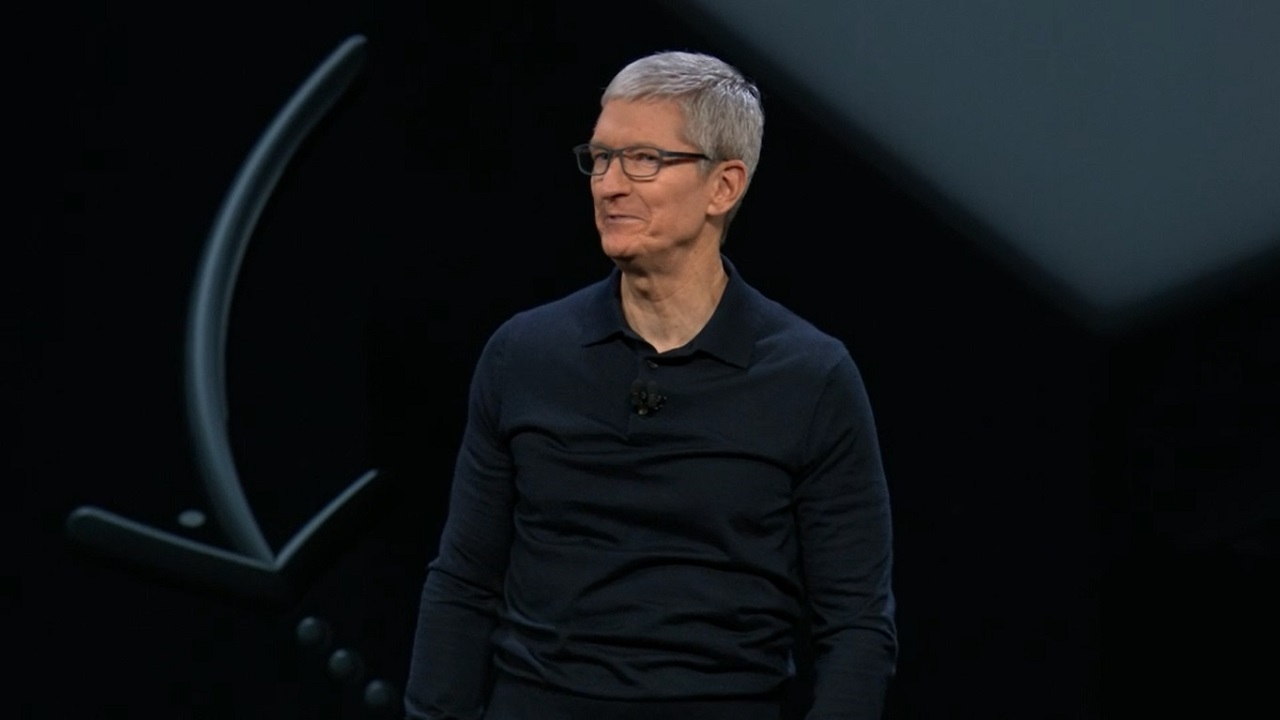 The keynote then kicked off with updates to most of its popular operating systems. We’ll be covering the iOS in this article.

As entirely anticipated, Apple announced the iOS 12, offering a slew of upgrades to the decade old operating system. Perhaps in direct response to the controversy surrounding its admission of slowing down older iPhones to a certain extent last year, Apple Senior Vice President of Software Engineering Craig Federighi declared that iOS 12 would be coming to all devices currently selling in Apple’s line-up, all the way back to 2013. He also shared some improved app-launch times from test runs on 2015’s iPhone 6S, citing 40% faster app launches, 50% faster keyboard pop-outs and a 70% improvement in getting to the camera. App launch efficiency under load also doubled, a feat possible by the optimized utilization of CPU in iOS 12 which allows Apple to accelerate CPU speeds instantly rather than follow a bell-curve.

Apple also took a not-so-subtle dig at Google when comparing OS adoption rates. In a slide it presented, we saw that while 81% of people had adopted to iOS 11, only 6% of Android users were on the latest build. iOS also saw a customer satisfaction rate of 95% though with the issues plaguing iOS users in the last year or so, we doubt the measurement of that metric.

Craig next talked about some of the more important improvements in iOS, starting with the most hyped one:

Apple gave a massive push to AR last year with its proprietary ARKit API, which it open-sourced to all app store developers. ARKit 2.0 was all but a given then this year. Apple started off small, by demoing a nifty new app called Measure that allows you to measure the distance between any two points of an object in the real world. The app can also calculate areas of certain pre-configured objects like the rectangle in a rectangular photo frame. This could have great use in areas like e-learning. 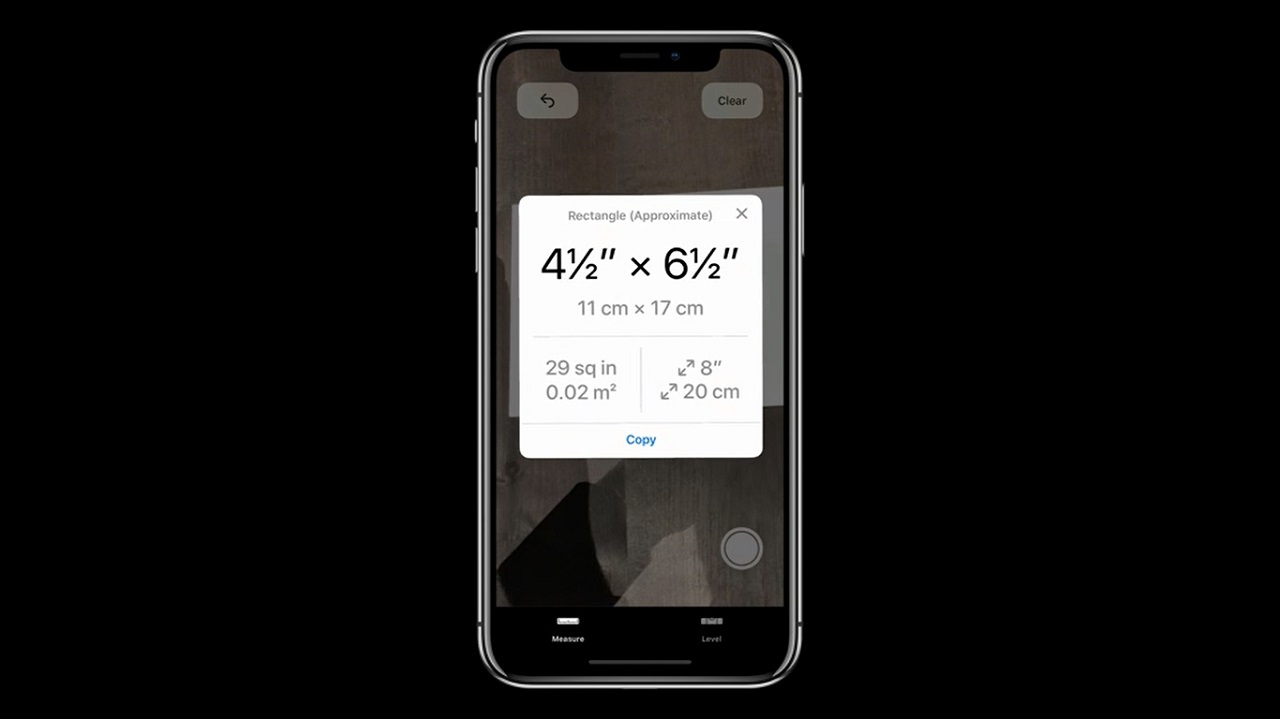 Apple collaborated with Pixar on developing a new object file system called Universal Scene Description or USDZ, that is optimized for storing and sharing 3D objects in real-world settings. Demonstrating some use cases of this particular tech, Apple’s Craig explained that it allows inserting vivid realistic 3D objects amidst news articles that can be viewed, rotated and admired in full-glory, as also allows you to view the object you’re purchasing in real-time 3D by placing it in your current location. That latter use could have serious applications in e-commerce and revolutionize the way you shop at Amazon, so really cool stuff. 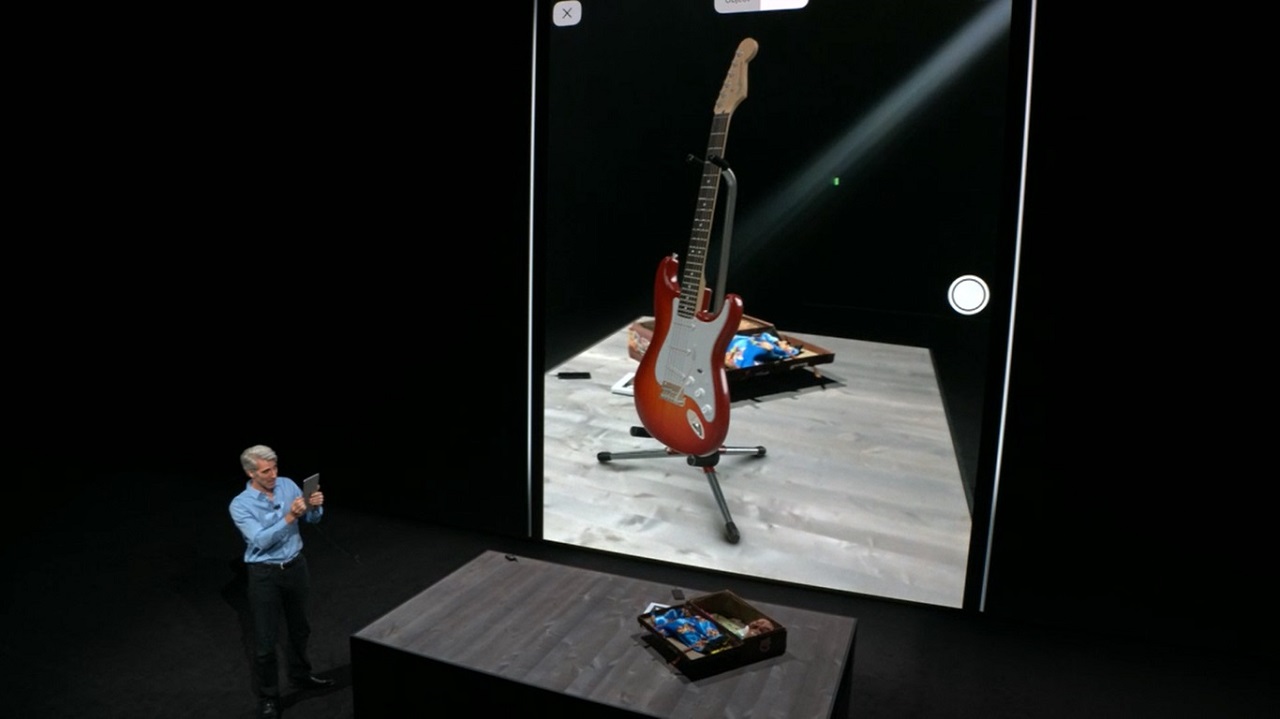 Finally, Apple also confirmed shared spaces through AR that allows you and your friends to turn on your AR apps and enjoy a shared experience through a game or a movie. This was demonstrated on stage by Lego who tied-up with Apple to create AR-enhanced set pieces that brought a physical Lego set to life inside an Apple device.

Apple introduced Search suggestions to its Photos service. Inspired by Google Photos, it provides suggestions to search photos by Moments, People, Places or Categories or even go deeper by searching Places by Business. Search has up to 4 million events indexed for you to search from. 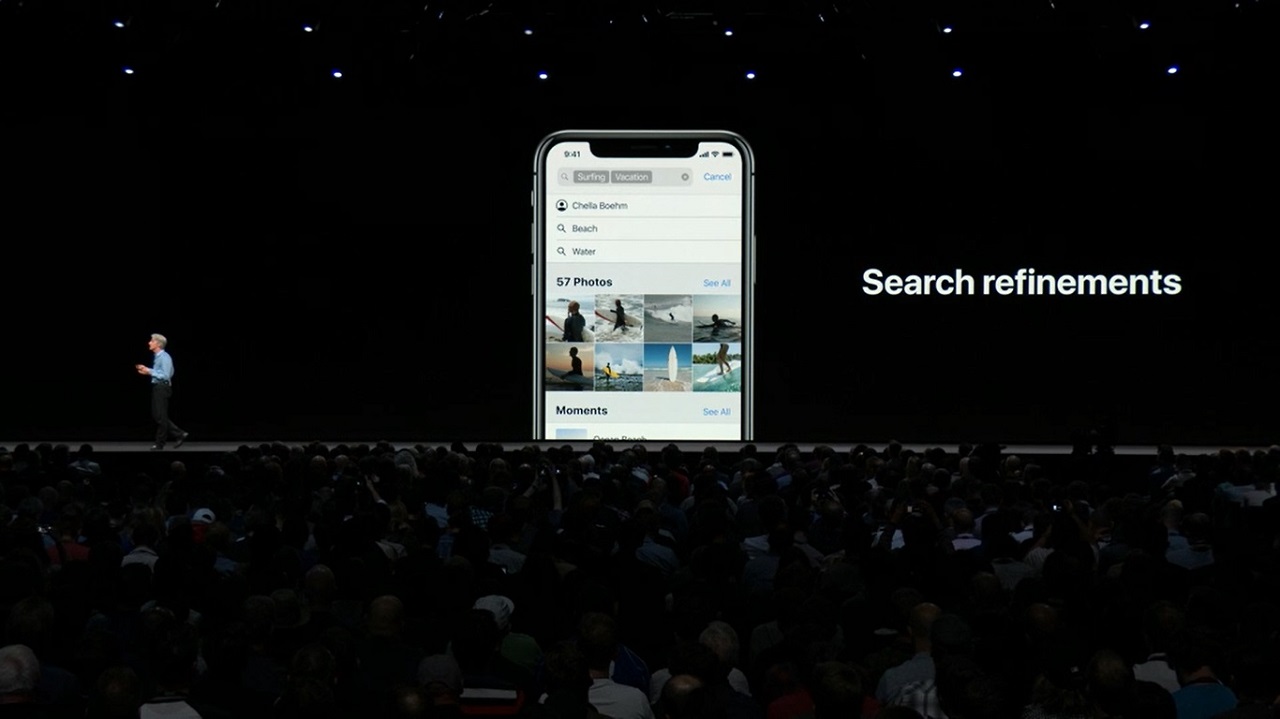 Most would agree that Apple has been left behind in the Voice Assistant race despite starting off first. At this point, anything Apple does with Siri is largely playing catch-up, even though it doesn’t plan on abandoning the platform at all. To that end, Apple introduced Shortcuts, a new app-cum-feature allowing you to add custom voice-based shortcuts to Siri to let it perform certain actions quicker. 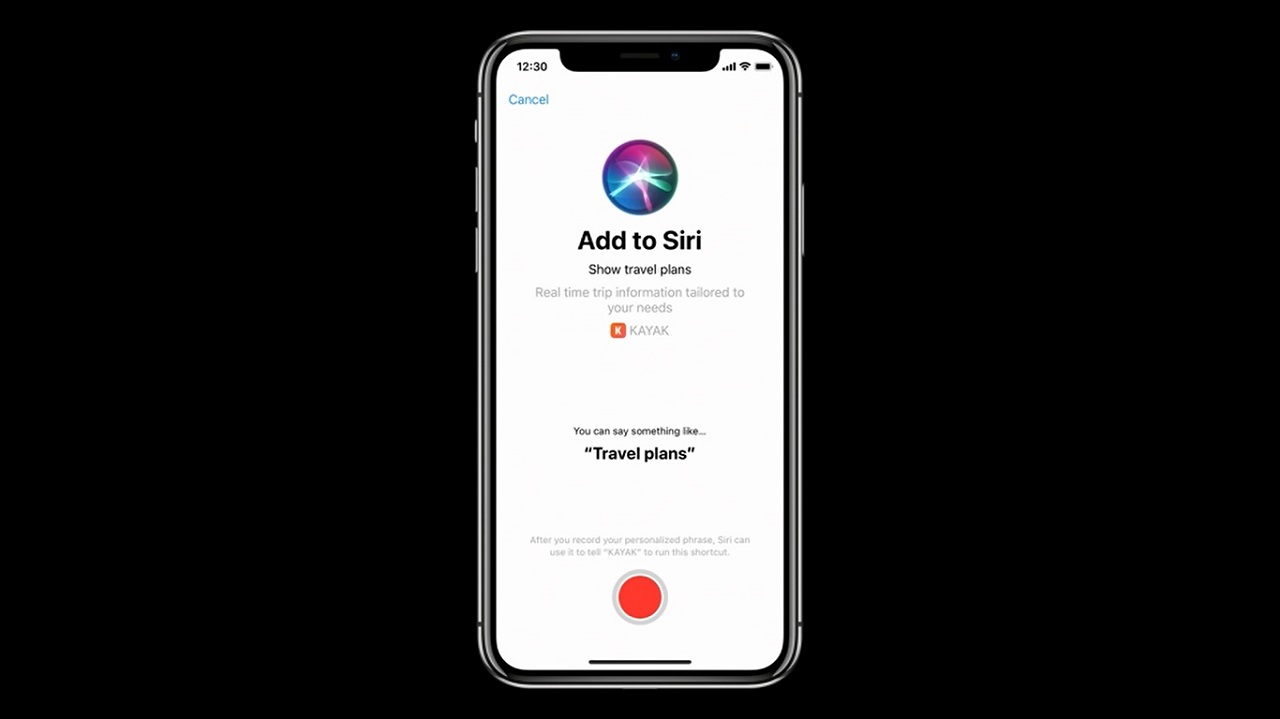 Thus for instance, you could add a voice shortcut that says Gym Time and map Siri to open the Fitness app upon uttering those words. Or, as demoed on stage, you could map Travel Plans with Siri to have the assistant open up your daily itinerary stored in Kayak. The possibilities are manifold. 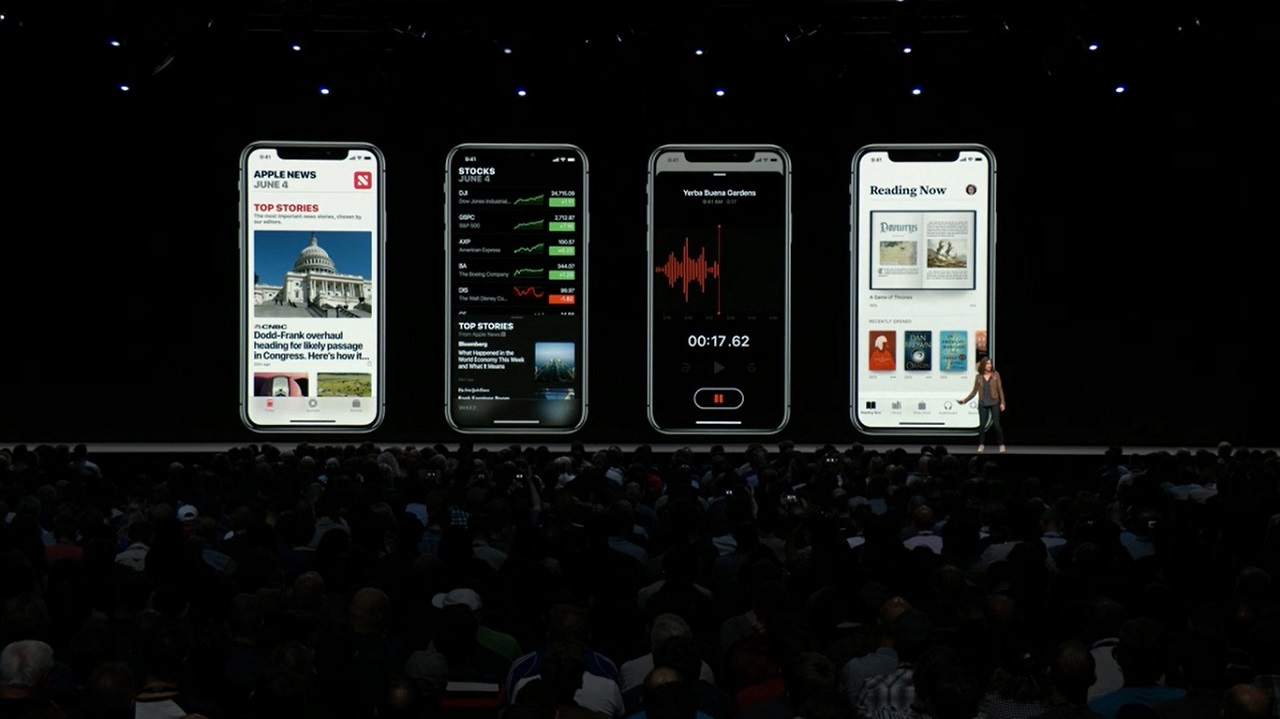 Apple’s stock apps also got some updates. News, Stocks, Voice Memos and Books all got redesigns and were largely rebuilt to take advantage of the improved hardware and Apple’s new design guidelines which it applied to the App Store last year. Stocks now comes with news integrated while Voice Memos come with iCloud support. Finally, Car Play got third-party navigation support allowing the use of Waze, Google Maps or other third-party map services, much to the audience’s delight.

In another widely expected move after concerns about app usage sparked last year, Apple took the responsible step and implemented features to limit excessive user interaction with devices. These features largely come by virtue of three major changes. First, the Do Not Disturb setting allows you to prevent the phone from sending you notifications. Think of it as a Mute functionality, only that it applies to your iPhone instead of just an app. You’re gradually eased into notifications once the time period expires. 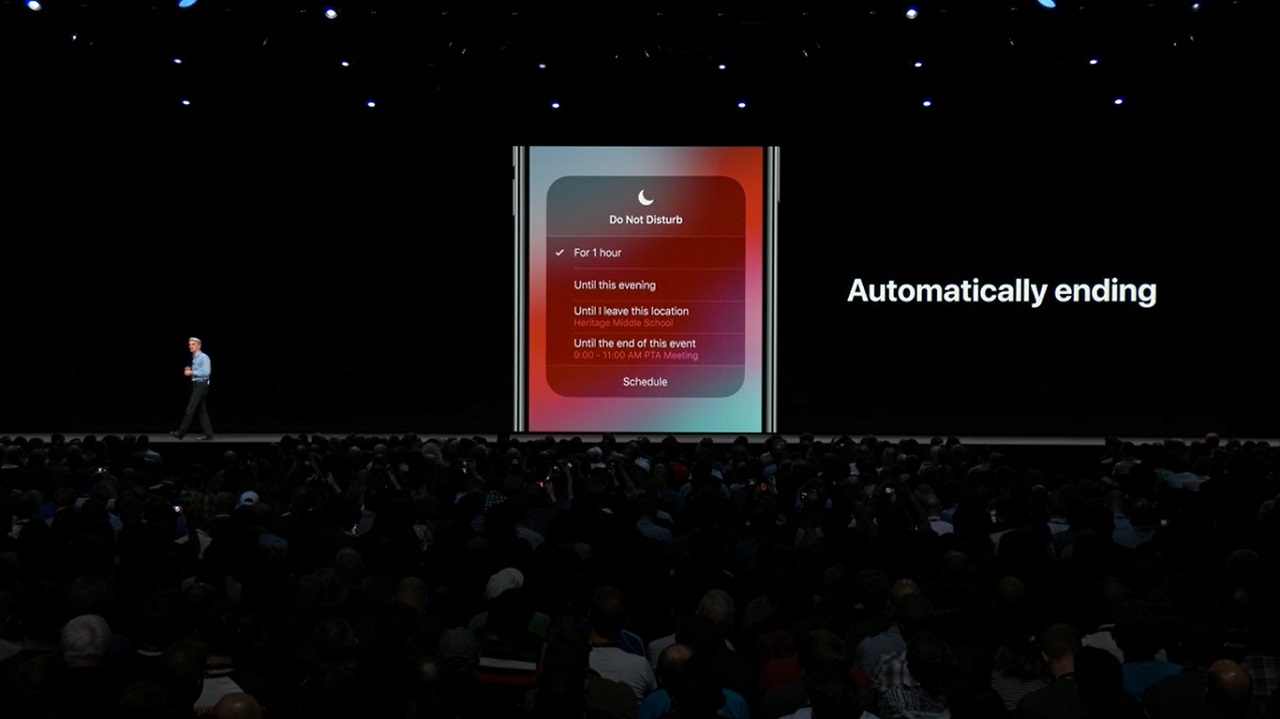 Second, Notifications are now grouped by apps, an announcement that was met with a thunderous applause. It’s now possible to branch off a tree of notifications from the same app, to reduce the clutter on the notifications screen. iOS 12 also imbibes each app with the option to either reduce too many notifications or turn them off for an app entirely. 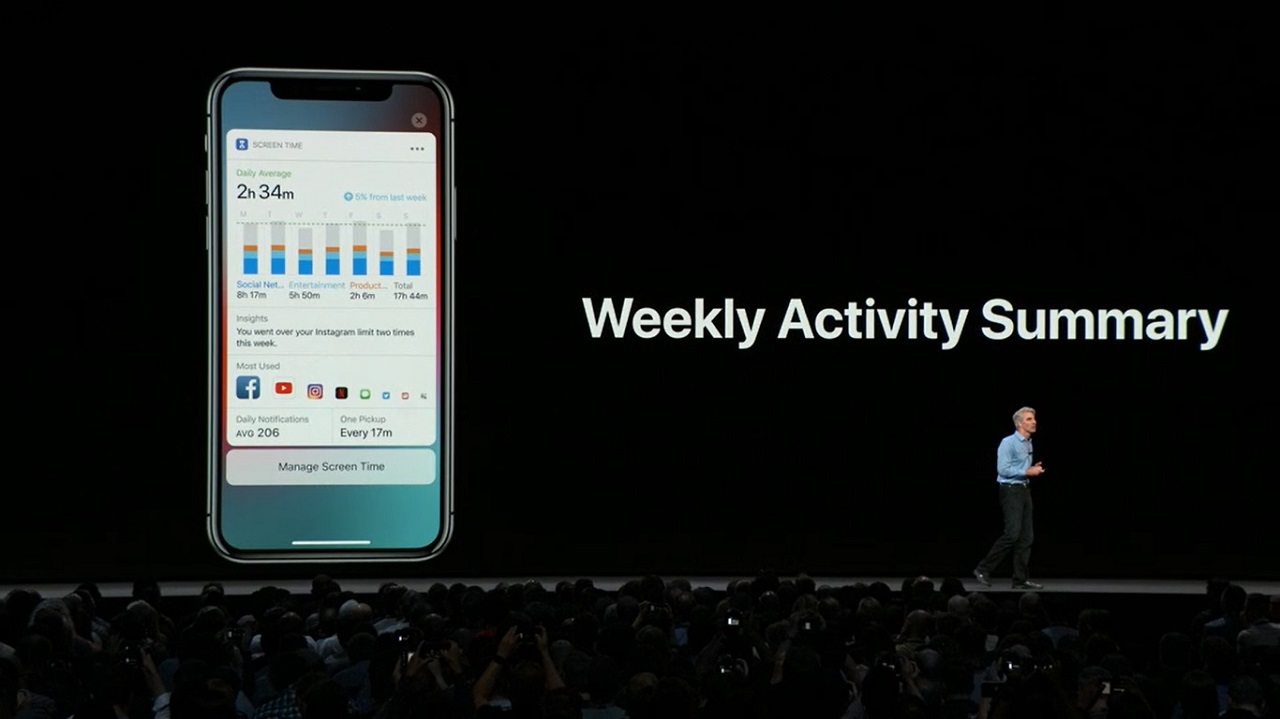 Finally, to limit your interaction with the phones, Apple with present Weekly Summary Reports of how often you’re using your device and specifically, what activity is consuming your time. The detailed report is impressive and highlights such details as the time spent since the last time you woke up your phone, down to the app that consumed the most time, and how much. And if you want to limit the time spent on a particular app, you can simply set so and it will shut off the app after the said usage time is over (of course you can always choose to override it).

Lastly, Apple offered some updates on the communication front, specifically its Animoji. iOS 12 upgrades Animoji to the next level, by launching something called Memoji. Essentially, a Memoji is your personalized Avatar serving as an Animoji and is a feature many had desired since the launch of last year’s iPhone X itself. With Memoji, you can create Animoji that resemble you in a cartoonish sense, making conversations interactive. The tracking on the Animoji is accurate as always and the stage demo echoed facial movements and lip-syncing in real time. 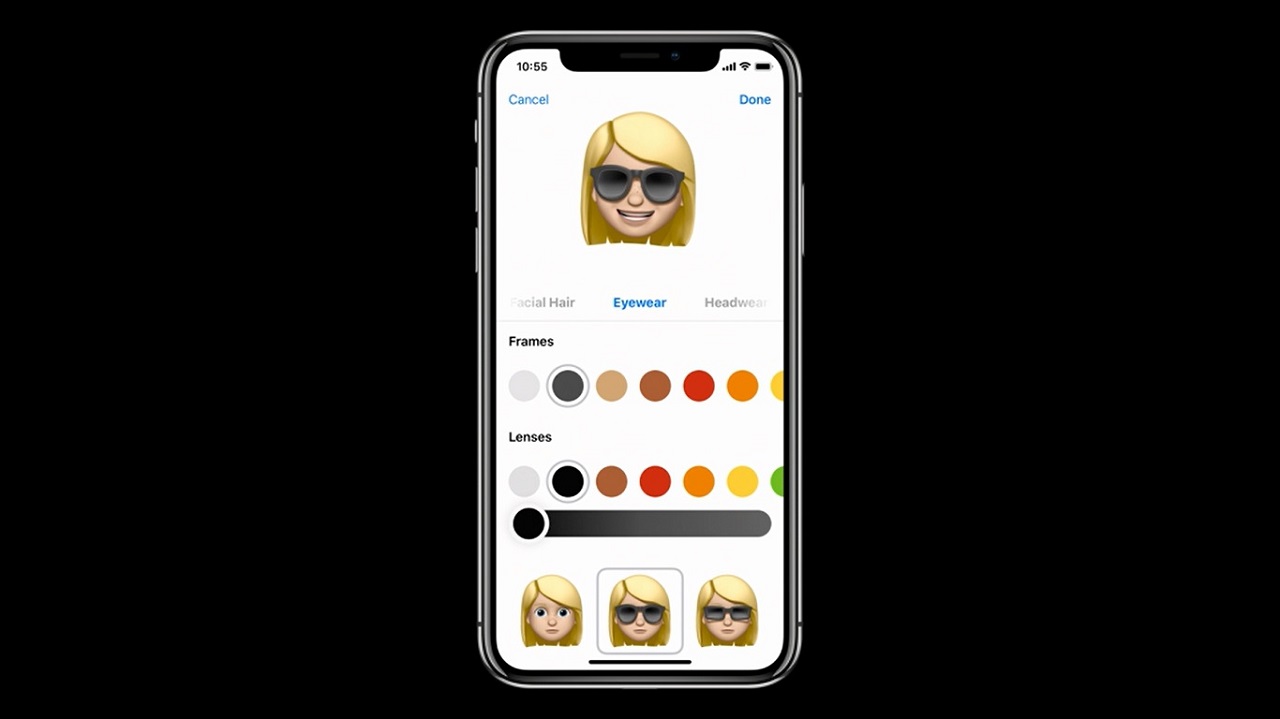 Facetime also got a major upgrade in group calling. Apple supports an astounding 32 people in group call. A live demo conducted with probably half that number ran smoothly on stage without any hiccups though you have to wonder if people would have the bandwidth to include so many people in a group call. And lest the calls get boring, you can use Animoji and Memoji in Facetime as well.

That’s it for updates for iOS 12, Apple’s next iteration of the popular mobile operating system. We’ll add more info about the other updates in the coming few posts so stay tuned.