The new Mac Pro boats of some impressive specs. 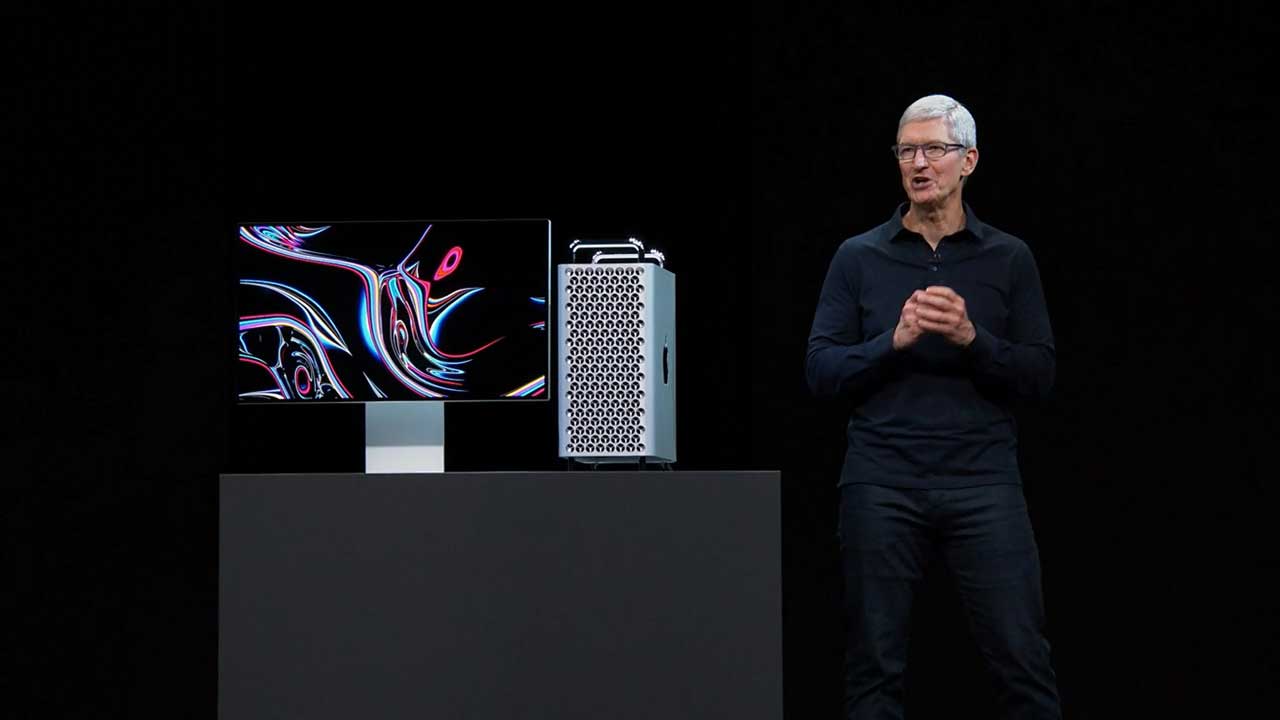 Apple today announced a plethora of OS updates at its Worldwide Developer’s Conference. But for hardcore hardware fanatics, Apple had one major surprise at WWDC 2019 as it unveiled a brand new Mac Pro. Make no mistake, the Mac Pro is one monster of a computing system capable of supporting workloads that will make the geek in you salivate. And yet, it comes with an insane price tag that will also make you sweat.

Let’s get down to the specs. The Mac Pro has a sleek new design with a cabinet that comes with a removable stainless steel cover. Designed for modularity and flexibility, the new cabinet comes with wheels and a massive cooling system of three gigantic fans. And that’ll be needed given the specs at which this system maxes out. The Mac Pro supports up to 28-core Intel Xeon CPUs and features 6 memory channels with 12 DIMM slots for supporting ECC memory clocked at 2.9 GHz. As a result, it’s capable of holding up to 1.5 TB of RAM.

Apple is also bringing support for external connectivity in a big way. First off, PCI-express is back. The slot that allows for connecting external peripherals such as video cards is present on the Mac Pro that has not one or two but 8 PCIe slots. This should be capable of holding up to two Radeon Pro Vega II GPUs in a dual configuration, providing 14 Teraflops of power at 64 GB of High Bandwidth Memory. Apple also suggested you can stack four of these for an insane 128 GB of HBM. This gives you the power to run three 8K streams simultaneously, or twelve 4K streams.

It’s not going to be easy powering this beast of a system, which is why it’ll come with a 1.4kW power supply, a statement that drew audible gasps and laughter in equal parts. In addition to the system, the Mac Pro comes with a Pro XDR Display, with Apple coining a new extension of HDR dubbed Extended Dynamic Range. This is a 6K Retina display that features super-wide viewing angles and is mounted on an agile stand that allows lots of flexibility maneauvring the display, including the ability to tilt it for portrait mode.

The Mac Pro will start with a base configuration of an 8-core Intel Xeon CPU, 32 GB of RAM and a 256 GB SSD along with Radeon Pro 580X Graphics for an insane starting price of $5,999. The display will cost you a separate $4,999. By marketing its most ambitious features and delivering the price of the most basic configuration, Apple sure knows how to sell its products to users. There’s no denying the impressiveness of the Mac Pro; I’m just not sure it’s worth that price.