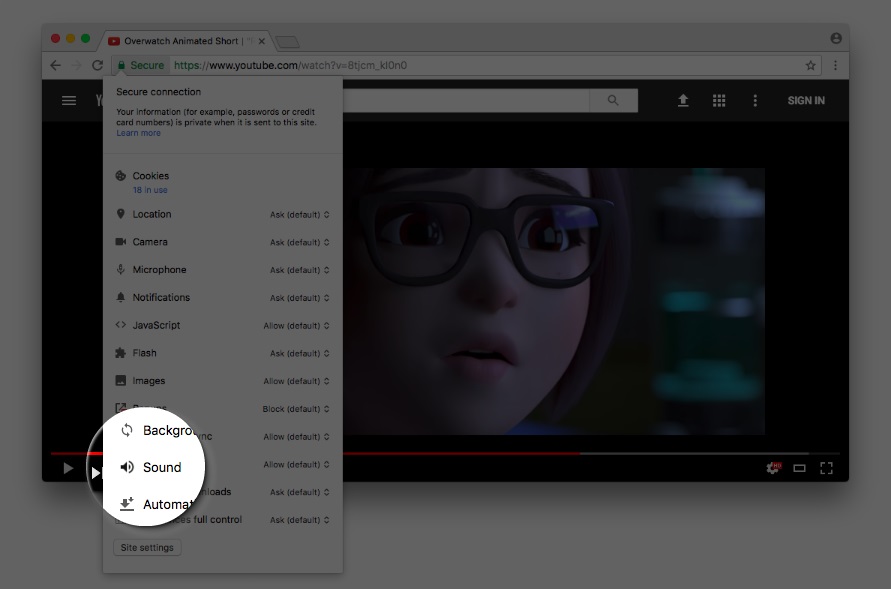 After announcing its intent to implement a filtered ad-blocker of sorts to block low-quality ads from within the browser itself, Google’s Chrome is experimenting with another feature that could bring an end to a particularly annoying activity that some websites indulge in. Google is testing an option to allow muting the sound from a website entirely. The setting, once enabled, shall stay permanent for the website in question unless explicitly revoked by the user.

The news was initially spotted by Android Police before being announced on the (largely dormant) social media platform Google+ by Google developer Francois Beaufort. The option is available from the Chrome menu that shows up for every site when clicking on the security icon at the top left of the browser URL bar. Enabling the option is as simple as flicking a digital switch with the click of a mouse. The option is currently available in the Canary build of Chrome and seems to be implemented only for the Desktop version.

The move aims to be part of a broader effort by Google to crackdown on annoying internet behavior .Previously, the search giant made some amendments to its advertising policy to discourage pop-up ads that show up unexpectedly and rather forcefully that deliberately trick the user into clicking them. Much recently, Google was working on additional changes in Chrome that would allow blocking low-quality ads from within the browser itself. This move comes along the same lines and is bound to be welcome with open arms by the internet community since auto-playing website videos that start off with sound enabled are an annoying sight for people browsing the internet in offices and other restricted areas. It’s all the more better should this translates into website publishers reducing such content for fear of their site being muted.

Facebook Game of Thrones Filter turns you into the Night King