The software giant appears to have been hit by a major outage.

googletechnology
By Divij Sonak On Jun 3, 2019 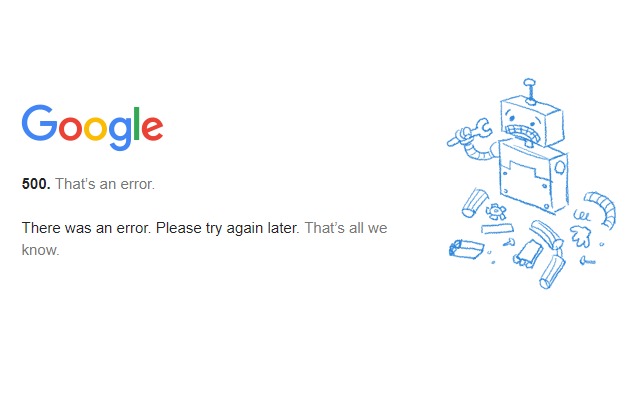 If you’ve been wondering whether your internet is misbehaving for YouTube, Gmail and other Google services running slowly, you’re not alone. It appears Google is down and has been hit by an outage that affects a majority of its services including YouTube, Analytics, Classroom, Adsense, Maps and a plethora of other services.

The outage reports began coming in about 30 minutes ago. Downdetector currently has over 4,000 outages listed for the software giant sapnning a wide variety of products. This is a developing story and we’ll keep updating this with more details as they arrive.

It appears that the outage is concentrated toward Eastern United States in regions over Pennsylvania, North and South Carolina as well as New York. Below is a map depicting the outage areas in the USA.